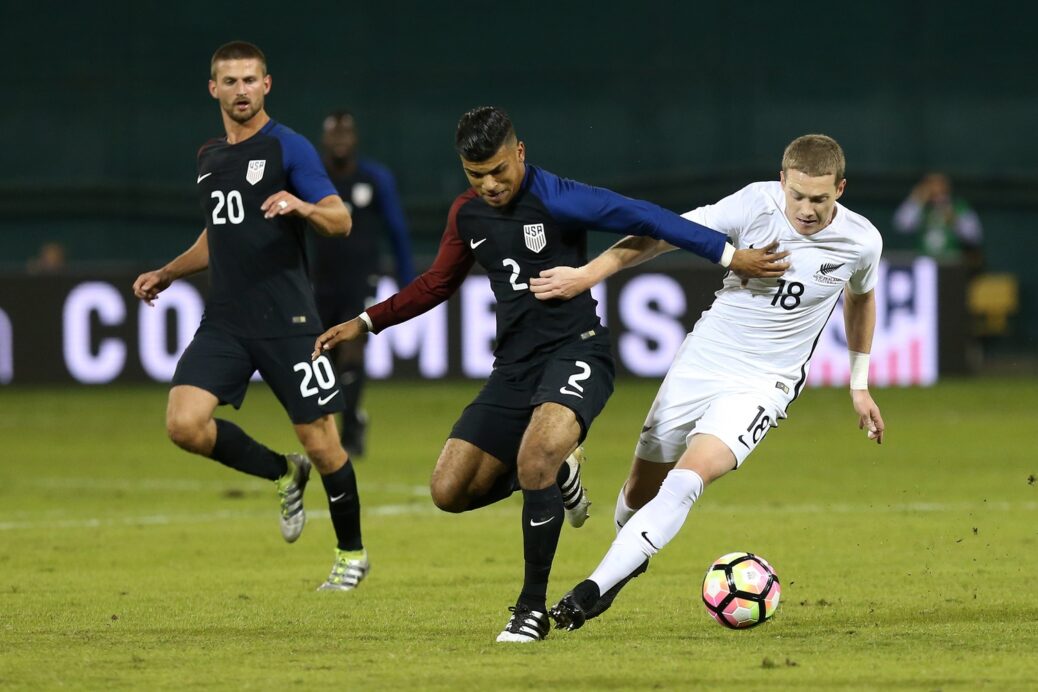 The U.S. and New Zealand played to a 1-1 draw in a friendly at RFK Stadium on Tuesday night after a pair of mistakes at the back led to the two goals. Julian Green scored for the Americans in the first half before Monty Patterson found an equalizer in the 72nd minute, but each strike was at least in part due to some shoddy play in between the pipes.

Green’s strike came in the 27th minute. The left winger dribbled forward after receiving a flicked pass from Jozy Altidore, cut in on his right foot, and hit a low effort towards the near post. The shot possibly could have been saved, but New Zealand goalkeeper Stefan Marinovic failed to react and only watched as the ball nestled into the back of the net.

The Kiwis pulled level midway through the second half when some subpar marking on a set piece allowed Patterson to rifle a low ball to the near post. Substitute U.S. goalkeeper David Bingham seemed to have the shot covered, but allowed it to skip between his legs and over the goal line.

Jurgen Klinsmann’s side, which played the match in a 4-3-3 formation, nearly found a late winner when it aggressively threw more numbers forward. Both Danny Williams and Michael Bradley had their attempts saved well by Marinovic, however, to end the match in a stalemate.

With Tuesday’s tie, the U.S. finished its October camp with a win and a draw. The Americans had gone on the road and beaten Cuba, 2-0, in a historic friendly last Friday.

All of the U.S.’s attention now turns towards Mexico. The North American rivals will begin the final round of CONCACAF World Cup Qualifying against one another in a much-anticipated showdown at Mapfre Stadium in Columbus, Ohio, on Nov. 11.