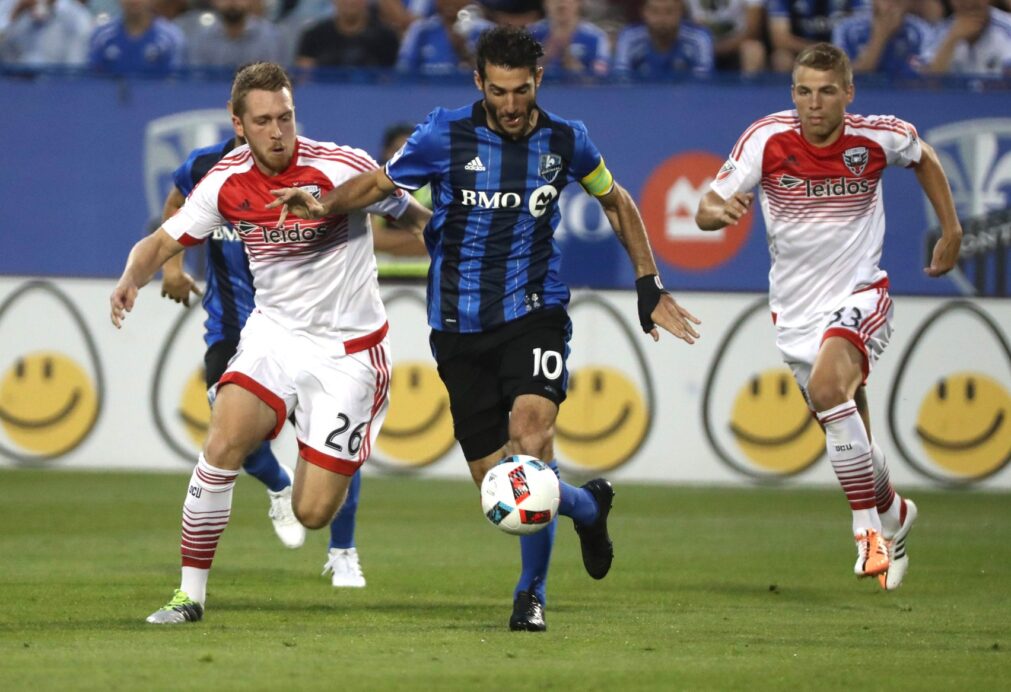 A pair of fully-rested squads will take to the pitch at RFK Stadium on Thursday for the second Eastern Conference knockout round match.

Fourth-seeded D.C. United, who rested 10 starters on Decision Day, host No. 5 seed Montreal, with a chance to the play the No. 1 New York Red Bulls on the line.

Thursday’s winner will host the Red Bulls on Sunday, but first they will need to navigate a matchup loaded with storylines, including the absence of Didier Drogba.

SEASON SERIES: D.C. and Montreal played to a pair of 1-1 draws in the regular season. United took the lead in both contests before the Impact scored equalizers in the 77th and 86th minutes, respectively.

PLAYERS TO WATCH: D.C.: Patrick Mullins has been phenomenal up top for the Black and Red since his arrival from NYCFC. The 24-year-old scored eight goals in 14 regular-season matches for D.C. MONTREAL: Ignacio Piatti is the man who drives the Impact attack. The MVP candidate found the back of the net 17 times in the regular season.

MATCHUP TO WATCH: Mullins vs. Laurent Ciman. The key for Montreal to advance out of the knockout round is to shut down Mullins. If Laurent Ciman can silence the American’s impact in the final third, it will force United to come up with another threat in attack, which may be hard to come by.

X-FACTORS: D.C: If Mullins gets shut down, Lloyd Sam and Lamar Neagle will be asked to step up and score. Both players have playoff experience and have the ability to break down the opposing defense to create the one chance the club needs to score. MONTREAL: With all of the attention on Piatti, Matteo Mancosu should be able to find some space in the D.C. defense. If he becomes a threat early on, it will ease the pressure off Piatti and force the D.C. defense to remain honest in their marking.

D.C. is one of the hottest teams in the league entering the postseason. Before their second team lost in Orlando on Sunday, the Black and Red had a six-game unbeaten run and a four-game winning streak.

Ben Olsen’s side also tightened the screws on defense during their four straight wins as they let in just three goals. The center back pairing of Steve Birnbaum and Bobby Boswell has great chemistry, and Bill Hamid is expected to make a save on every shot that comes at him.

The weakness in the D.C. defense comes on the flanks, which happens to be the one area Montreal is strong in. Piatti, Dominic Oduro and overlapping runs from Ambroise Oyongo and Hassoun Camara could overwhelm Taylor Kemp and Sean Franklin, which may lead to D.C.’s wingers coming back to defend more.

The Impact do have Piatti running the show, but it’s vital that his supporting cast shows up and makes a statement early in the match. Without Drogba, Piatti will face plenty of pressure, but he will need help to break down the D.C. defense.

Montreal isn’t suffering from a confidence problem, but it isn’t the most sturdy side entering the playoffs either. The Impact have two wins since the start of September against non-playoff teams, the San Jose Earthquakes and Orlando. Only three of their last eight games were against playoff teams.

D.C. should be able to advance to the next round to set up what could be an enticing Atlantic Cup series with the Red Bulls, but it will have to keep Piatti out of the game in order to move on without concern. If Piatti creates chances early and often, Montreal has a chance to win in the knockout round for the second consecutive year.