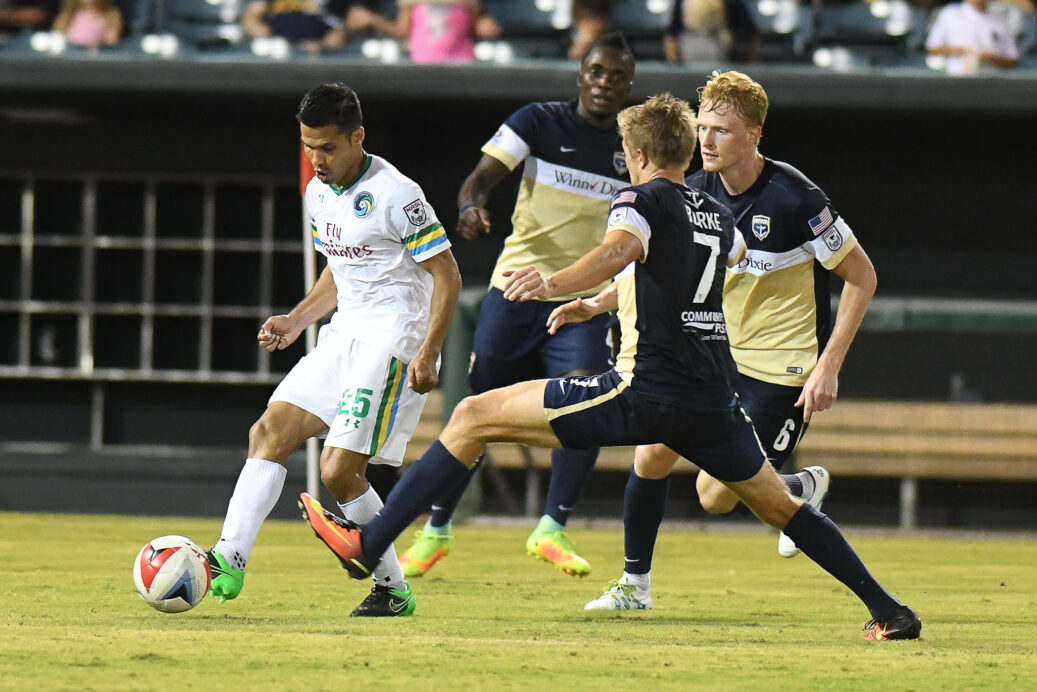 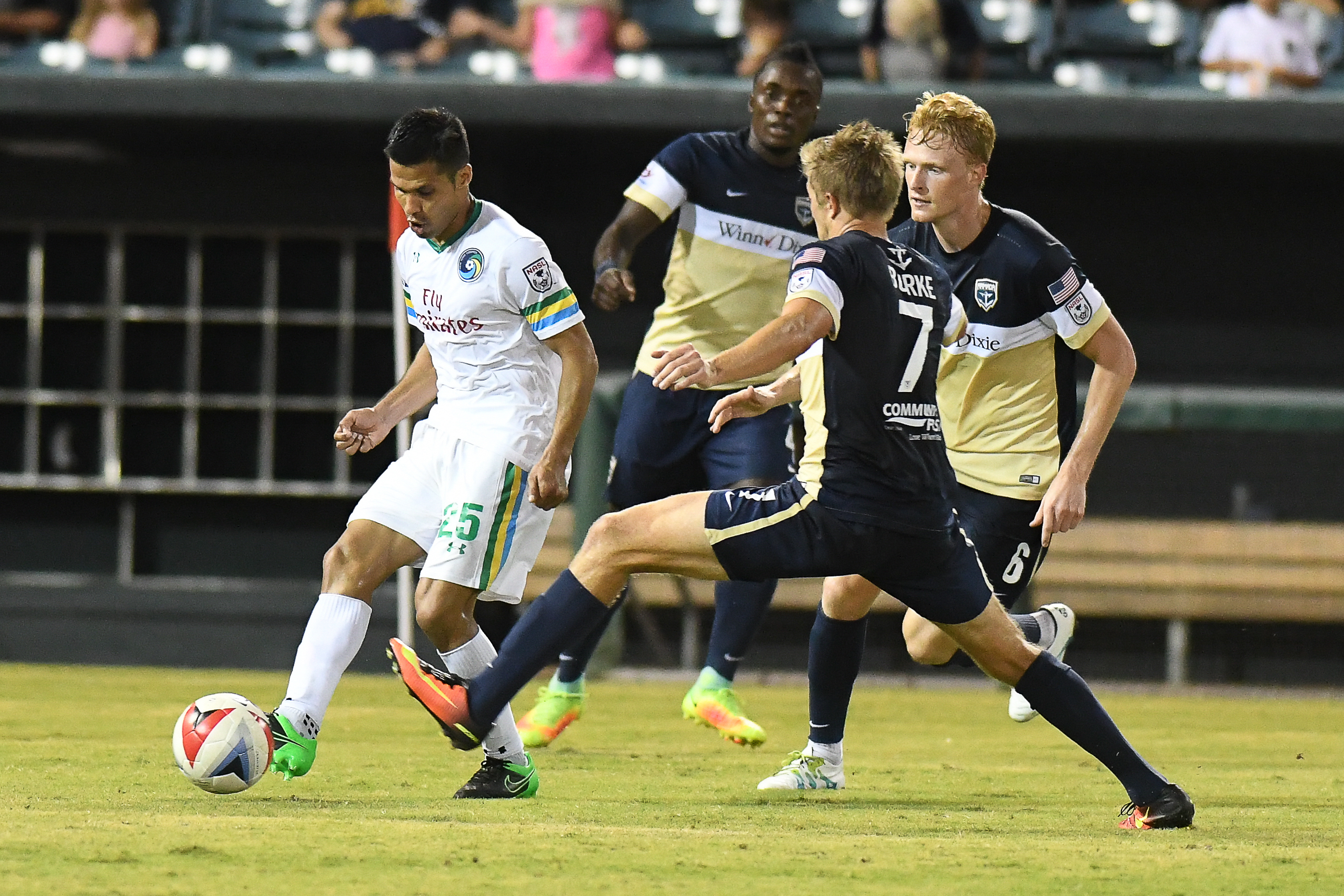 While the New York Cosmos were able to rack up another regular season trophy this weekend, the race for the fourth and final playoff spot raged on.

Both Minnesota United and Rayo OKC came back from 1-0 down to win, 3-1, and stay even on points for the fourth playoff spot.

Meanwhile both Miami FC and the Tampa Bay Rowdies failed to make up any ground while, surprisingly, the Ft. Lauderdale Strikers have pushed up close to that elusive ticket to the NASL postseason.

Here is a recap of all the weekend’s action.

The New York Cosmos scored three goals in the last ten minutes of the match to seal a 4-2 win against the Jacksonville Armada to clinch the NASL Fall Season and Combined titles. The Cosmos, who were trailing 2-1 with ten to go at Community First Park, got two goals from Juan Arango to seal another regular season championship.

The Armada turned the game despite being down 1-0 at halftime, scoring in the 66th and 79th minute to give them a late lead at home. The Cosmos’ three goals in the final ten minutes stunned the home sides that had worked hard to take the lead in the late stages of the match, but the Cosmos created magic against the run of play.

The victory ensures that New York will host a semifinal in on Saturday, Nov. 5.  The Cosmos’ first half goal in Jacksonville ended the Armada’s 293-minute shutout streak.

Jaime Chavez’s sensational volley in the early going gave Miami FC an important first half lead, a lead which would be doubled in the 21st minute on a Kwadwo Poku goal. Even with the two goal lead at home, Miami conceded twice to the Rowdies and failed to make up ground for the elusive last playoff spot.

The Rowdies scored in the 27th and 66th minute to keep their own postseason dreams alive on goals from Georgi Hristove and Juan Guerra. Tampa Bay are three behind Rayo OKC and Minnesota United for fourth, while Miami FC is four behind the two clubs tied for fourth.

Minnesota United bagged three points for the first time in over a month to ensure they would stay in fourth place and in the final playoff spot. The Loons beat FC Edmonton, 3-1, at NSC Stadium to continue their march towards the postseason.

Despite the early lead, the Eddies could not stop league leader in goals Christian Ramirez from scoring a brace. Ramirez scored his 17th and 18th goal of the NASL season before Stefano Pinho’s 85th minute goal ensured all three points for the Loons.

Minnesota is tied for fourth with Rayo OKC, but is officially ahead in the table due to goal deferential. Edmonton meanwhile has a nine point advantage sitting in second place with 50 points.

RAYO OKC STAYS IN THE THICK OF THINGS

Rayo OKC came back from a 1-0 deficit to score three unanswered goals to tie for the final playoff spot, as the first-year club defeated Ottawa Fury FC, 3-1, at Miller Stadium on Sunday night.

Michel, captain of Rayo OKC, knotted the match at one in the 36th minute after a terrible blunder by the Fury goalkeeper. Billy Forbes broke the deadlock in the 61st minute before Michel got his double in the 84th minute to ensure the three points would stay in Oklahoma City.

Rayo OKC are level on points with Minnesota United for the fourth and last spot in the postseason, while Ottawa sit in 10th and are playing for pride in the late stages of the season.

While most sides were fighting for playoff spots or clinching, all Indy Eleven have to worry about if weather they will be the second or third seed when the postseason begins. The Eleven were able to handle the Carolina RailHawks, 3-0, in Indianapolis, extending their home unbeaten streak to 17.

Despite two consecutive losses this week, the RailHawks are still in the race for the postseason. Carolina is back four points of fourth place in the Combined Standings with two games remaining.

The Strikers sit three points behind the Loons and Rayo OKC for fourth, with all three squads having two matches remaining each.  Puerto Rico’s loss at Central Broward Stadium needed their seven-game unbeaten streak.