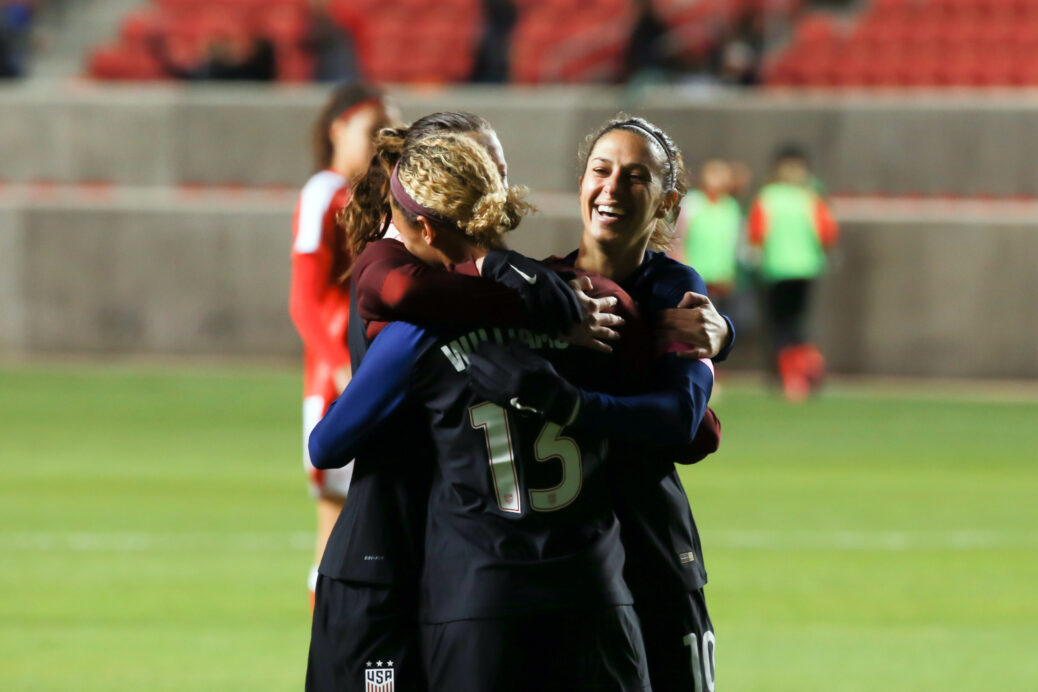 While a U.S. Women’s National Team victory comes as no surprise, the manner in which they defeated Switzerland was very impressive.

In the first of two friendlies against the Switzerland Women’s Team, the USWNT coasted to a dominant 4-0 victory with a four goal second half eruption. All four goals came from four different scorers, as the team’s experimental 3-5-2 setup proved wildly successful, with usual midfielder Allie Long playing in defense for the first time in her international career.

Williams in particular had a night to remember. The Western New York Flash forward, fresh off her team’s NWSL championship, subbed in at halftime for Lindsey Horan and wasted absolutely no time, scoring the eventual game-winner just 49 seconds into her USWNT debut.

Tobin Heath, Christen Press, and Samantha Mewis added the three remaining goals to seal the 4-0 rout, with Mewis’ goal coming just moments into her night as she headed in a Press cross on her first touch of the night.

In the wake of the Hope Solo’s departure from the National Team, Alyssa Naeher continues to impress in her stead. Making her fourth start and fifth appearance this year, Naeher earned her sixth shutout in her ninth career cap.

The USWNT will have a chance to build on their success in their next match against Switzerland, this Sunday (October 23rd) at U.S. Bank Stadium in Minneapolis, MN.