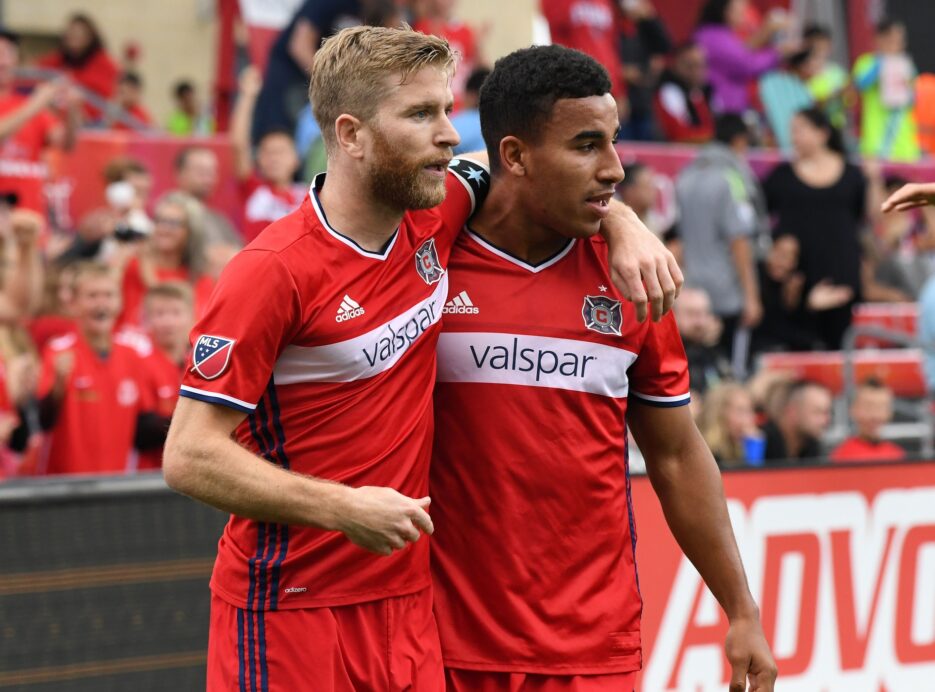 Facing the conference’s worst team, the New England Revolution had a favorable schedule for their push to the playoffs, but a shock upset all but eliminated them on Sunday afternoon.

The Chicago Fire played spoiler, knocking off the Revs, 2-1, at Toyota Park in a match that saw both sides reduced to 10 men. The win virtually eliminate the Revs from playoff contention, as they would have to make up a 12 goal differential with a win and Philadelphia Union loss next week.

It took just nine minutes for the Fire to jump into the lead, as the hosts struck via a Michael de Leeuw finish. De Leeuw’s finish was little more than a tap-in of a Brandon Vincent cross, giving the Fire the early advantage.

The Revs restored hope two minutes before halftime. Just moments before the break, Diego Fagundez’s shot took a defelection on its way to the back of the net, leaving Sean Johnson helpless as the two sides went to the locker room tied at one apiece.

With just 10 minutes remaining, David Accam broke that deadlock, shattering the Revs playoff dreams after a Juan Agudelo shot struck the post. Accam raced onto a long ball from Jonathan Campbell before firing first time, sealing the win over the Fire.

Both sides battled through second half red cards. The Fire’s Luis Solignac was issued his marching orders for kicking out at London Woodberry, while Brad Knighton was handed a 73rd minute red for taking down Accam for a denial of an obvious goalscoring opportunity.

The Revs return to action next Sunday, but will need a miracle against the Montreal Impact, while the Fire can still play a part in the playoff race in a clash with Toronto FC.

David Accam was a menace throughout, drawing a red card and scoring a goal in a big-time performance.

Accam’s late-winner doomed the Revs, who will now miss the postseason for the first time since 2012.

Luis Solignac’s red card did not kill the Fire, but it was a sign of immaturity from a team that is still looking to move past stupid mistakes.