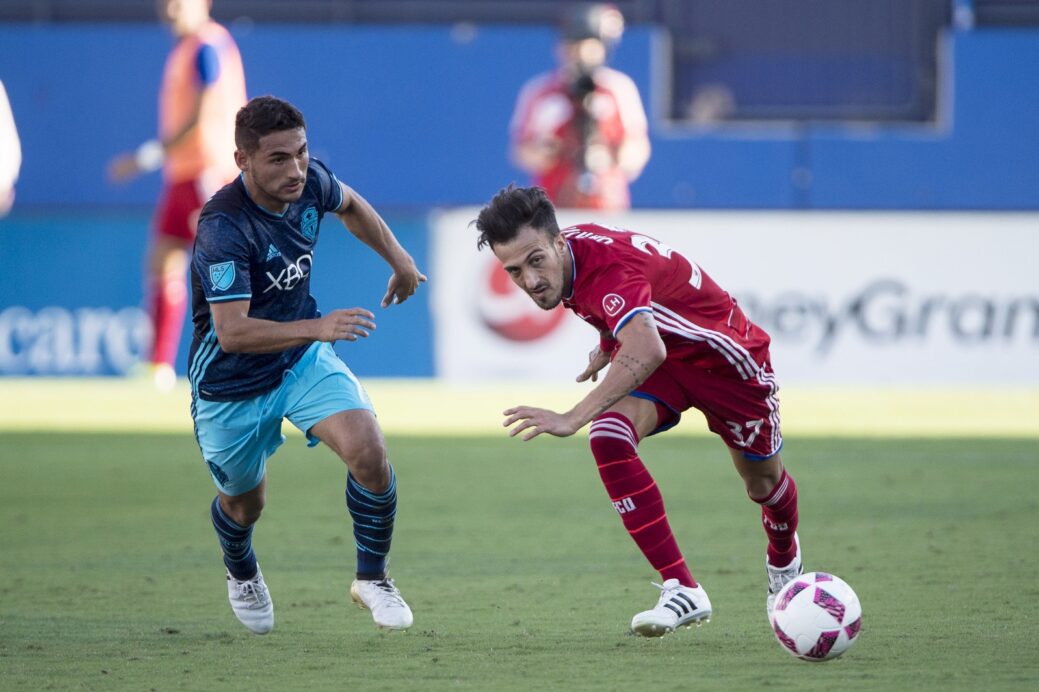 Carlos Ruiz was bound to make his mark on the MLS Playoff race at some point.

The veteran forward fired a late winner, earning FC Dallas a 2-1 home win over the Seattle Sounders. With the wins , FC Dallas moves above the Colorado Rapids atop the Supporters’ Shield standings, while the Sounders head into the final week having missed a chance to clinch a postseason spot.

With just 10 minutes left, FC Dallas finally struck through Maxi Urruti, whose fired his ninth goal of the season. Following an initial save from Stefan Frei, Urruti darted to the loose ball before finishing to seemingly seal a split of the points. Then, just 10 minutes later, it was Ruiz’s turn, as the wily veteran finished a Mauro Diaz assist for his first goal since returning to MLS.

The Sounders took the lead just four minutes before halftime through a bit of Lodeiro magic. Stationed about 30 yards from goal, Lodeiro curled a low free kick inside the near post, giving the Sounders a 1-0 lead on the road. The goal was Lodeiro’s fourth since joining the Sounders in late July.

Moments before Lodeiro’s strike, it appeared that the Sounders had opened the scoring via a Herculez Gomez finish. However, the goal was ruled back for an apparent foul in the box, making the Sounders wait an additional eight minutes for the game’s opener.

The Sounders saw defensive leader Chad Marshall subbed out in the second half due to an apparent injury. On the other side, Kellyn Acosta also left injured as the U.S. Men’s National Team call-up departed in the 36th minute.

Following the loss, the Sounders wrap up the season with a crucial match against Real Salt Lake, while FC Dallas looks to make one final push for the Supporters’ Shield against the LA Galaxy after a midweek clash with Suchitepéquez in the CONCACAF Champions League.

With his team in need of a goal, Maxi Urruti pounced, bringing his side back level in a match that saw Urruti make his mark most among FC Dallas’ talented group of attackers.

The match was one to forget for the entire Seattle Sounders roster, as the team squandered a playoff chance by giving up a late goal.