The SBI View: Johnson remains best option at left back as Hex looms 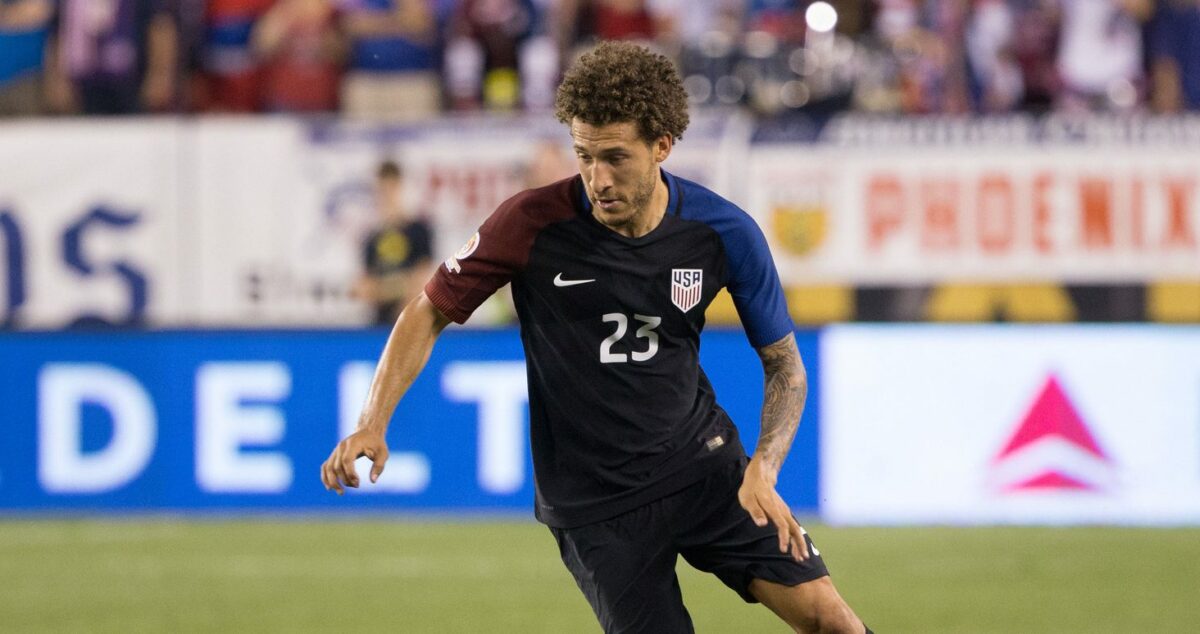 As expected, Johnson was once again named to the USMNT roster ahead of a pair of friendlies against Cuba and New Zealand and, once again, he was listed as a defender. A quick look at the roster reveals that Johnson is all but certainly set to serve as the primary left back for the upcoming matches, a decision that continues to make sense given the current player pool.

The left back spot continues to be a tough one for the U.S. Among the current roster, only Johnson and Timmy Chandler stand out as primary options, even if the two ply their trade in different spots on the club level. Like Johnson, Chandler’s versatility makes him a valuable spot across the backline as he can either fill in at left back or deputize for DeAndre Yedlin at his favored right back position.

Away from the current 22-man roster, head coach Jurgen Klinsmann has several options at the left back spot, although few seem ideal. DaMarcus Beasley’s time with the national team is over and Edgar Castillo hasn’t truly impressed in his recent chances with the group. Greg Garza has yet to truly return from a major injury, while fellow Liga MX fullback Jonathan Bornstein has never been called in under Klinsmann.  Options like Brandon Vincent and Desevio Payne remain players for the future, but still need sharpening before leaping into the senior game.

That leaves two options to truly compete with Johnson: Kellyn Acosta and Jorge Villafana. The former has shown well during his appearances at left back, a position he does not play on the club level. Still just 21-years-old, it remains to be seen if fullback is where Acosta’s international future lies, although the FC Dallas star recently told SBI that he feels more than comfortable with the position. Villafana, meanwhile, remains off the radar, for one reason or another. The recent pair of friendlies likely represented the last logical introduction point until next Spring, as it remains unlikely the Santos Laguna fullback would be brought in for a debut against either Mexico or Costa Rica to kick-start the Hexagonal.

With the options laid out, Johnson remains, even if he is a player that could benefit the USMNT attack. On the club level, the 28-year-old remains a legitimate midfield contributor on a Champions League team, even if their early road has been a painful one. Johnson’s ability to contribute in the opposing half is a value to Borussia Monchengbladbach, and it would also certainly be a value to the USMNT.

However, the USMNT as it stands is equipped to replace that value. Christian Pulisic is expected to contribute more and more after recently becoming an even more vital part of the Borussia Dortmund first team due to several injury absences. Paul Arriola, in limited appearances, has shown a traits that can impact matches, and should earn some time over the next two weeks in an effort to solidify his leap to the senior team. Bobby Wood has displayed the ability to be a wide player in a 4-3-3, even if he tends to drift inside quite a bit. Meanwhile, Gyasi Zardes and Alejandro Bedoya both miss out on the current camp due to injuries, depriving the USMNT of two players that have the ability to play in a left midfield role.

Overall, Johnson needs to feature where he is most needed. For years, the left back position has been a position of weakness for the USMNT, but with Johnson in the role, it turns into a strength. At the Copa America, Johnson regularly demonstrated his ability to not only defend the position, but also get forward in a variety of ways. It’s not a banishment or a demotion from the attack, but rather the plugging of a hole with a player that remains the best option.

Johnson remains an asset. His versatility makes him a weapon, one which can be deployed in a variety of ways. However, as the next wave of potential left backs continue to mature, Johnson is best served manning the position as the U.S. heads into some of the most crucial games of the cycle.