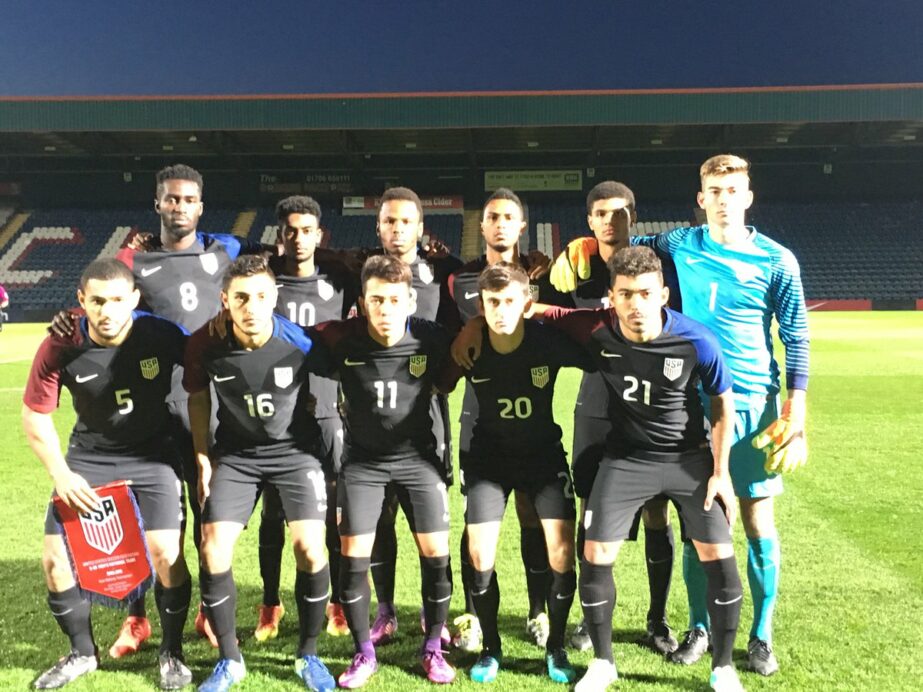 The U.S. Under-20 Men’s National Team closed out the Four Nations Cup with a  2-0 loss to England on Monday, but two Americans stood out in the defeat.

Ovie Ejaria beat Jonathan Klinsmann with a lovely curled shot from distance in the 84th minute, opening the scoring late for the host team. Dominic Solanke doubled the advantage at the death from the penalty spot to secure England’s win.

Gedion Zelalem was lively throughout the game and had a quality opportunity late in the second half, but was thwarted by goalkeeper Luke Southwood. Derrick Jones was also causing a ruckus for England’s defense, but like Zelalem, he could not score the decisive goal for the Americans.

The U.S. finished the tournament with three losses after falling to Germany, 1-0, and the Netherlands, 5-3, in their first two matches.