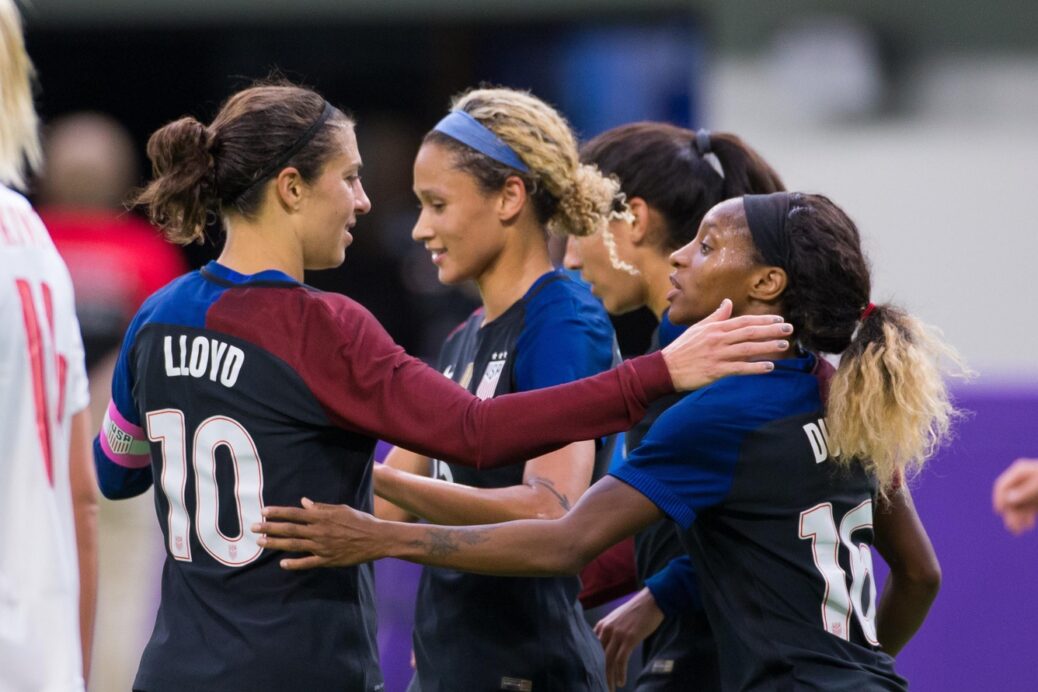 The Swiss opened the scoring in shocking fashion, as Sandrine Mauron fired the visitors ahead just seven minutes in. It then took 18 minutes for the U.S. to find their equalizer through Carli Lloyd, who fired the score to 1-1 on an assist from Kelly O’Hara.

Lloyd began the second half with a second goal just six minutes in before the rout truly began. Christen Press pushed the lead to 3-1 just two minutes later before Crystal Dunn added a 63rd minute finish of her own. Ohai then wrapped up the scoring with an 82nd minute finish of a Press assist.

The USWNT wraps up their 2016 schedule against Romania for a pair of friendlies set for Nov. 10 and Nov. 13.