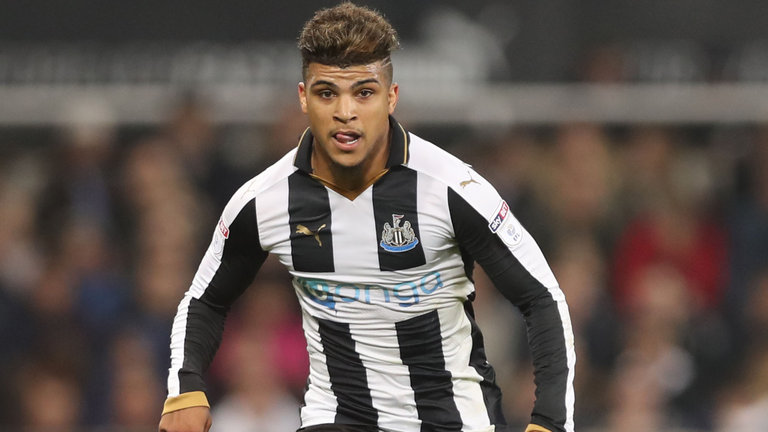 A pair of U.S. Men’s National Team regulars provided assists heading towards the Hexagonal, while another familiar face continues to shine in defense in Bundesliga play.

Both Christian Pulisic and DeAndre Yedlin provided assists on Saturday as each helped their side claim wins heading into the international break. Pulisic was involved throughout before assisting Pierre Emerick-Aubameyang’s fourth goal in a 5-2 Borussia Dortmund win, while Yedlin set up Yoan Gouffran in Newcastle’s win over Cardiff City.

Timmy Chandler didn’t get his name on the scoresheet, but he did step up throughout Saturday’s action. The fullback has been in spectacular form with Eintracht Frankfurt in recent weeks, and his latest effort saw him help the club earn a 1-0 shutout win over Cologne.

Lynden Gooch entered as a 90th minute substitute while Emerson Hyndman did not dress in Sunderland’s 2-1 win over Bournemouth.

Brad Guzan dressed but did not play in Middlesbrough’s 1-1 draw with Manchester City.

Julian Green did not dress in Bayern Munich’s 1-1 draw with Hoffenheim.

Alfredo Morales did not dress for Ingolstadt’s 2-0 loss to Augsburg.

Jonathan Bornstein started and played 90 minutes while Luis Gil did not dress in Queretaro’s 3-2 loss to Toluca.

Ventura Alvarado did not dress in Club America’s 1-1 draw with Atlas.

Edgar Castillo did not dress in Monterrey’s 4-0 win over Veracruz.

William Yarbrough started and played 90 minutes while Miguel Ibarra did not dress in Leon’s 1-1 tie with Chivas de Guadalajara.

🎥 THE WINNER: Great play by @yedlinny and a fine finish by Yoan Gouffran! #NUFC pic.twitter.com/IWuLswtZYu

Desevio Payne did not dress in FC Groningen’s 1-1 draw with NEC Nijmegen.