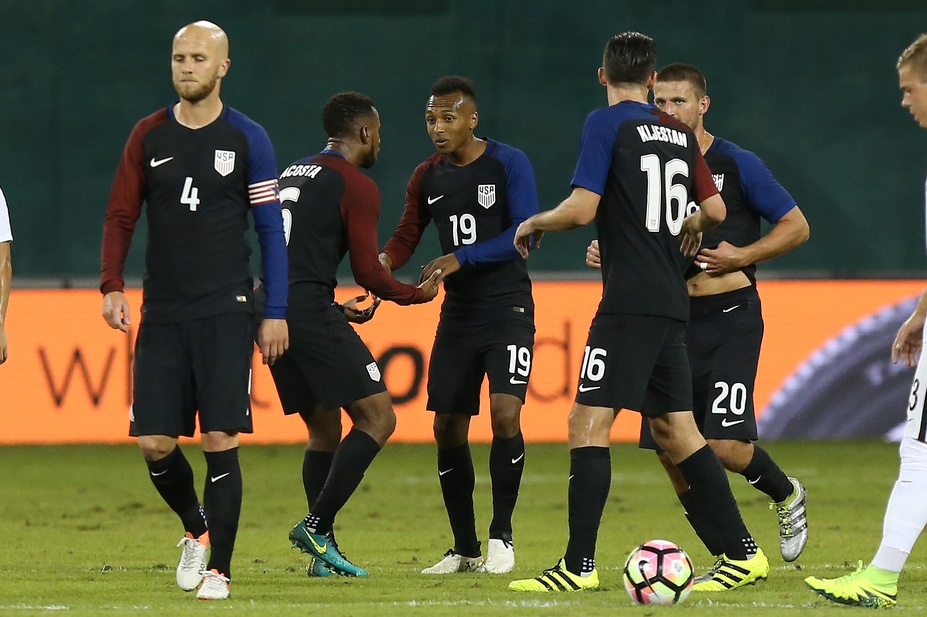 Several young faces will join the U.S. Men’s National Team for two of the biggest games of the qualifying cycle.

Cameron Carter-Vickers has been called up to the USMNT for the first time, joining fellow youngsters Julian Green, Christian Pulisic and Lynden Gooch on the squad. A majority of the USMNT regulars will also be a part of the group, headlined by Jozy Altidore, Jermaine Jones, Michael Bradley and John Brooks.

Geoff Cameron headlines the notable absences as the Stoke City defender misses out due to a leg injury. Chris Wondolowski and Kyle Beckerman also miss out due to injury issues.

In total, 26 players join the U.S. for camp in Columbus, although only 23 are permitted to dress for each match. Of the 26, 20 players have World Cup qualifying experience, with just Carter-Vickers, Gooch, Green, Brooks, Ethan Horvath and William Yarbrough in search of their first WCQ appearance.