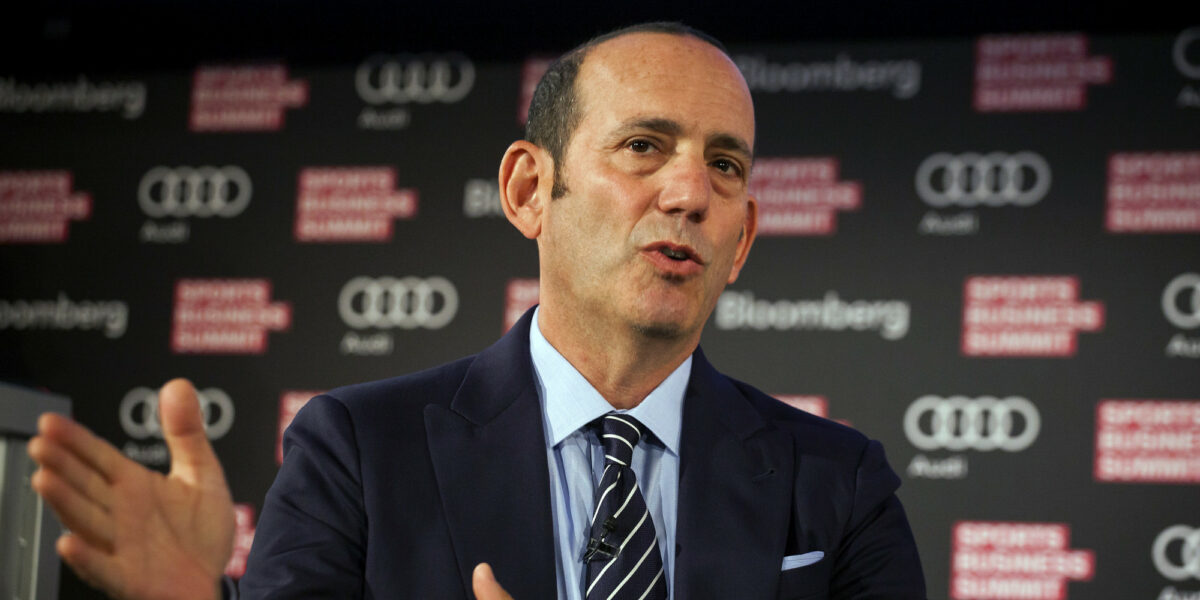 MLS commissioner Don Garber touched on many topics during his 40-minute talk at the 2016 Michigan Sports Business Conference, including some that are very near and dear to American soccer fans.

In his talk, which ranged from discussing the success of the NFL and his relationship with its commissioner Roger Goodell, to the question of implementing promotion and relegation into American soccer, Garber sought to give advice to those looking to break into the sports business industry.

On promotion and relegation in American soccer:

On the U.S. potentially hosting the 2026 World Cup:

"The World Cup is up for bid in 2026 and the North America region is the most likely location to get it." –@thesoccerdon #MSBC2016

While not an outright statement of an incoming bid from the U.S., the vague 10-year time-frame provides an interesting tidbit that appears to lean in that direction.  With Europe and Asia eliminated from hosting, CONCACAF has only Oceania, South America, and Africa to bid against. With South Africa having recently hosted in 2010, and the surely tantalizing option of hosting the 100th anniversary 2030 World Cup in South America where it started, 2026 seems very likely for the U.S. if they go for it.

On athletes and activism and Megan Rapinoe’s anthem protest:

Don Garber says he spends the most time thinking about the issue of athletes and activism, stemming from Colin Kaepernick. #MSBC2016

"She's competing for our country and wearing our flag. When you represent our country, you can stand for our national anthem." -Don Garber

Garber’s answer to this issue was guaranteed to incite anger on one side of the debate or the other. Social activists will be pleased to hear that the commissioner spends time dwelling on the issue, but may find his statement on Rapinoe less pleasing.

On the long-term goals of MLS:

"[The @MLS] faces pressures competing in an international market. We aim to compete with the Premier League." –@thesoccerdon #MSBC2016

Don Garber says the goal of @MLS is to be one of the top soccer leagues in the world, in terms of competition and consumerism. #MSBC2016

While not as brash as claiming to be a top league in the next 10 years, as he’s done previously, Garber still has lofty goals for MLS. The commissioner reiterated the league’s goal of becoming a top soccer league in the world eventually, both in competition and consumerism, and wants to compete with the multi-billion dollar Premier League internationally.