Howard to miss Costa Rica match due to injury 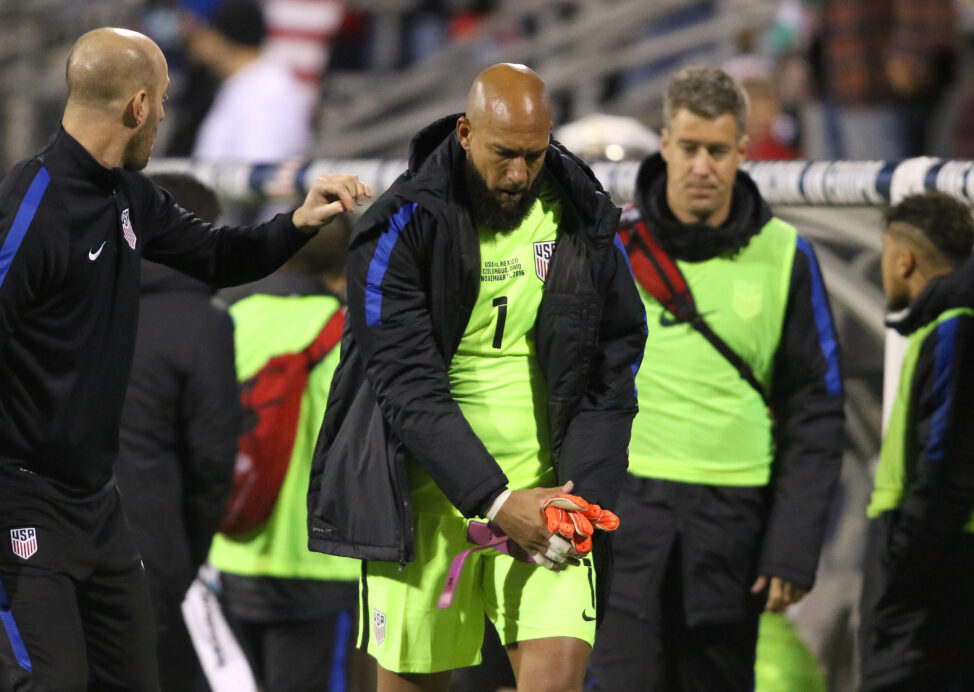 Tim Howard recently reclaimed the U.S. Men’s National Team’s starting goalkeeper spot, but the veteran shot-stopper will be out of action for Tuesday’s crucial Hexagonal clash.

Howard has been diagnosed with an injury to his right adductor following the USMNT’s 2-1 loss to Mexico. The Colorado Rapids goalkeeper suffered the injury midway through the first half and was promptly removed from the match in favor of Brad Guzan.

As a result, Howard left USMNT camp to return to Colorado for further evaluations.

The Rapids return to action on Nov. 22 for the start of the Western Conference finals.