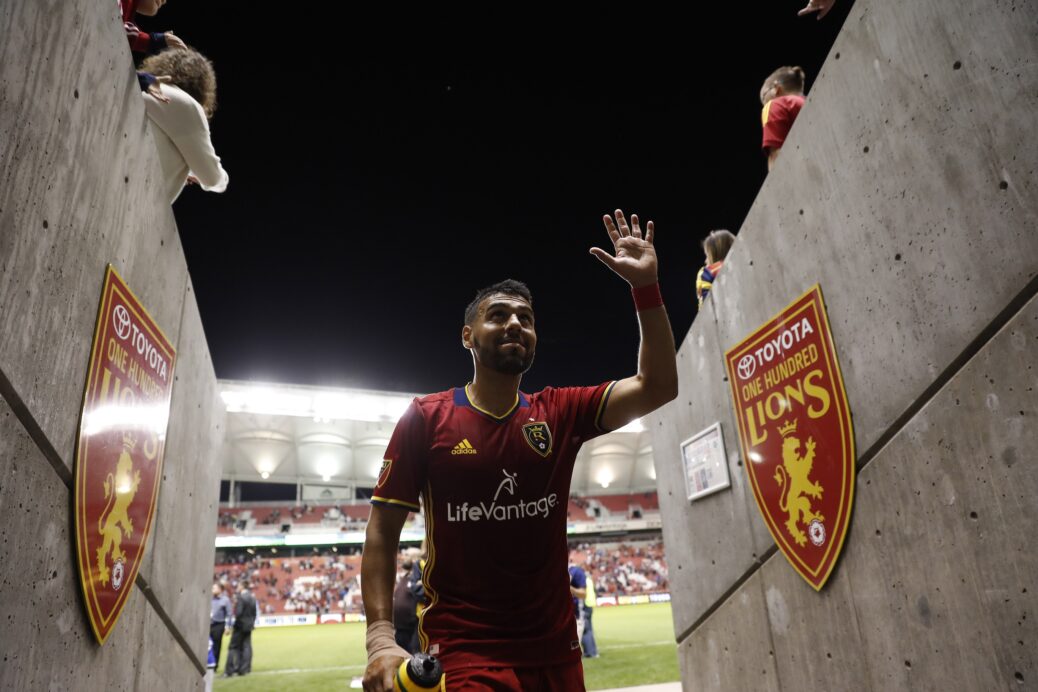 After 10 years and 260 matches, Javier Morales is leaving Salt Lake.

The 36-year-old midfielder took to Twitter on Thursday to reveal that he was leaving Real Salt Lake following the club’s 3-1 playoff loss at the L.A. Galaxy on Oct. 26. The departure ends a decade-long stay, one which saw Morales join the club in just its second year of existence.

Dedicated to the RSL fans , to my teammates, my friends and to the people of Utah. You will always be in my heart. Javi Morales #11 pic.twitter.com/8lgutRAx5z

In 10 seasons at RSL, Morales amassed 49 goals and 81 assists, both tops in club history. The Argentine was a two-time MLS All-Star as well as a 2009 MLS Cup champion with RSL.

Morales notched four goals and four assists in 23 starts in 2016. Prior to RSL, Morales plied his trade mostly in his native Argentina, most prominently for Arsenal de Sarandí and Lanus.