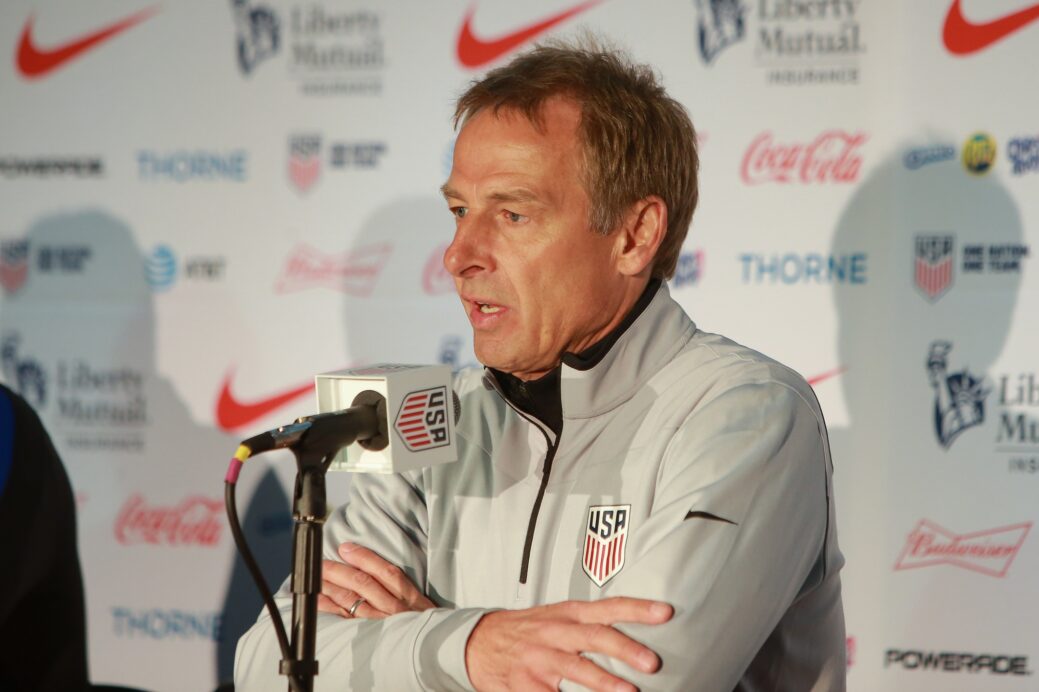 Jurgen Klinsmann admitted that Tuesday night was the lowest point of his U.S. Men’s National Team tenure. It was a 4-0 beatdown at the hands of a federation rival, a loss that saw the USMNT fall to last place in the Hexagonal round of World Cup qualifying through two match.

Overall, it was a miserable performance, and the USMNT boss accepted full responsibility for what transpired on the field of Costa Rica’s Estadio Nacional on Tuesday night.

“I’ll take responsibility, it’s no problem at all,” Klinsmann said. “It’s also a learning point. Six months ago, we were in the semifinal of the Copa America and now we have two defeats to start the Hexagonal. That’s how fast it goes. It’s soccer. Things can turn around very quickly. It is for us now a negative moment. It’s about how we kind of come back now and get everybody united and talk through issues.

“It’s not about blaming anybody with the players,” he added. “It’s about taking it, swallowing it, taking responsibility, which I do, and finding a way to correct it.”

Klinsmann says that, from the start, the idea was to bring the energy from the second half of Friday’s match against Mexico. After dominating a majority of the second half, Klinsmann was anticipating a similar effort on Tuesday from a similar group. In theory, if the team played to that level, the U.S. could, at least, go toe-to-toe with Costa Rica on their home soil.

A goal just before halftime provided a “psychological knock”, Klinsmann said, and the U.S. never recovered. The USMNT couldn’t muster anything resembling a turnaround, turning in a flat second half performance that ended with three additional Costa Rica goals.

Regardless of the result, Klinsmann still feels his team has plenty of quality. Just days before the Costa Rica loss, the U.S. pushed Mexico to the brink, but Tuesday’s game simply got away from them.

“Obviously you want to have some points so this is definitely a moment to reflect about what happened the last 10 days, and to open up a lot of discussions with the players and the team. At the end of the day I said to the team that it won’t be the last 4-0 defeat in their careers. There will be here and there in their careers some lessons, but definitely it’s a bitter moment because we wanted to do far, far better than what we did.”

Now, Klinsmann faces questions from all sides. His job will be called into question for the next several weeks. The U.S. is now in a very precarious spot, and Klinsmann is sure to feel the heat.

Still, despite all that went wrong in the past week, Klinsmann believes he is still the right man to guide the U.S. through the Hexagonal phase. He’s ready for the criticism, but is just looking for a chance to lead the U.S. out of its current situation.

“I think so,” he said when asked if he remained the man for the job. “But I obviously understand when you lose two games, and especially two World Cup qualifiers right after each other, that there will be a lot of comments. That is just part of the job. It’s part of the game. I told the team at the end, ‘the last cycle we lost here too, so we gave away these three points here as well’. We didn’t give away the three points at home against Mexico, so now we are three points behind what we did in the last cycle, and we won the group with 22 points at the end of the day.

“We definitely are still in the process of building towards 2018 between two cycles,” Klinsmann added. “It’s a bitter moment. Two defeats to start the Hexagonal, it’s very disappointing. It’s tough to swallow, but it’s also part of the game. It’s important to go into details and reflect and discuss part of our stuff, but the team definitely has the quality to correct some things and get back on track and qualify.”