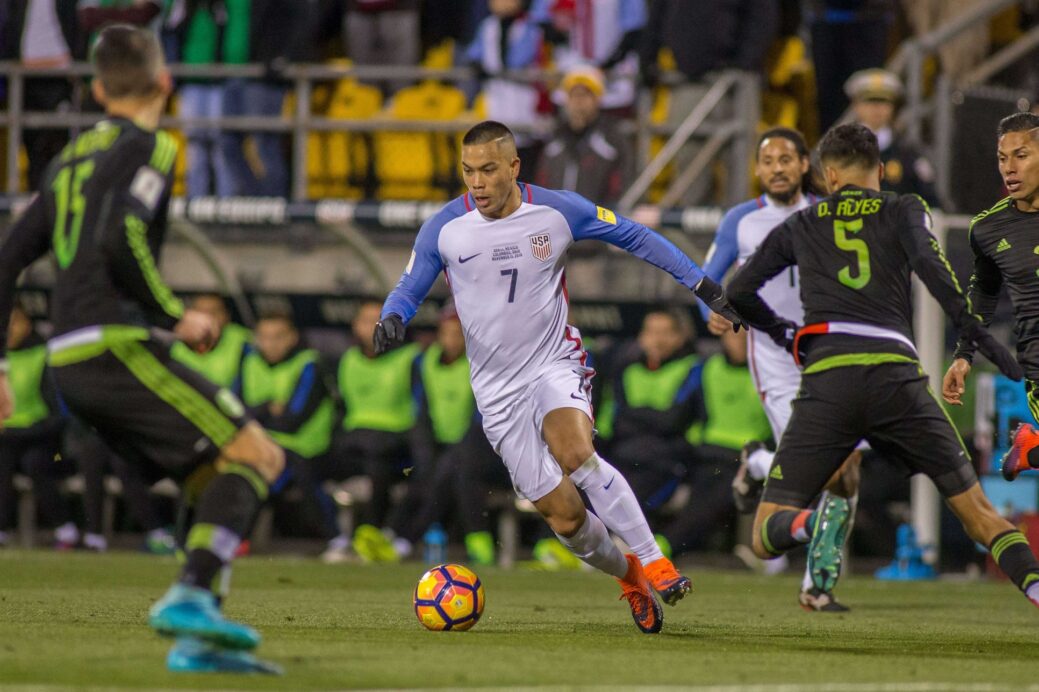 With just moments remaining, the U.S. Men’s National Team appeared to be home free. After an abomination of a first half, the second half saw the U.S. seemingly seal a point via a Bobby Wood equalizer. Dos a Cero wasn’t in the cards, but it looked like the U.S. had at least locked up a solid start to the Hex.

It all fell apart late due to a Rafael Marquez header, one which sealed a historic 2-1 victory for Mexico. To Mexico’s credit it was a goal and a win deserved, as El Tri snapped the USMNT’s Dos a Cero streak in World Cup qualifying. The U.S., on the other side, was lucky to even be in the match following several early scares, even if an improved second half saw them firmly in the match late.

There’s plenty of blame to go around. From the onset, the U.S. wasn’t in a position to succeed and, even with the tactical missteps, the players on the field lacked the effort and energy needed for a rivalry match.

With that said, here’s a look at several takeaways from Friday’s match:

Throughout his USMNT tenure, Jurgen Klinsmann has made a habit of tinkering and experimenting with various lineups. On Friday, Klinsmann’s tactical changes doomed the USMNT from the jump.

After months rotating between a 4-3-3 and a 4-4-2, Klinsmann deployed a three-at-the-back set on Sunday. On paper, it looked to be a system that was expected to disrupt Mexico’s own nuances tactical approach. In practice, though, it only served as a disruption to any sort of confidence or momentum the USMNT carried into the match.

From the opening seconds, the U.S. looked flustered. Players seemed confused with aspects as basic as spacing and defensive marking, allowing Mexico to drive at the backline time after time. The attack was listless, the defense was boneheaded and the U.S., as a whole, was a unit devoid of any idea what to do.

Midway through the first half, with the U.S. already down a goal, a change was made. From there, the USMNT was certainly the aggressor, dominating stretches while creating several chances to take the lead late in the game.

It never came, and it was unfortunate, but it’s hard not to look past what was a terrible start to the game. Klinsmann deserves credit for making the early switch, but the initial decision to tinker left the USMNT in a deep hole before they even knew what hit them.

UP AND DOWN PERFORMANCE DOES LITTLE TO ANSWER CHANDLER QUESTIONS

Timmy Chandler has oft been criticized for his national team performances. No matter how well he performs on the club level, Chandler always seems to take a back while with the USMNT.

Friday appeared no different, as Chandler failed to impress early. However, the fullback bounced back a bit later in the game once he was actually placed into a familiar role.

To Chandler’s credit, he was miscast early. In the USMNT’s formation, Chandler played as a wingback from the opening whistle. From there, he struggled to get forward as he failed to ever really get on the ball. Throughout the first half, the Eintracht Frankfurt fullback was pinned in his own half, and certainly deserved some of the blame on Mexico’s opening goal. Chandler’s inability to make any sort of impact in the attack was part of what doomed the three-at-the-back set.

After the switch, Chandler was more effective, getting forward while appearing much steadier on the defensive end. Still, when all was said and done, Chandler fired just seven passes all night, completing only four. Even for a fullback, that’s inexcusable.

His national team future remains to be seen. With DeAndre Yedlin returning to form, Chandler may not get the same chance, even if he likely deserves one more look.

Jozy Altidore’s partnership with Bobby Wood remains a work-in-progress, but there were certainly steps taken on Friday night.

Throughout the match, the two showed flashes. The partnership has been slightly up-and-down throughout the past year or so, but Friday showed exactly what the pair can bring: quick, decisive moments of brilliance.

Both Altidore and Wood were held dormant for large chunks of Friday’s match, but the two combined for what was, at the time, a vital moment. The U.S. emerged strong following the halftime restart, and a spectacular turn from Altidore sprung the USMNT’s best attack. Wood was on the receiving end of an Altidore pass, and the Hamburg forward made no mistake with the finish.

The two had several moments in the aftermath. Both Wood and Altidore tested the Mexico backline down the stretch, although neither could find the finish needed to seal a win. Better days appear to be ahead, but there should be little doubt over the two’s statuses going forward.

FRUSTRATION JUSTIFIED, BUT NO REASON FOR PANIC

There’s reason to be upset. The Dos a Cero streak is over and the Hexagonal is off to a negative start. Once again, the USMNT cracked under pressure when facing a top-level team. However, there’s no reason to panic just yet.

The USMNT could have certainly had a better start. Three points would have been ideal. Even one would have been nice. Starting with a big fat zero is rough, especially with Costa Rica looming.

At the end of the day, Mexico wanted, and needed it, more. You could see the elation from the El Tri squad after the final whistle, as the players gathered to celebrate what must have felt like a win years in the making. The U.S. got off to a rough start, sure, but Mexico needed Friday night to clear a major mental hurdle.

Still, the U.S. should be okay. The Hexagonal is essentially built for the USMNT to overcome these sort of results. At the end of the day, Friday was a speed bump, but one that should certainly be overcome by a team still favored to thrive on the road to Russia.

Friday’s loss is a bit of a confidence-killer, a frustrating loss for a team that appeared to be on a high. However, the U.S. has a chance to bounce back on Tuesday night against Costa Rica as they continue what is a very forgiving Hexagonal process.