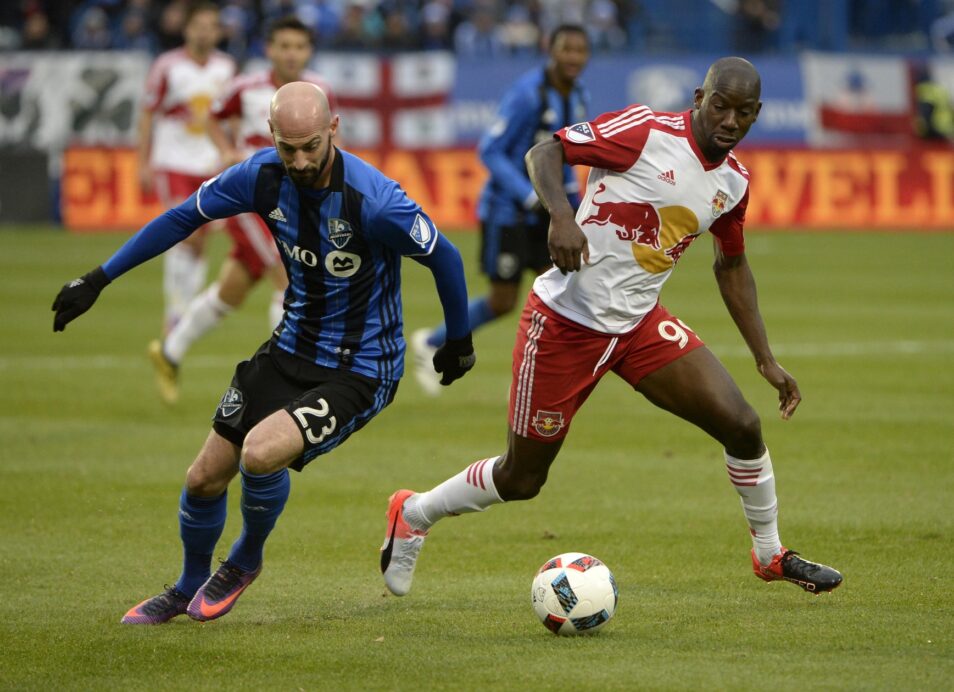 The New York Red Bulls haven’t had a decorated playoff record in their long MLS history, but Jesse Marsch’s side could be in a significantly worse position heading into Sunday’s second leg of the Eastern Conference semifinals.

Currently down 1-0 to the Montreal Impact as the two sides head to Red Bull Arena, the Red Bulls are likely in the best position out of any other teams remaining that trail in their respective matchups. The Red Bulls have qualified for the MLS Cup playoffs the last seven seasons, so experience will surely play a factor in the team’s attempt at a response in Harrison.

Both clubs are desperately in search of an Eastern Conference, particularly the Red Bulls, who pushed the Columbus Crew to the brink in last season’s conference final. The Impact, on the other hand, have never reached that plateau in the East, with 2016 serving as the second consecutive season in which the Canadians have qualified for the conference semifinals.

The Red Bulls entered the postseason as one of MLS’ hottest sides, having gone unbeaten in 16 matches to close out the regular season. While their task won’t be an impossible one against the Impact, Marsch’s group needs to get back to what it has done best throughout the course of the campaign; moving the ball quickly. The Impact did a superb job in the opening leg of stifling the Red Bulls midfield, and now Sacha Kljestan, Felipe and Dax McCarty will be especially vital in breaking down their opposition’s strong backline.

Meanwhile, the Impact did just about everything right in the first leg, so they’ll look to duplicate that performance in a much more hostile environment. Their success could hinge on whether or not striker Didier Drogba is available, though. The former Chelsea goalscorer has been battled a back injury for several weeks now, and despite returning to practice this week, his availability heading into Sunday remains a major question mark for Mauro Biello’s club.

Teams that tend to sit back and pack numbers into their own half of the field have actually had more success against the Red Bulls, but it remains to be seen if the Impact will follow that blueprint with only a goal advantage.

The task is pretty simple for both sides, but in playoff soccer nothing is a guarantee so it’s always likely to expect the unexpected. One thing is for certain though. Either the Red Bulls will be back in the conference finals or the Impact will be reaching a new height in the club’s young history.

Key to the Game:

Impact backline. Already up a goal, it’s greatly expected that the Impact will have to absorb pressure from the Red Bulls in the second leg. Goalkeeper Evan Bush made three big stops for the Impact last Sunday, and he’ll likely have to make several more in order to put the Canadian side through to its first Eastern Conference final in club history.

Sacha Kljestan. The veteran midfielder has been pulling the strings all season for the Red Bulls, and he has 20 assists to show for his effort. The U.S. Men’s National Team midfielder was held in check for the most part in Leg 1, but Kljestan will need to find the passing pockets that have made him so dangerous throughout 2016 if the Red Bulls are to overcome the deficit at Red Bull Arena.

New York Red Bulls head coach Jesse Marsch on his side’s chances: “One of the talking points last year in the Columbus series is that even if it’s 0-0 in the 85th minute, the game is still there for us. Last year we scored [in extra time] then hit the post. We’ll remind them of that because it’s an important lesson.”

Montreal Impact head coach Mauro Biello on Didier Drogba’s status: “If he can play, he can help us. He trained today and we will see tomorrow how it reacts. We will do things a little more intense in the coming days. The fact he’s here is good news, and hopefully it will be available to the team. He wants to help this team, and he wants to win.”