On MLS: Piatti delivering MVP-caliber performances for Impact in playoffs 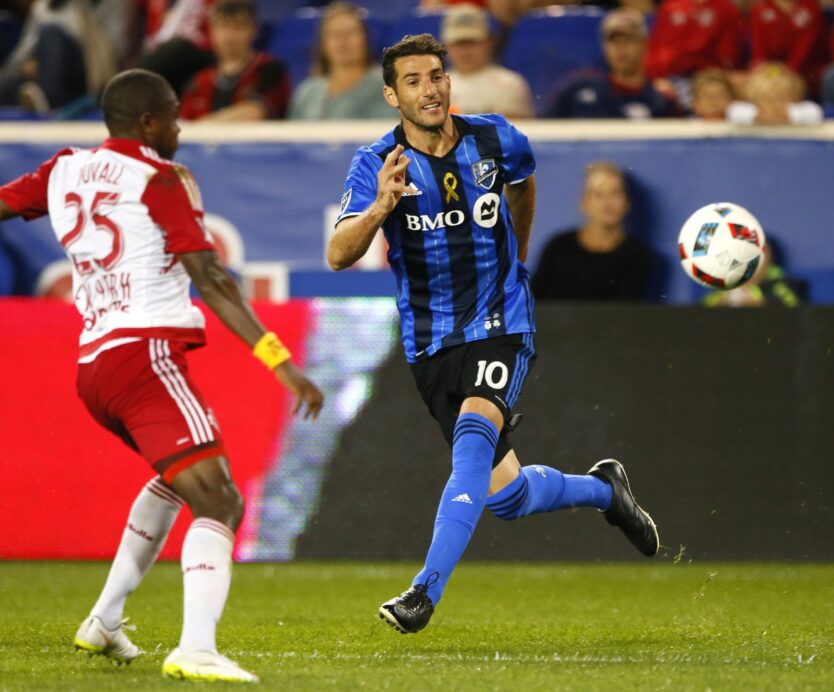 As Baldomero Toledo blew the full-time whistle in Sunday’s second leg of the Eastern Conference semifinal, the Montreal Impact, having just knocked out the New York Red Bulls on their own field, swarmed across one man.

Players and coaches flocked to Ignacio Piatti, the man of the match on the day as he scored twice in the Impact’s 2-1 victory over the Red Bulls. Those strikes gave Piatti his 20th goal of the MLS season, regular season and playoffs included.

The 31-year-old has now recorded three goals and one assist in the postseason. Only Sebastian Giovinco has scored more in the playoffs than the Argentine. Coincidentally, both players did not earn nominations for the MLS MVP award in 2016. Regular season assists leader Sacha Kljestan and golden boot winner Bradley Wright-Phillips are both up for the honor. However, the Red Bulls tandem came up empty-handed in their conference semifinal versus the Impact.

Piatti had a career year with 17 goals and six assists in the regular season. He scored 16 in all competitions with San Lorenzo in 2014 when the team won the Copa Libertadores. The Impact star knew he had to deliver on the big stage again in order for Montreal to make a run.

The Impact entered the postseason on a cold streak, winning just two of their final eight matches. Didier Drogba was refusing to play against Toronto FC in late September, which casted a shadow of doubt over the Impact’s chances. It didn’t help that the team would be facing a red-hot D.C. United in the knockout round, either.

However, Piatti and Matteo Mancosu tore apart United’s backline, en route to a 4-2 win at RFK Stadium. The Designated Player assisted on one of Mancosu’s goals and added one of his own in the process.

Three days later, the Impact returned to Stade Saputo for the first leg of their Eastern Conference semifinal versus the Red Bulls. Mancosu scored the decisive goal in a 1-0 victory and stole the headlines, but Piatti was electric once again, especially on the counter.

With the Impact up 1-0 and playing at Red Bull Arena, where they hadn’t won before Sunday’s tilt, the visitors needed Piatti to shine. Thankfully, he did just that.

Both goals were classic Piatti. The first involved some deft touches to round Chris Duvall, before firing his shot past Luis Robles. The second was a display of his pace, off-the-ball movement and composure as he clinched the Impact’s spot in the Eastern Conference final.

Now Piatti and the Impact will face Giovinco and Toronto FC in the East final, beginning on Nov. 22 at a raucous Olympic Stadium in Montreal. Both players have been exceptional during the postseason and will surely try to send another message to rest of the league that they deserved to be shortlisted for the MVP award.

Like TFC with Giovinco, the Impact will lean on Piatti to ensure that they are the first Canadian club to qualify for the MLS Cup final. The last No. 5 seed to win it all was the Colorado Rapids in 2010, who finished fifth in the Western Conference that year. If Piatti continues his fantastic form against TFC, Montreal could repeat the Rapids’ feat from six years ago.