On USMNT: Bradley, Klinsmann not on same page 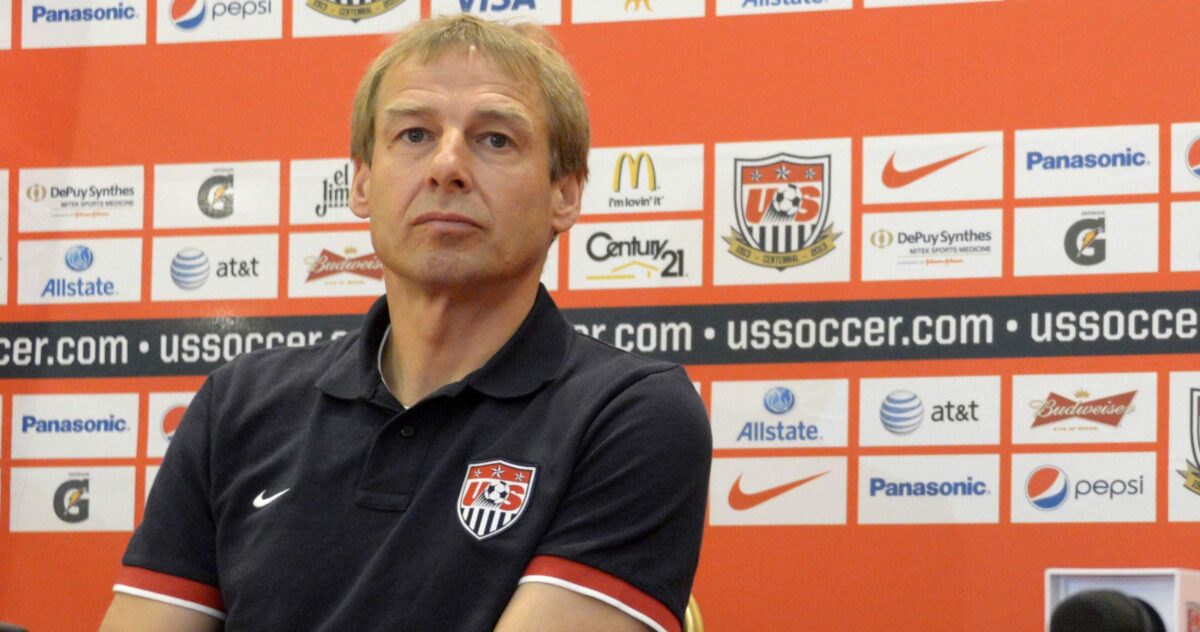 The relationship between a head coach and a captain is important. The captain is supposed to serve as the link between the coach and the players, to say nothing of being the de facto leader on the field and motivator in the locker room.

It is certainly not a good sign for the U.S. Men’s National Team then that Jurgen Klinsmann and Michael Bradly are not on the same page.

The Dos a Cero domination over Mexico at Mapfre Stadium in Columbus, Ohio, came to an end for the U.S. on Friday, as a late Rafael Marquez goal doomed the Americans to a 2-1 defeat in the sides’ opener in the final round of CONCACAF World Cup Qualifying.

While Marquez provided the difference with an 89th-minute goal, it was a poor first half that set the tone for the stunning U.S. loss. The Americans came out in a never-before-used 3-4-3 formation and were overwhelmed by their arch-rivals, giving up several good looks to Mexico before ultimately conceding to a Miguel Layun strike in the 20th minute.

Things got better for the U.S. when Klinsmann moved his players into the more familiar 4-4-2 setup midway through the first half after having a conversation with Bradley and Jermaine Jones during a stop in play. The damage had already been done, however, as the Americans were forced to overcome a disjointed start that seemed preventable.

“Tactically they do some interesting things,” Bradley told FS2 when asked directly if the initial formation Klinsmann deployed was to blame for the subpar first half. “They space themselves out in good ways and it means that things have to be very clear so that when you go to close down you’re not stepping out of one space and leaving things wide open. I thought as we got to the end of the first half and into the second half that that got better.”

Bradley had a point.

There were times during the open half-hour of the match when the U.S. was outnumbered greatly in the midfield. With wide midfielders Timmy Chandler and Fabian Johnson dropping to serve as fullbacks when Mexico had possession and Christian Pulisic staying high in a No. 10 role behind forwards Jozy Altidore and Bobby Wood, Bradley and Jones were left to cover swaths of space.

It was clear on the 10th-minute Mexico attack that ended with a saved shot off the post that the U.S. system would not hold up. It was also evident in the 16th minute when Hector Herrera fired high on an open look.

The Americans’ back three was repeatedly turning into a back five when El Tri penetrated their half, and that left Bradley and Jones to try and close down acres of land and passing lanes. That doomed strategy is why Mexico scored so easily, as Bradley lost a challenge about 23 yards out from goal with no midfielder to cover for him. He, like Jones, was left on an island. It was mission impossible.

Klinsmann, however, deemed it doable.

“The key in that (3-4-3) system is that your central midfielders need to get into these 1-on-1 battles. That’s something that was not happening in the first 25 to 30 minutes,” said Klinsmann. “Their players could roam and that puts you in difficulties. It gave them their best chances, so we changed it.”

Seeing Klinsmann point the finger at his players for faulty execution is nothing new, but Bradley’s comments about needing things to be very clear to counter Mexico’s tactics are. Bradley is among the most measured and astute players on the U.S., so for him to even hint at the gameplan being fuzzy is an obvious sign of frustration with Klinsmann. Why else speak out, even if by the subtlest of ways?

The contradiction in their takes also demonstrates that the coach and captain did not have a good understanding with one another entering Friday’s match, which is a cause for concern given that the Americans were playing their rival from the south in their biggest home game of the World Cup Qualifying cycle. It also raises questions as to how healthy their relationship is right now, and whether other players are in a similar boat with regards to not knowing exactly what Klinsmann wants tactically.

The good news for the U.S. is that it will not have to wait long to try and correct things. A road game in Costa Rica awaits on Tuesday, and an unprecedented first win there would definitely help soften the blow of seeing the Americans fall at the hands of Mexico in a World Cup Qualifier in Columbus.

Still, Klinsmann and Bradley need to try and get on the same page. It is unacceptable for the coach and captain to not be on the same page, and the sooner they sort things out the better the U.S. will be.