On USMNT: Gonzalez an ideal starter at centerback vs. Mexico 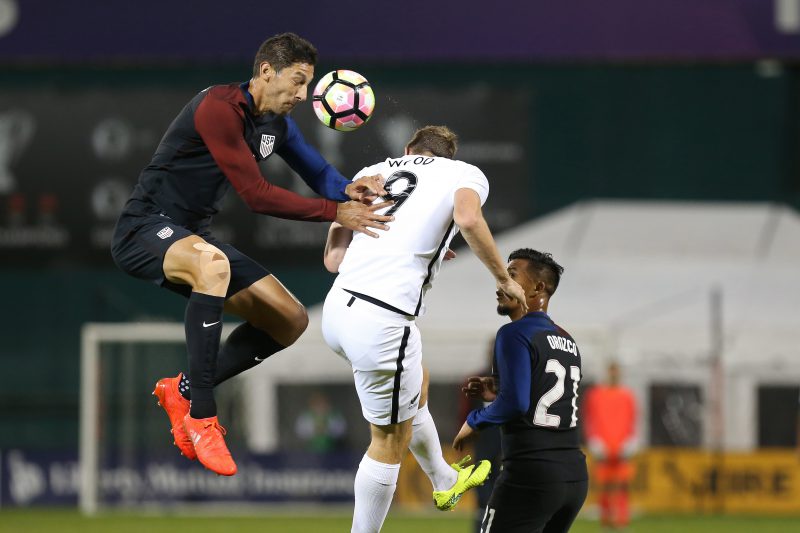 When Omar Gonzalez left the LA Galaxy for Pachuca last December, he was sad to leave everything behind in LA, but he was optimistic for the future.

Once Gonzalez quickly established himself as a consistent starter, en route to Pachuca winning the Clausura title in May 2016. The 28-year-old wanted to improve before moving to Mexico and he did exactly that just a few months later.

“Leaving is never easy and change can be difficult,” Gonzalez said in an open letter to the Galaxy fans. “However, this is an opportunity for me to continue to grow as a player and as a person.

“I’m growing as a player,” added Gonzalez. “To be honest, I think with [the] Galaxy, I maybe hit my plateau there. So being in a different league with new players, and a league that is so challenging — I think it was really important for me to take this next step, and I’m happy that I did it because it is a challenge playing here.”

The centerback seldom played for the U.S. Men’s National Team in his final year with the Galaxy, but he quickly earned recalls after solidifying his spot in Pachuca’s XI. Gonzalez most recently started in the USMNT’s 1-1 draw with New Zealand last month beside Matt Besler. Both defenders were the go-to partnership during the last World Cup qualifying cycle and were incredible, especially against Mexico at Estadio Azteca.

The U.S. will be missing the injured Geoff Cameron, which means the centerback spots are up in the air heading into the first matches of the Hexagonal phase of qualifying.

Given Gonzalez’s experience in Mexico and the fact that he is familiar with a few of the players, he would be an ideal candidate to start on Friday in Columbus.

The former Maryland Terrapin is teammates with the dangerous Hirving Lozano, plus there are 10 other Liga MX players on Mexico’s roster. It wouldn’t hurt to lean on a defender who has faced them before.

Mexico’s squad is predominantly made up of European-based players, which means coach Juan Carlos Osorio will likely field an XI that only contains one or two Liga MX players.

However, Gonzalez has also been successful against El Tri in the past. The defender has played in four matches against Mexico, recording two wins and two draws, which includes a 2-o victory in Columbus in Sept. 2013 during the Hex.

The important issue is who starts beside Gonzalez. John Brooks is in form with Hertha Berlin, but two taller and slower centerbacks could be tormented by a fast Mexican attack. Cameron Carter-Vickers is too inexperienced and has no chemistry with this current squad to be playing in a match of this magnitude. Besler is on the roster, so head coach Jurgen Klinsmann could go with the partnership that shut down Mexico at the Azteca in the last cycle. Steve Birnbaum is the only other feasible option as he is faster and can play with the ball at his feet.

Whoever Klinsmann decides to start on Friday, Gonzalez has to be the No. 1 option. His past success against Mexico and his familiarity with some of the players on the roster are two factors that will be hard to ignore.