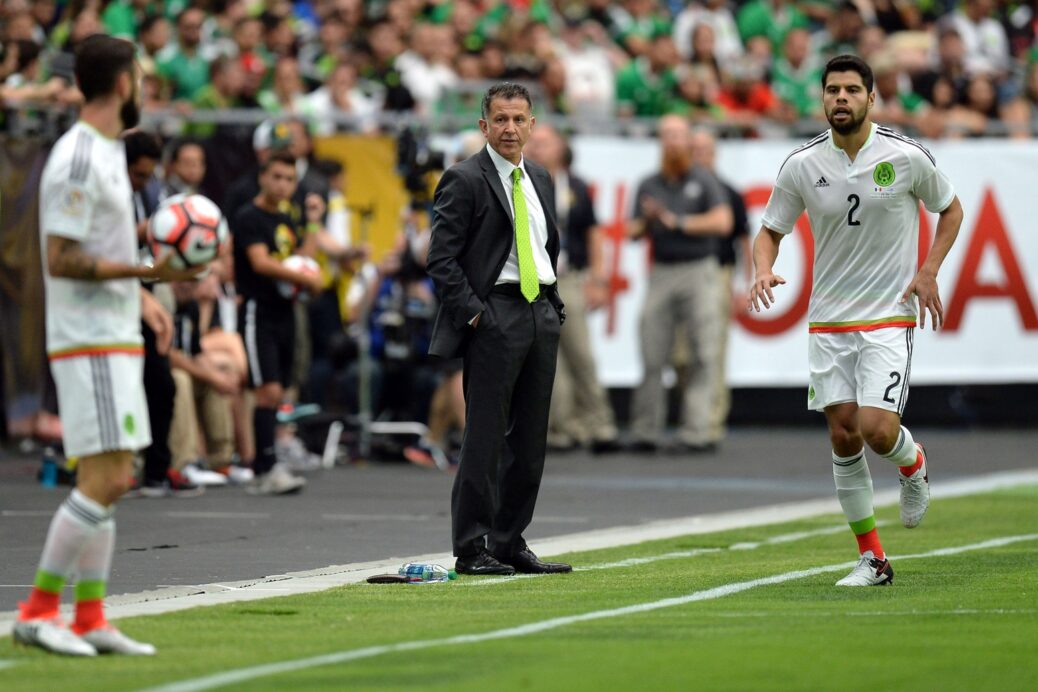 Mexico boss Juan Carlos Osorio is still somewhat new to the job, even if he has lasted quite a while by El Tri standards. Now over one full year into his Mexico tenure, Osorio is finally set to experience his first clash with the U.S. Men’s National Team, and he isn’t prepared to take any chances.

Osorio revealed what was almost certainly his strongest possible squad on Thursday as Mexico looks ahead to the Nov. 11 clash with the USMNT. Set for a very familiar, and much maligned, MAPFRE Stadium, Osorio is fully aware of the challenge that lies ahead, and it appears that the former New York Red Bulls boss has his plan.

Throughout his tenure, Osorio has tinkered and experimented, looking to find the right combination of youngsters and veterans in his pool. Under his watch, 60 players have been brought in. This roster, though, is straight-forward. Recent exclusions Carlos Vela and Giovani dos Santos are in, while regular stars Javier ‘Chicharito’ Hernandez, Miguel Layun and Andres Guardado are all healthy and ready to go.

When looking through the Mexico squad, the first thing that stands out is the lack of true fullback options. Layun, on his day, is legitimately one of the best left backs in the world but, outside of the Porto star, there aren’t many wide defensive options. Carlos Salcedo and Jesus Duenas are full back options, even if the former is a primary centerback while the latter is listed as a midfielder.

However, it appears that Osorio isn’t worried about hiding the fact that he will be going with a three-at-the-back system. That pushes Layun forward into a wing-back role and, with regular right back Paul Aguilar out due to an ACL, it’s likely the best way to utilize the resources at hand. The three centerback system helps limit and smother Jozy Altidore and Bobby Wood while challenging a young player like Christian Pulisic to be the biggest creator down the side. If Layun is placed on Pulisic’s side, the Borussia Dortmund winger will face one of the toughest tests of his career.

The midfield, meanwhile, remains a strength. Guardado remains one of the best players in CONCACAF, while Jonathan dos Santos is back in the fold after an injury. Mexico has depth with the likes of Giovani dos Santos, Marco Fabian and Hector Herrera, but it remains to be seen which midfielder will be tasked with staying back and playing a more defensive role. Herrera and Guardado remain candidates, even if it would be nice to have the luxury of allowing the two to get into the attack.

At the forward position, meanwhile, there is competition for Hernandez, even if it remains all but certain that the Bayer Leverkusen star hops in the lineup. He’s on a bit of a recent cold streak thanks to a six-game goalless run, but he remains an elite forward no matter what way you slice it. Raul Jimenez and Oribe Peralta are in the mix, but, depending on Osorio’s preferred formation, could be set for super-sub roles.

On the wing, Jose “Tecatito ” Corona should be one of the first names on the team sheet, as his ability to create off the dribble should give Fabian Johnson fits down the right side. Hirving Lozano’s pace could keep even DeAndre Yedlin honest down the right, while Javier Aquino also brings blazing speed as an option on the wing.

That leaves the mystery that is Carlos Vela. Given his history, Vela likely wouldn’t be called in for no reason as he has, at times, proven to be more trouble than he’s worth due to his constant feuding with the powers that be. At his best, the Real Sociedad attacker might just be Mexico’s best player, and his presence is a scary one for the USMNT. Vela is supremely talented and extremely dangerous when he is locked in and, even if he’s merely a substitute option, the matchup in Columbus could serve as an important step towards finally repairing the marriage between player and national team.

Overall, Mexico boasts a roster that, given the circumstances, is about as strong as possible. Several exiles are back in the fold, and most of the team’s biggest stars are healthy and ready to go. Questions remain but, at least on paper, Mexico appears ready to finally push for an end to the Columbus curse.