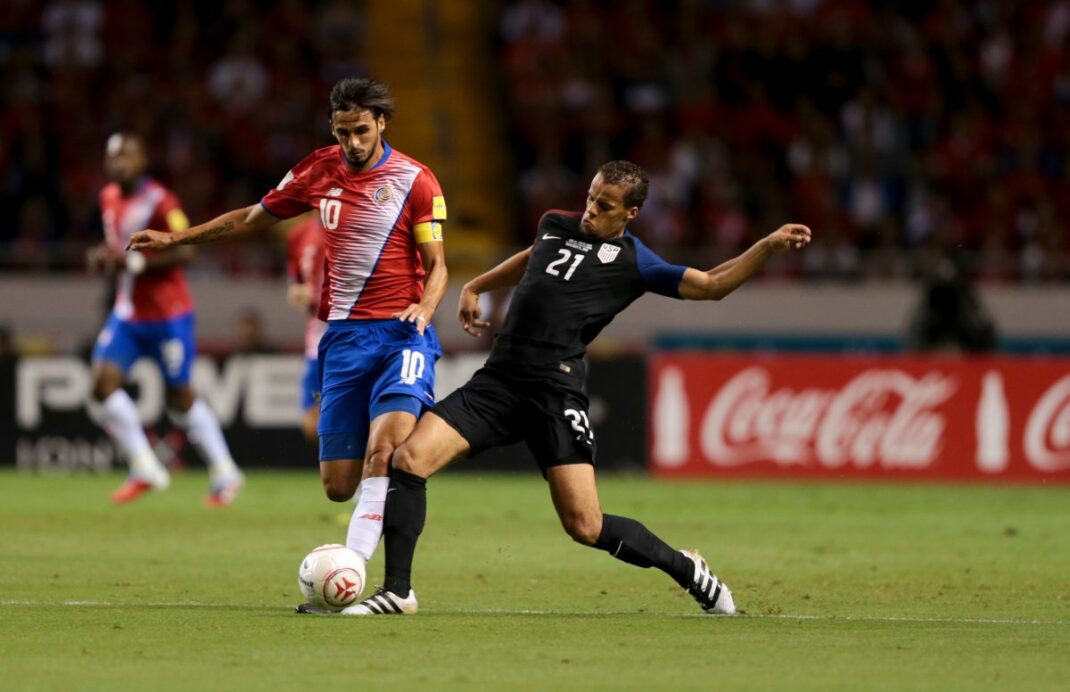 The U.S. Men’s National Team’s hoodoo in Costa Rica continued after a heavy 4-0 defeat in its second match of the hexagonal phase of World Cup qualifying on Tuesday.

This is the first time the USMNT has begun the Hex with two defeats since it was introduced for 1998 World Cup qualifying.

The Costa Ricans controlled the game in the first half as Venegas was causing all sorts of issues for U.S. centerback John Brooks. The Montreal Impact forward nutmegged the defender on seven minutes before forcing a save out of Brad Guzan.

Christian Pulisic got more involved shortly thereafter. The Borussia Dortmund midfielder received a pass on the left flank from Jermaine Jones and knocked in a cross for Bobby Wood, but Keylor Navas smothered the ball before the forward got his foot to it.

Wood tried to return the favor before halftime as he sent a dangerous cross past Kendall Waston, but no USMNT player could get a foot to the ball.

Venegas finally scored the opener on the stroke of halftime as Bolanos took advantage of some open space on the left flank before his teammate hammered a header past Guzan.

The USMNT held on and mustered another opportunity through Johnson, but then everything unraveled on 68 minutes. Bryan Ruiz sent in a ball to Bolanos, who beat Timothy Chandler to the cross before heading the ball over the line to make it 2-0 for the hosts.

USMNT head coach Jurgen Klinsmann made some changes, but so too did Costa Rica’s Oscar Ramirez. Campbell entered the match in the 67th minute and scored his team’s third of the night just seven minutes later. Brooks mistimed a long ball, the Arsenal man won possession, dribbled past the Hertha Berlin defender, and then calmly slotted the ball into the net.

Campbell completed his brace on another one-on-one chance with Guzan to seal a huge 4-0 victory.

Costa Rica now leads the Hex with six points after two games, with the USMNT stuck at the bottom with Trinidad & Tobago. The Americans face Honduras on March 24 in their next match before traveling to Panama on March 28.