USMNT vs. Mexico: A Look Ahead 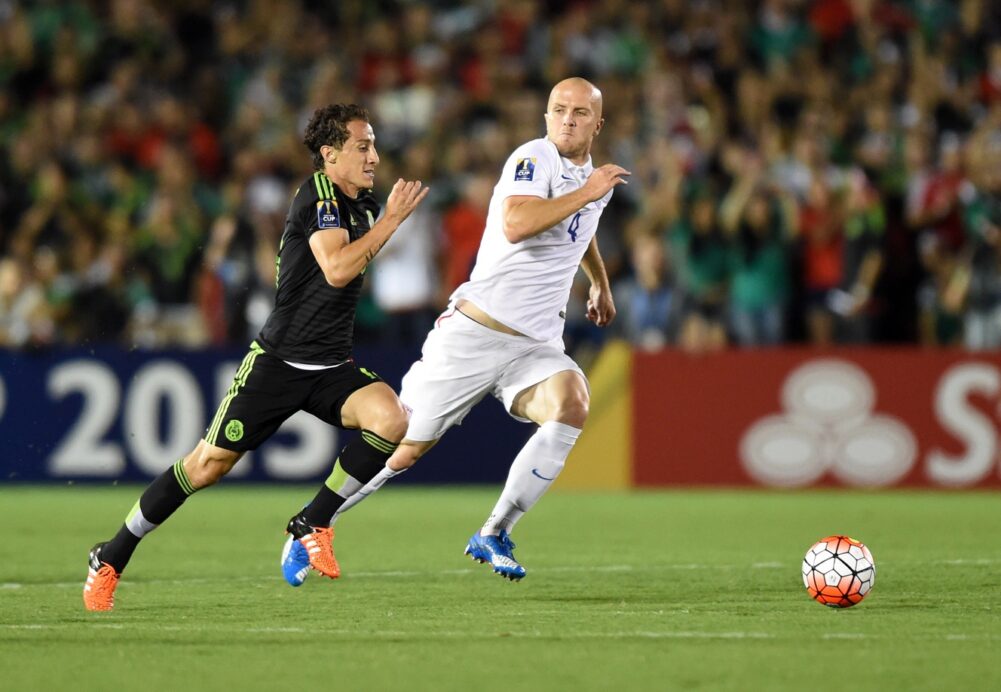 Friday is the big night. After weeks of build-up, the U.S. Men’s National Team collide on Friday night, opening the Hexagonal round of World Cup qualifying with one of the biggest rivalries in international soccer.

The two CONCACAF powerhouses meet in Columbus’ MAPFRE Stadium, a site that has proven a safe haven for the U.S. throughout the past decade-and-a-half. However, Mexico most recently one-upped the U.S. in last year’s CONCACAF Cup, booking a spot in the Confederations Cup at the expense of their biggest rival.

Ahead of Friday’s clash, read up on all things USMNT-Mexico as SBI previews the big game:

The U.S. Men’s National Team is ready for a battle to open the Hexagonal on Friday night. (READ)

Ahead of the match, SBI takes a look at several battles and matchups to watch. (READ)

SBI takes a look at who the USMNT should start for Friday night’s clash. (READ)

After reclaiming the role of USMNT starter, Tim Howard says his mindset hasn’t changed as he heads towards the match against Mexico. (READ)

Jermaine Jones says he is looking for Javier ‘Chicharito’ Hernandez to stop complaining to referees. (READ)

Both Howard and Michael Bradley understand that there will be political undertones to Friday’s match, but hope the action on the field makes the evening truly special. (READ)

Christian Pulisic is looking forward to a “dream” opportunity of playing against Mexico. (READ)

Following a three-month injury absence, Jermaine Jones is back in the fold with the USMNT. (READ)

The USMNT’s most experienced veterans are hoping to guide several young stars through their first Mexico clash. (READ)

Javier ‘Chicharito’ Hernandez is confident in Mexico’s ability to break the Dos a Cero streak. (READ)

Michael Bradley and Sacha Kljestan reflected on the USMNT’s 2009 win over Mexico. (READ)