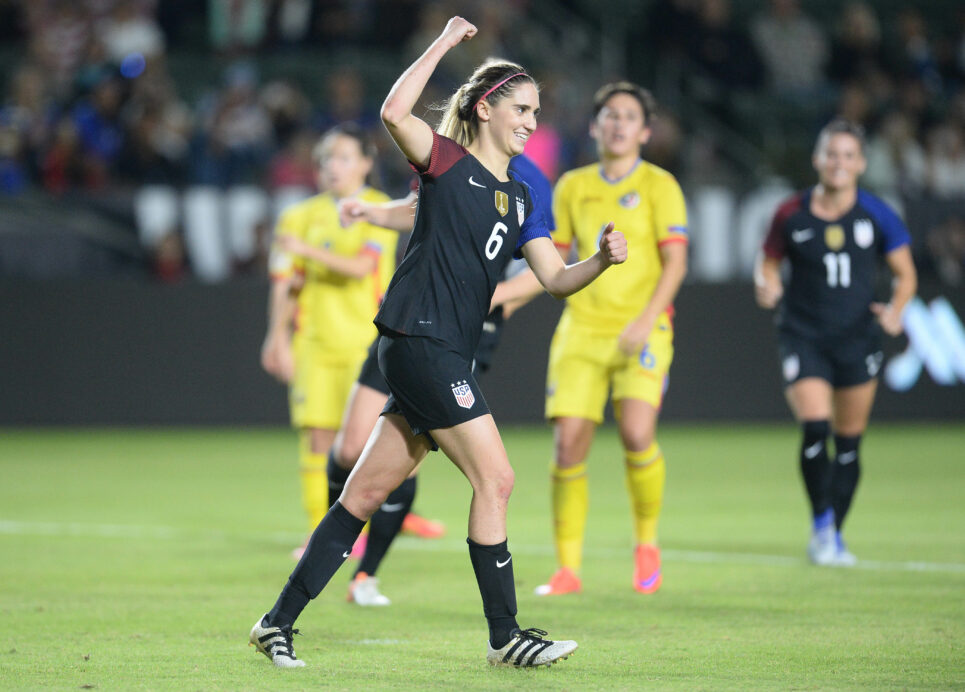 The U.S. Women’s National Team ended 2016 on a high with yet another win on Sunday night.

The USWNT dismantled Romania in their second match in the past week, following up their previous 8-1 victory with a 5-0 win on Sunday. The team finishes 2016 with a 22-0-3 record, just the third time they’ve gone unbeaten in a calendar year in which they’ve played 10 or more matches, after 2006 and 2013.

The scoring opened with a Romanian own goal, from a bad touch by defender Teodora Meluta, giving the USWNT an early advantage. Crystal Dunn would make it a two-goal lead just before halftime, slotting her shot under the keeper and into the back of the net.

Christen Press would follow her hat trick from last week’s match by adding a 55th minute goal to extend the USWNT lead to three, while Morgan Brian and Samantha Mewis would add two more late for a 5-0 final scoreline.

Goalkeeper Alyssa Naeher, who took over after the USWNT’s disappointing Olympics exit, improved to 5-0-0 on the year with four shutouts in replacement of Hope Solo.