Garber: MLS priority ‘getting young guys who are at their prime’ 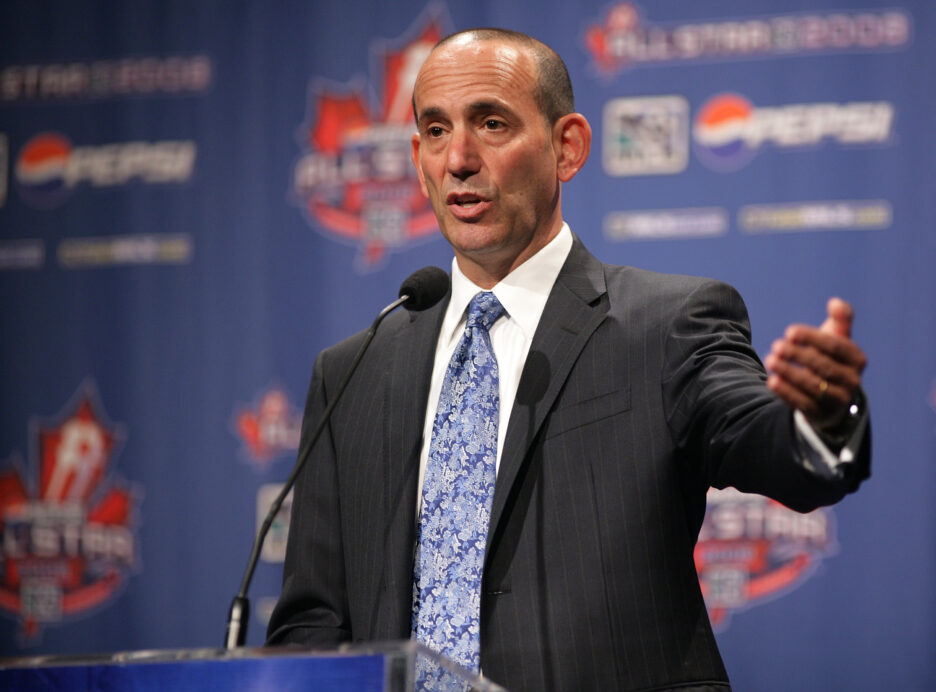 With a noted shift in DP policy at many MLS clubs over the past few years, commissioner Don Garber has chimed in on the league’s need for younger stars.

Speaking during halftime of Wednesday’s thrilling Eastern Conference final between Toronto FC and the Montreal Impact, Garber praised younger, in their prime stars such as Sebastian Giovinco and Ignacio Piatti, stating that MLS needs more players like them.

“When you have Gerrard and [Frank] Lampard and Drogba in your league it adds a lot of profile. But I’m excited by guys like Sebastian Giovinco. I’m excited by Piatti — I think he’s one of the best players in the league.” said Garber. “I see Michael [Bradley] and Jozy [Altidore]. Getting young guys who are at their prime playing in our league is far more important than getting legendary players coming into our league at the end of their career. And I think we needed that a lot more [in the past]. I don’t think we need that as much now.”

Several aged superstars have left the league at the conclusion of their team’s campaigns. Steven Gerrard and Frank Lampard both announced their departures from the LA Galaxy and New York City FC respectively, with Didier Drogba potentially joining them now that the Impact have been eliminated from the playoffs.

Garber also stated that while signing older players may not stop completely, he anticipated the focus shifting from publicity and notoriety to genuine ability to help a team win.

“[Teams] used to sign them because they thought they would help sell tickets. And now it really matters if they’re going to help your team win.” Garber explained. “Because if your team wins, you have 36,000 people coming to your game. You don’t need to get it artificially. But obviously it’s been an honor to have those players in our league.”