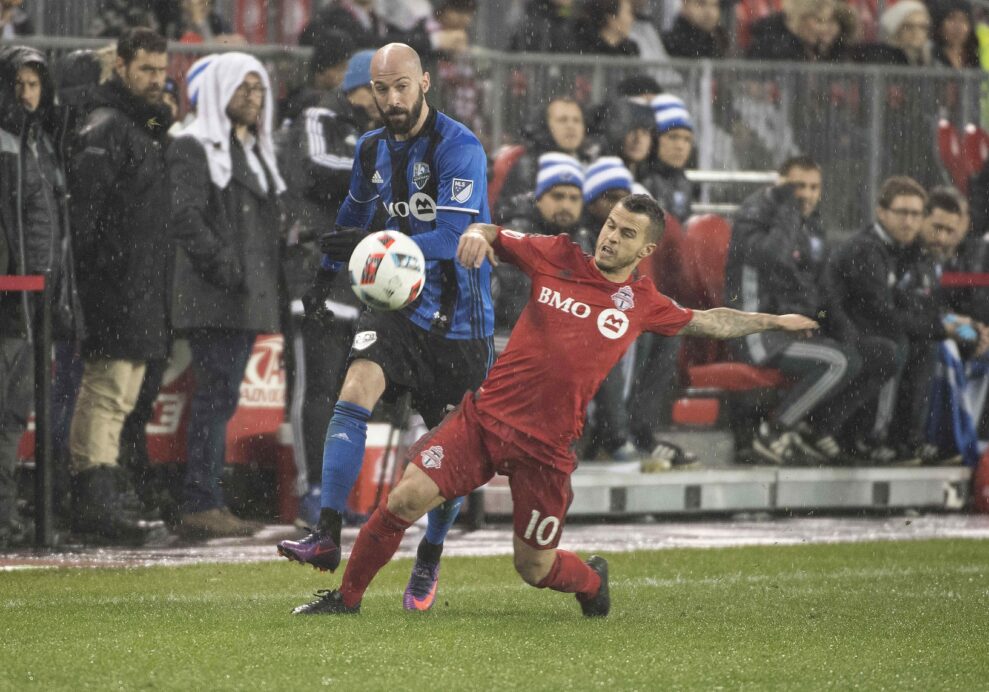 It was one of the most exhilarating series in recent memory. Goals galore, a real rivalry, stakes that truly mattered to all involved. The clash between Toronto FC and the Montreal Impact had everything, but when all was said and done, someone had to fall short.

So many times throughout Wednesday’s second leg clash, it looked like the Impact were bound for MLS Cup. After squandering a three-goal advantage in the opening leg, the Impact jumped out of the gates hot on Wednesday evening at BMO Field. Goals from Ignacio Piatti and Dominic Oduro looked to be enough to give the Impact a moment of joy, a historic berth in MLS Cup.

It wasn’t to be, as Toronto FC stormed back before netting a pair of extra time goals to break Impact hearts. It was a rollercoaster, one that captured many throughout both Canada and the United States, but when it ended, the Impact’s ride was over.

“I think the way this series was going, I figured it was going to be who scores the most,” said Impact head coach Mauro Biello. “In the end, it went that way. We were able to score those two goals, we were able to change the momentum, but again, a lapse and you give up that goal in overtime and they just took the momentum with them.

“It’s tough. I look at the game in Montreal where we had that lead and you let that second goal slip,” he added. “We were able to score two goals here. We were close. We were right there. They found a way through set pieces at the end to get those goals and, at the end, that was the difference between us going home and them going to the MLS Cup final.”

From the opening moments of Wednesday’s clash, the Impact came ready to play, even if the team had to push past a scary collision early into the match. Early in the first half, Hernan Bernardello was clattered by a flying Jozy Altidore, leaving the Impact midfielder motionless. Bernardello pushed on to halftime, when he left with a shoulder injury, as Biello said the midfielder passed all concussion protocols before returning to the match.

Oduro’s 24th minute goal gave the visitors a two-goal cushion, one which, on most days, would have been enough to hold on. Yet, TFC stormed back through Armando Cooper and Altidore on set pieces, giving TFC the advantage heading into halftime.

Just minutes into the second stanza, it was Piatti, much like it has been throughout the Impact’s season. The Argentine has shined throughout the 2016 campaign with flashy moments and spectacular displays of skill, but a 53rd minute bumble of a goal restored the Impact’s advantage in the ugliest of ways.

A Nick Hagglund header 15 minutes later served as a dagger before Benoit Cheyrou and Toissant Ricketts twisted the knife when the game reached extra time. An opportunity that looked so close was gone, as TFC poured on goals on their home field to seal an MLS Cup berth.

“I am proud of this team, as we gave everything,” said Impact captain Patrice Bernier. “You score twice on the road, you’ve done the hardest part. This was a very emotionally charged game. Goals all over the place, taking the lead, losing the lead. This game was a roller coaster of emotions. We left everything we had on the field.”

Biello was left to rue the set piece defending. Three of TFC’s goals were from dead-ball situations, sequences that are entirely preventable in Biello’s eyes. The Impact simply were not physical enough on set pieces, and they paid the price.

Now, they look ahead towards next season, one which will certainly bring its share of change. Didier Drogba, who joined the fray late in the second half with little effect, is gone, opening up a Designated Player spot for the Impact. There’s room to reload, retool, even if the lineup that started on Wednesday is among the oldest in MLS.

Years down the line, Biello and co. may reflect on Wednesday’s match as a pivotal moment for Canadian soccer. Biello says he hoped a lot of young players throughout the country watched Wednesday’s match and took something from it. The game, one which he called “amazing”, is one that stays with you, for better or worse.

Before that reflection even begins, though, the Impact are looking ahead to what they hope will be a more promising future.

“Guys are down in the dressing room,” Biello said. “It’s grueling out there, a tough game with a lot of emotions in the playoffs. It’s a long season and, in the end, the players gave everything, all the way to the end.