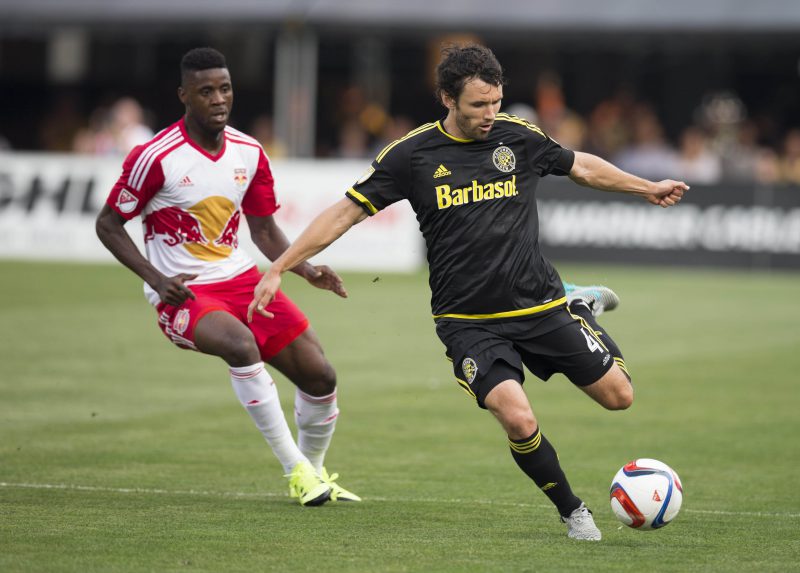 The Columbus Crew will part ways with defender Michael Parkhurst this winter, and their loss is another team’s gain.

The Crew have agreed to trade Parkhurst to Atlanta United, Goal.com reported on Wednesday. The 32-year-old Rhode Island native was set to be out of contract at the end of the 2016 season, and was to be eligible for the re-entry draft before the Crew worked out the trade.

Parkhurst has been a stalwart for the Crew over the past three seasons, starting all but two matches over that span and not missing a single game in 2016 while netting two assists.

Prior to his time at the Crew, Parkhurst began his career in MLS back in 2005, spending four seasons with the New England Revolution, winning a U.S. Open Cup, before leaving in 2008 to join Danish side FC Nordsjaelland. There he spent five seasons with the Superliga side while earning consistent playing time and winning the league once and the league cup twice. Parkhurst briefly made two appearances at FC Augsburg in the Bundesliga before returning to MLS with the Crew.

The stalwart defender has also represented his country from 2007-2014, making 25 appearances with the U.S. Men’s National Team, including the 2007 and 2013 Gold Cups and was included in Jurgen Klinsmann’s preliminary 30-man roster for the 2014 World Cup in Brazil.