Players with the most to gain in USMNT January camp 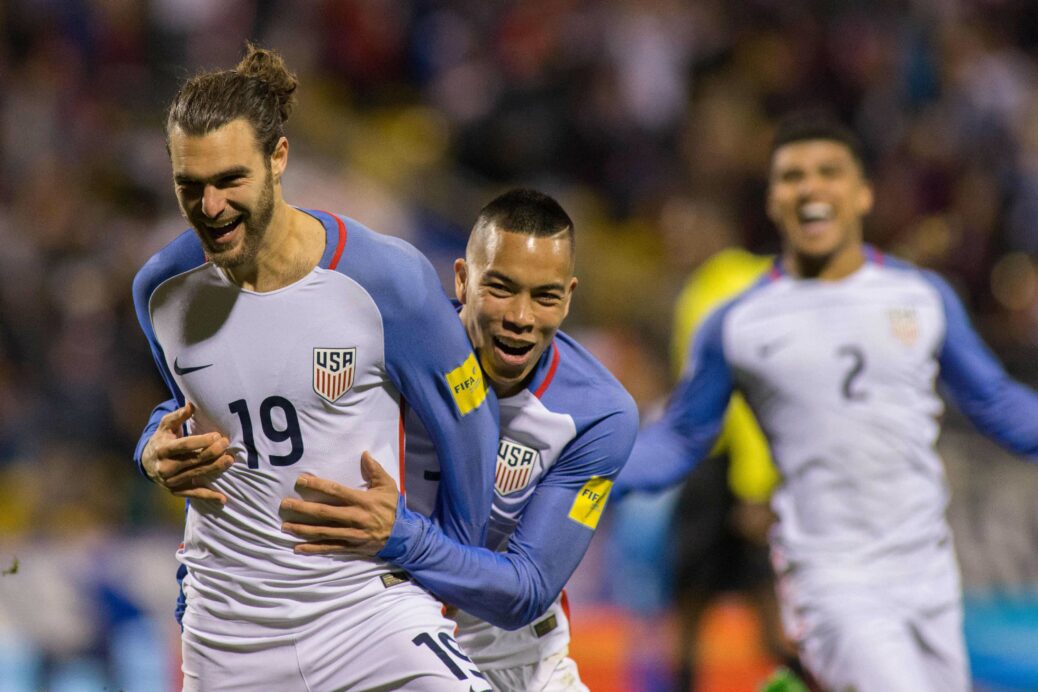 The first opportunity for domestic-based U.S. Men’s National Team players to impress new manager Bruce Arena is the annual January camp. Arena may not be searching for a permanent starters at every position, but the camp is a good chance for him to see what he has depth wise at certain spots on the pitch.

For the 32 players invited to California to train ahead of the friendlies against Serbia and Jamaica, it is a chance to improve their international resume, and it is an opportunity for young players to make an initial mark on Arena with the 2017 CONCACAF Gold Cup and World Cup qualifying on the horizon.

Below is a look at five players who have the most to gain from the January camp and the friendlies to follow.

The player with the most to gain and most to lose in January camp is Graham Zusi. The winger was a vital part of the last World Cup cycle, but he hasn’t done much to impress since leaving Brazil.

The Sporting Kansas City man has four goals and nine assists in 46 matches over the last two seasons in MLS, a drop off from previous seasons that earned him a Designated Player contract to remain with the club alongside Matt Besler. The wing also may not be Zusi’s preferred position with the USMNT given the growing depth on the flanks.

It appears that Zusi will be tried out as a right back, which isn’t a terrible idea given the depth at the positions and the youth that makes up the pool of candidates. Zusi may not beat out someone like Yedlin for a starting spot in the Hex or the World Cup, but he could turn himself into a serviceable substitute and a leader on what could be an experimental Gold Cup squad in the summer.

If there’s any position that needs a permanent starter, it’s full back. Keegan Rosenberry proved during his rookie season with the Philadelphia Union that he has the potential to fill one of those spots in the future. Right back may not be a direct area of concern for the USMNT at the moment with DeAndre Yedlin fitting in at the position, but there’s always a chance the Newcastle United man gets moved up to midfield.

Rosenberry thrived in one-on-one defending in 2016, and he went through a stretch during the summer where he shut down some of the league’s most dangerous attackers in one-on-one situations. The Georgetown University product isn’t going to bomb forward as much as Yedlin or Timothy Chandler might, but he is positionally sound, which is something the Yanks have lacked in the last few years at full back.

The goalkeeping hierarchy of the USMNT will change in the next 24 months, and the list of contenders for the No. 1 shirt has grown in the last year with the emergence of Ethan Horvath, who recently completed a move to Club Brugge in Belgium.

For the longest time, many believed Bill Hamid was the heir apparent to Tim Howard and Brad Guzan, but because of injuries and Jurgen Klinsmann’s judgement of the goalkeeping depth chart, he’s dropped beneath a few of his closest rivals at the position.

Hamid remains one of the top netminders in MLS, and D.C. United has him to thank for a few victories during its run to the postseason in 2016. If he performs well in net against either Serbia or Jamaica in the post-January camp friendlies, Hamid has a chance to be on the roster for the this summer’s CONCACAF Gold Cup and prove that he’s above Horvath on the depth chart.

After breaking onto the MLS scene with the LA Galaxy in 2015, Sebastian Lletget faded off the radar a bit with just one goal and eight assists in 2016, but he’s plenty of familiarity with the USMNT coaching staff led by former LA boss Bruce Arena.

The 24-year-old winger brings a diverse skill set to the pitch, and he will be one of a few attacking midfielders looking to make a mark over the next month in an attempt to work his way into the squad for the upcoming Hex matches and the Gold Cup. Lletget is one of only a few wingers on the roster so he should receive minutes against both Serbia and Jamiaca.

If Lletget can make an impact on the flanks in the pair of friendlies, he has a chance to make some inroads at a position that is currently occupied by Christian Pulisic, Alejandro Bedoya and Fabian Johnson. Like some of the players called into January camp, Lletget probably won’t start for the USMNT in significant matches outside of the Gold Cup in 2017, but he could be a solid option off the bench if he impresses that much over the next few weeks.

You know left back is still a trouble spot for the USMNT when DaMarcus Beasley is being called into the camp once again. One player who can assure Beasley doesn’t have to come out of retirement again to fill the void at left back is Greg Garza.

Garza, who recently joined MLS expansion side Atlanta United, was on the fast track to being a regular in the 23-man squad before suffering some injury setbacks. Now that he is healthy again and has a place to earn first-team minutes on a consistent basis, Garza could be the answer at left back.

The owner of nine USMNT caps is one of two left backs in the January camp, with D.C. United’s Taylor Kemp being the other. With Fabian Johnson committed to playing in midfield and no clear candidates making a case for themselves to lock down the starting role in the final part of the Klinsmann era, Garza has a chance to make that position his own, starting with the January camp.