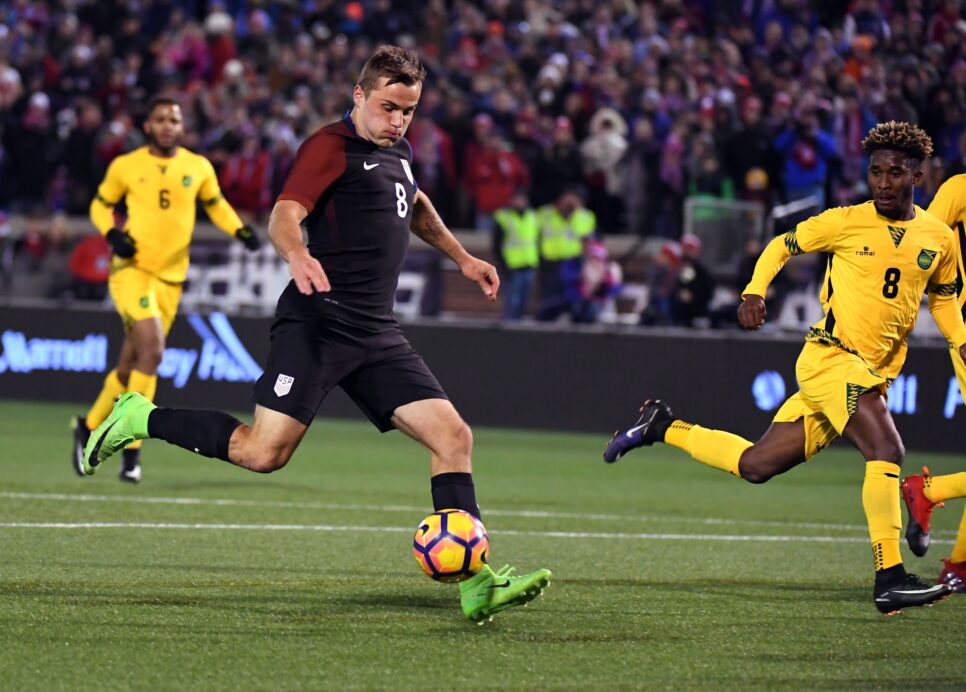 For the second straight game, the U.S. Men’s National Team was lacking a bit of sharpness on the attacking end, but all it took was one moment of magic to create what turned out to be the game-winner.

Benny Feilhaber’s assist sprung Jordan Morris for the game’s lone goal as the U.S. toppled the Reggae Boyz, 1-0, on Friday in Chattanooga, Tennessee. The win is Arena’s first since taking over the USMNT following a scoreless draw with Serbia in the first game of the annual January camp.

The U.S. knocked on the door several times throughout the match with a majority of their efforts looking very similar to the Serbia match as the final ball was simply lacking. Finally, that final ball came through Feilhaber, who opened the door for what turned out to be the game-winning goal in the 59th minute.

Following a quick one-two atop the box, Feilhaber slipped a past in between defenders and onto the feet of Morris. The Sounders forward took a touch before firing a shot towards goal, besting Jamaica goalkeeper Ryan Thompson for the USMNT’s first goal in the two-match camp.

While the first side was relatively tepid, both sides did create chances that could have, and probably should have, hit the back of the net.

The U.S. controlled the better of the play, with the best look actually coming via a set piece in the 39th minute. Following a short corner from Benny Feilhaber, a pass was laid back to Sebastian Lletget, who curled a shot just past the far post.

On the other end, Jamica nearly took advantage of a fast break opportunity down the right side. Luis Robles made the initial save on Romario Williams and the ensuing shot was tipped up and over the bar.

Defensively, the USMNT remained solid throughout aside from the Williams chance with Walker Zimmerman looking strong in his USMNT debut. Jorge Villafana, making his second international appearance, created several chances on the attacking end, with the best coming via a second half cross that was headed straight at the goalkeeper by Chris Pontius.

Following the win, the U.S. now looks ahead to World Cup qualifying. The next stage of CONCACAF play begins in March with a clash with Honduras in San Jose, California before a visit to Panama.