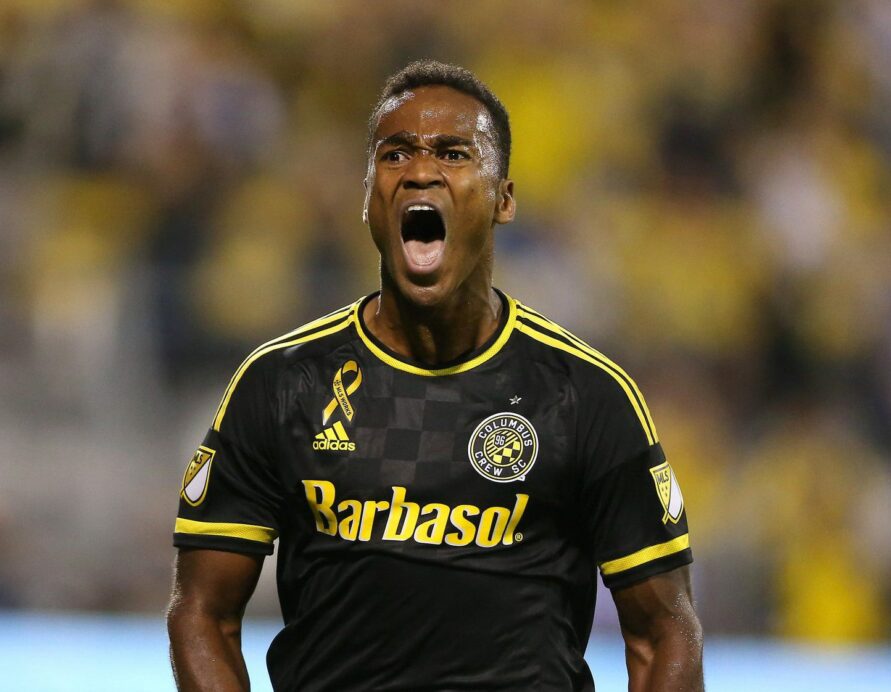 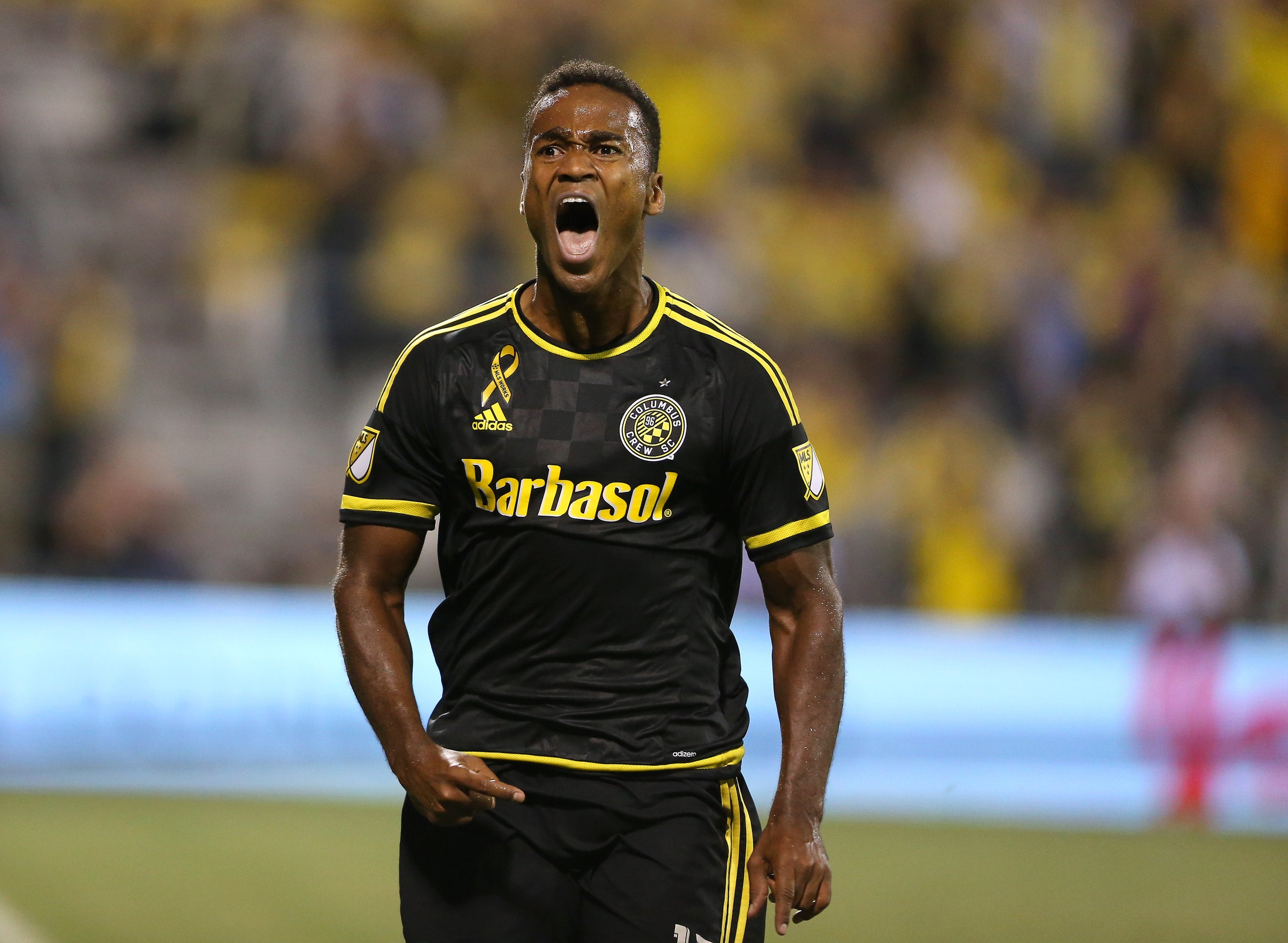 Motivation can be borne out of success and failure. The Columbus Crew have experienced both in the last two seasons, with the latter fueling the start of the 2017 campaign.

“I think it’s extremely motivating,” Crew manager Gregg Berhalter told SBI. “I think sometimes you can be motivated by success and motivated by failure. We look at last year as a failure and I think it gave us that hunger and renewed desire to compete at a higher level this year.”

A year after they hosted and lost MLS Cup to the Portland Timbers, the Crew finished second-to-last in the Eastern Conference, with only the rebuilding Chicago Fire ending up beneath them. Most of the core from last season’s disappointing campaign are still around, but there are a few fresh faces that should improve the squad as well.

The Crew’s top move of the offseason came in defense, where they added Ghanaian Johnathan Mensah, who will be tasked with leading the line. The World Cup veteran just joined up with the team after the African Cup of Nations, but he’s already made a positive mark.

“He trained for the first time (Friday),” Berhalter said. “He had some time off from the African Cup of Nations. We saw why we wanted him. He’s physically imposing. The opponent feels when we goes into a tackle. I feel like he’s going to be a good signing, especially in shoring up the back line.”

Behind Mensah in goal, a competition is heating up to replace the departed Steve Clark. Zack Steffen, who returned home from Germany last summer, and Brad Stuver are competing for the No.1  position. There’s no clear answer yet from Berhalter as to who will start because of the strength of the competition.

“They’re battling out for the No. 1 spot,” Berhalter said. “It’s a hotly contested battle right now. Both of them are doing well. I think it’s going to come down to the last week of preseason.”

Berhalter is also impressed with the battle being waged at the forward position. Ola Kamara was the team’s top forward a year ago, and he should start, but the Norwegian is getting a push from Adam Jahn, who was acquired from San Jose last summer.

“I think between the both of them they should be able to score goals,” Berhalter said.
“This is another battle on the field at a good position we’re excited about. I think both of them are capable, both bring a slightly different dimension and I think that makes us less predictable.”

With that extra push from last year’s disappointment, the Crew should be back in the playoff mix in 2017.

Here’s a deeper look at this season’s edition of the Columbus Crew.

All eyes will be on Mensah from the first minute he plays in a Crew uniform. He will take over for Parkhurst as the commander of the defense, and he already has some chemistry with right back Harrison Afful. However, his late arrival in camp could lead to some rough sledding in the opening month or two of the season as he gets acclimated to his teammates and the competition in MLS.

Pressure Is On: Ethan Finlay

The final stat line from Ethan Finlay’s 2016 season doesn’t appear to be all that bad on the surface, but compared to his past two years in the league, it wasn’t the production needed to spur the Crew into the postseason. Finlay found his form in the final few months of the season, but it was too little, too late for his side to make a move into the top six of the East. The American winger needs to be consistent from the jump, and he’ll have plenty of targets to choose from with Kamara, Jahn and Justin Meram alongside him.

Much like a few of the other clubs in the East, the core of the Crew has played together for a few years. Although there are some new faces that will add a needed breath of fresh air to the lineup, most of the names in the Week 1 starting lineup will be Crew mainstays.

“When you mention guys like Wil Trapp, Tony Tchani and Ethan Finlay, Justin Meram. They’re not inexperienced players anymore,” Berhalter said. “There’s been a lot of talk over the last three years about how we want to play and they’ll be leaders on the field.”

Trapp and Tchani’s importance in front of the back four will show more in the first part of the season as Mensah adjusts to the squad, and the first-choice goalkeeper gets used to his new starting role. If the defensive midfield pair can hold down the fort, the Crew will be off to a strong start, beginning in Week 1 against the Chicago Fire.

If all goes according to plan, the front four of Finlay, Meram, Kamara and Federico Higuain should be a well-oiled machine once Higuain is fully recovered from his injury. In the meantime, players like Jahn and new signing Artur will look to fill the void left open by the recovering Argentinian.

One of the many trends from 2016 the Crew will have to reverse is their poor form on the road. Every point matters in MLS, especially with the East growing in numbers with the addition of Atlanta United.

“I like how our team plays on the road,” Berhalter said. “I think we can adapt and we can put teams on their heels even on the road. Now it’s about more results. I think that to be successful on the road, you need six or seven wins. It’s not such a high standard and we’re looking forward to that challenge.”

“To be honest, I think every team in MLS is difficult to play against. I think when it comes down to it, it’s winning close games,” Berhalter said. “Overall, I think the conference is good. I also thought it was good last year. There are some good, competitive teams in it and I’m excited about this year. We have an exciting schedule with some good home games so we’re excited about it.”

If the Crew can set a tone early in the season and keep consistency on the pitch at Mapfre Stadium and on their travels, there’s no doubt they’ll be in the postseason once again. And with a bigger desire to reach the playoffs after last year, the Crew have as good a chance as anyone to finish in the top six with their talent. 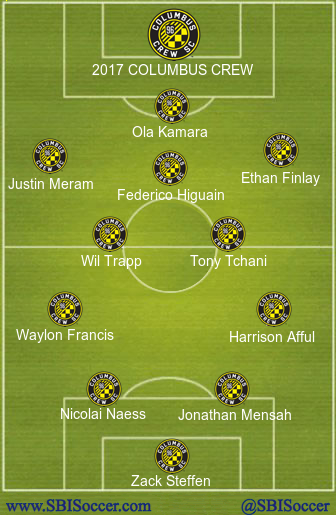