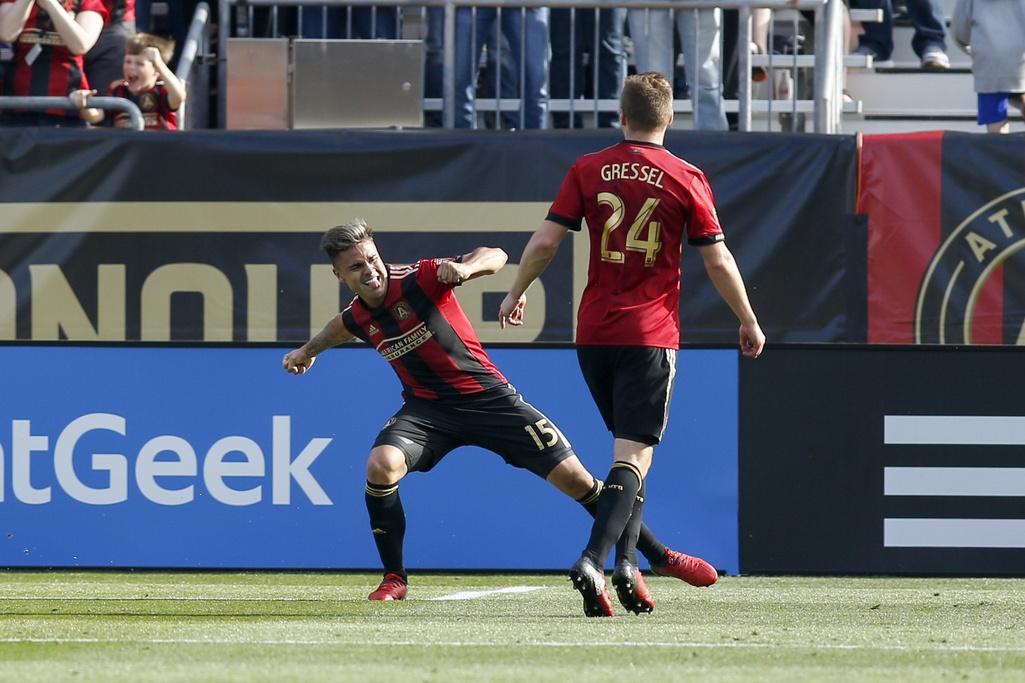 After a dominant showing in Minnesota a week ago, Atlanta United cruised yet again, claiming the first home win in club history.

Following a 5-1 thrashing of Minnesota United, Atlanta made it back-to-back victories with a 4-0 home win  over the visiting Chicago Fire at Bobby Dodd Stadium on Saturday.

Gerardo Martino’s side dominated early against the visitors, grabbing a 1-0 lead after four minutes. An own-goal off of Fire defender Brandon Vincent gave the hosts an early lead, one which they would not relinquish.

Things got worse for the Fire as defender Johan Kappelhof saw a straight red card for a foul on Atlanta Josef Martinez. Yamil Asad came close to doubling the hosts advantage in the 34th minute but saw his long-range effort saved by Fire keeper Jorge Bava.

The Fire’s best chance to equalize in the first half saw Joao Meira’s 45th minute header saved by Alec Kann. Martinez then extended Atlanta’s lead to 2-0 in the 60th minute after finishing off Miguel Almiron’s through ball assist.

Hector Villalba’s first goal of the season made it 3-0 in the 67th minute before Martinez netted his second of the match in the 82nd minute to cap the scoring at 4-0.

After netting 10 goals in their last two matches, Atlanta faces a tougher test in their next match: a visit to the reigning MLS Cup champions, the Seattle Sounders, on March 31. The Chicago Fire host the Montreal Impact on April 1, looking to bounce back from their first defeat of the season.

After scoring a hat-trick a week ago in Minnesota, striker Josef Martinez added two more goals to his tally on Saturday. The Venezuelan has quickly been a key player for Tata Martino’s side and will be heavily counted on to produce goals in the coming months for Atlanta. Midfielders Yamil Asad and Miguel Almiron also had a superb performances, each chipping in assists.

After Atlanta went up, 1-0, early, Johan Kappelhof really hurt his side’s chances by getting sent off. Following the dismissal, Atlanta was never really threatened by the opposition.

Kappelhof is the ideal player for this category as the defender really killed his side’s chances at putting in a good performance against an in-form team. The defender will be facing a suspension, which will force Veljko Paunovic into some changes following the international break.