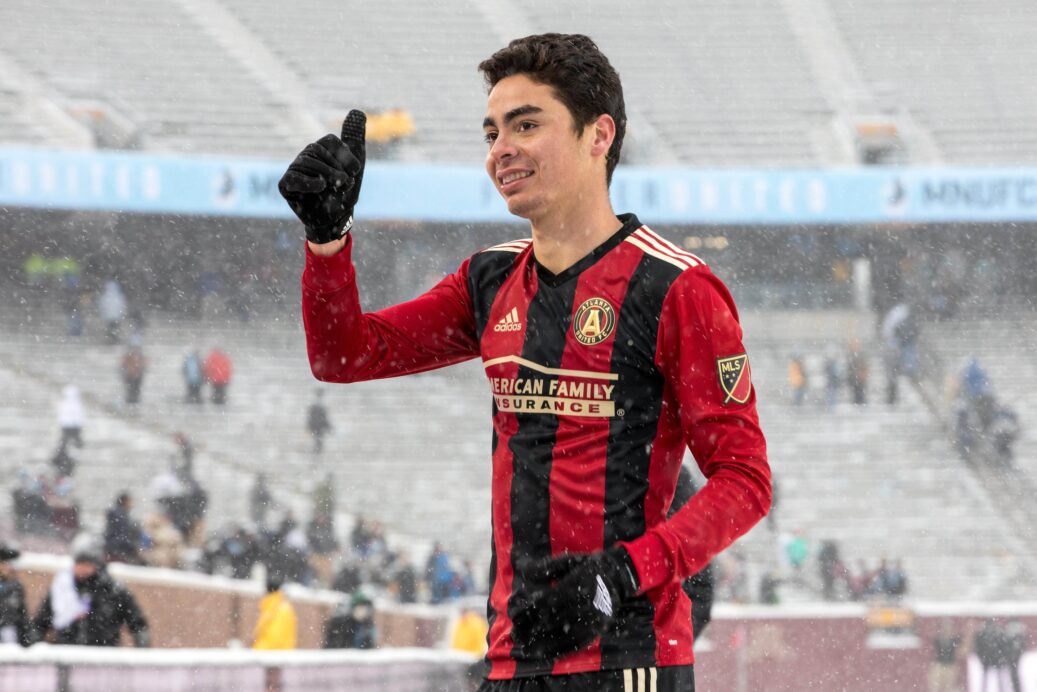 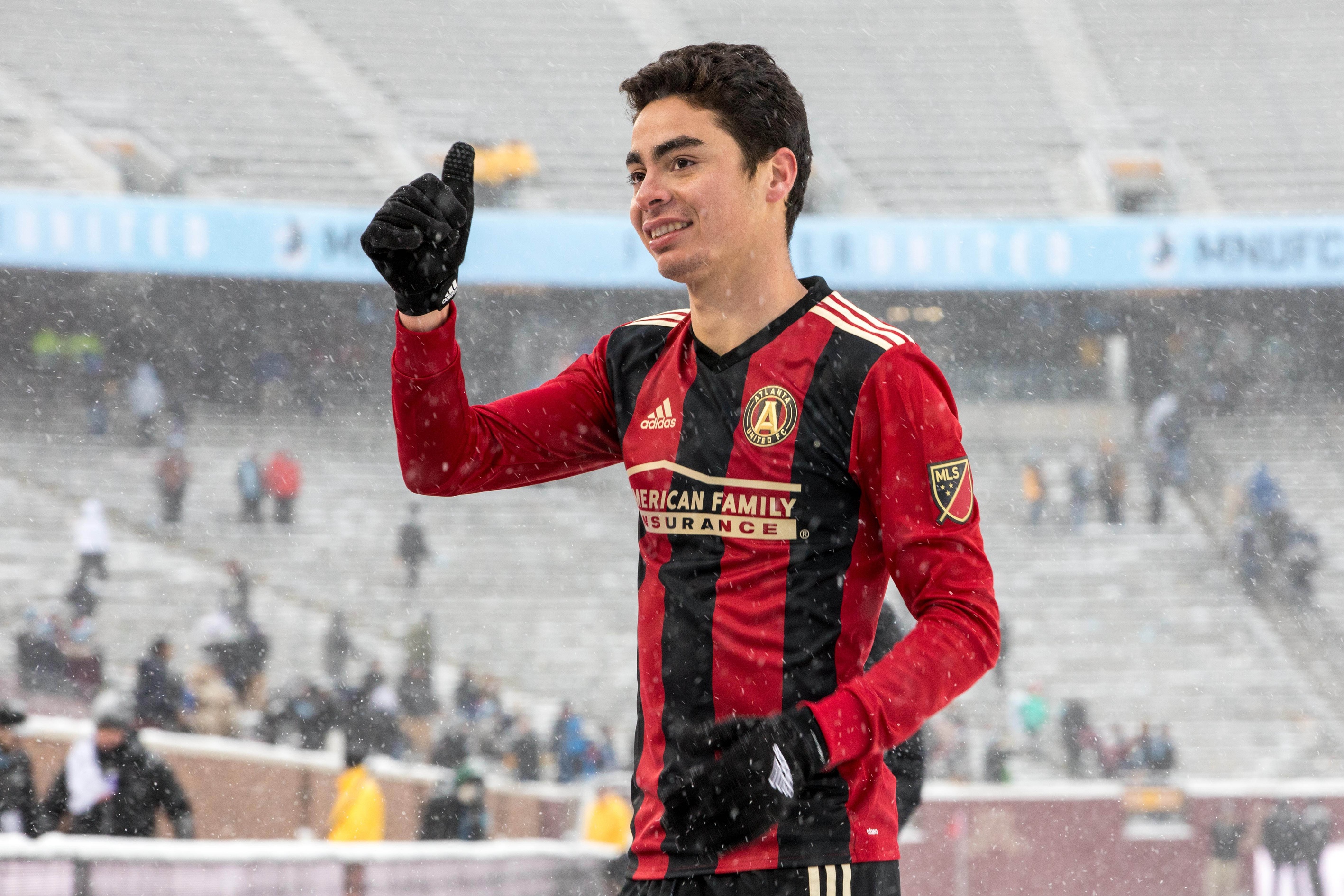 Major League Soccer wastes no time packing the heavy hitters after the end of the international break, as all four teams set to play on Friday night are pegged to contend for the postseason. Jozy Altidore, Michael Bradley and Clint Dempsey will be among the stars on display during Friday night’s national TV doubleheader.

In addition to what is expected to be a terrific Friday night, a World Cup champion could make his debut in front of his new home crowd.

Below is a look at the 10 games being played across MLS this weekend:

The final home opener on the league calendar kicks off a Friday night full of stars. Toronto FC plays host to Sporting Kansas City in the first match at BMO Field since the Reds fell to the Seattle Sounders in MLS Cup. Sebastian Giovinco is expected to be available for selection, as are the club’s returners from international duty: Jozy Altidore, Michael Bradley and Armando Cooper.

Sporting KC carries a four-game winning streak against TFC into Friday night. Peter Vermes’ side shut out the dangerous TFC attack in last year’s meeting at Sporting Park. Despite the strong streak against TFC in recent years, Sporting KC has won one just of its last 16 regular-season road games, with 10 scoreless matches a part of the dubious run.

Even with Josef Martinez sidelined for a few weeks, Atlanta United’s trip to Seattle will be one of the most star-studded clashes so far this season. Atlanta has been the darling of the league in the early part of the season due to its smooth attacking rhythm led by Martinez and Miguel Almiron. Don’t feel too bad for Atlanta with Martinez out, as Kenwyne Jones is expected to slide into the starting forward role.

Nothing seems to be stopping Clint Dempsey at the moment, and there’s a good chance he could find the back of the net for the third time in four games. If Jordan Morris does not feature for the Sounders, experienced forward Will Bruin could take the spot in the attack alongside Dempsey and Nicolas Lodeiro. Don’t automatically think this will be a shootout. Both teams possess defenses capable of silencing one of the league’s best attack units.

The San Jose Earthquakes have quietly put together a solid start to the 2017 campaign, with two victories at home and two beautiful golazos coming from an unlikely source in Anibal Godoy. Full back Nick Lima has been a pleasant surprise in defense, and you can always expect Chris Wondolowski to create a few chances over 90 minutes. Lima will face his toughest challenge of the season against the dynamic wingers in the NYCFC attack.

The front four of New York City FC is already in midseason form, with Rodney Wallace providing an extra boost on the wing alongside Maxi Moralez, Jack Harrison and David Villa. Wallace and Harrison have the potential to overwhelm Lima and Shaun Francis on the wings, and if that is the case, Patrick Vieira’s men could be on the way to another dominant victory at Yankee Stadium.

The Fire’s quest for World Cup glory hasn’t gotten off to the best start, with four points out of a possible nine and a seventh place spot in the Eastern Conference. The good news for Veljko Paunovic’s side is it is at home on Saturday, and there’s a positive buzz around the club with Bastian Schweinsteiger now in the fold. The German midfielder last played on Feb. 22, but there’s a chance he may come off the bench.

Montreal is still without a win in 2017, and it could be tough for the Impact to steal three points on the road against a team looking to turn the positive momentum off the field into a home victory. The Impact will also be dealing with the absence of Ignacio Piatti in attack due to a groin injury. More pressure will be on Dominic Oduro and Matteo Mancosu to create in a matchup that has produced 19 goals in the last five meetings.

The Columbus Crew’s starting lineup has drawn intrigue in the first few weeks of the season due to Gregg Berhalter’s shift to a 3-4-2-1. Now it comes under the spotlight because of the addition of Kekuta Manneh, who was acquired in a trade that sent Tony Tchani to the Vancouver Whitecaps on Thursday. A potential front four of Federico Higuain, Justin Meram, Ethan Finlay and Ola Kamara with Manneh mixed in should strike fear in any opposing defense. Also keep an eye on Alex Crognale and Artur, who have fit in well into Berhalter’s new system.

The fighting Cyle Larins made their first excursion out of Central Florida on Saturday with six points in hand. The Canadian forward has bagged all three of the Lions’ goals, and he’ll be the focal point of Jonathan Mensah’s defensive game plan. Jason Kreis is hoping to get a solid performance out of Will Johnson in an unusual role at right back. The Canadian will be occupied the entire match by the Crew’s dynamic wingers.

Both the Philadelphia Union and D.C. United are hoping the week off benefited them and produces the first win of the season. The Union may be unfairly in 10th place in the Eastern Conference after an impressive Week 2 showing at home against Toronto FC and a strong second half in Orlando two weeks ago. The Union have gotten three goals out of their two top forwards, and it will be a tough decision for Jim Curtin to pick if either C.J. Sapong or Jay Simpson starts up top.

At least D.C. United haven’t had the start Minnesota has had. Other than that, there aren’t too many positives to take out of the month of March in the nation’s capitol. Patrick Mullins is dealing with a knock, which means we could see Jose Guillermo Ortiz and former Union man Sebastien Le Toux up top for the Black and Red. The D.C. defense didn’t cover itself in glory in Week 3 against Columbus, conceding two penalties, and it will try to redeem itself with a strong performance against its close Eastern Conference foe.

In any other week, a return home after a rough outing would be seen as the perfect remedy to Minnesota United’s struggles, but the Loons will play host to a reinvigorated Real Salt Lake side on Saturday night. Adrian Heath’s side suffered mightily from the international break in Week 4, as the underwhelming Vadim Demidov headlined a cavalcade of defensive errors. The Brent Kallman-Francisco Calvo center back pairing must have a sturdy start, and if that occurs, confidence will continue to grow in front of a boisterous home crowd.

RSL turned in their best performance of the season a week ago at Red Bull Arena under interim manager Daryl Shore. Mike Petke is now in charge on a permanent basis, and the club will hope the hiring will spring more life into a side that needs a win in the worst way. Nick Rimando and Albert Rusnak are back from international duty, but there might be a few rough spots ahead as the Claret and Cobalt adjust to Petke’s style of play.

It may not pop out at you on paper, but the clash between the Red Bulls and Dynamo at BBVA Compass Stadium could be the most exciting one of the weekend. The new-look Dynamo challenged the Portland Timbers for a half on the road in Week 3, and even without the injured Romell Quioto, they’ll sport a dangerous attack led by Erick “Cubo” Torres and Alberth Elis.

The Red Bulls are one of six teams in MLS with one road win in March, and they should push the Dynamo for their second in three road contests. As much as some may not like it, Jesse Marsch will probably stick with the 4-2-2-2 formation, one that should receive a boost with the return of Sacha Kljestan from international duty. The Red Bulls downed Houston, 4-3, a year ago, and the Dynamo won, 4-2, back in 2015.

The LA Galaxy were dealt a disheartening blow this week with the announcement of Sebastian Lletget’s long-term foot injury. Replacing the USMNT midfielder won’t be easy, but at least the Galaxy defense will receive a boost with Ashley Cole, Jelle van Damme and Jermaine Jones are ready for selection. A stout defensive performance against a pacy Vancouver attack will be key to leave BC Place with a point.

The Whitecaps will have one eye on the CONCACAF Champions League semifinal second leg clash with Tigres on Wednesday as they approach the turf on Saturday night. Newly-acquired midfielder Tony Tchani is expected to be ready to go, but he may not start until Wednesday. Even with no Manneh on the roster, Carl Robinson has plenty of attacking options to choose from, he just has to find the right combination that will unlock the LA back line.

The New England Revolution go from one extreme to another in a span of eight days, as they visit the Timbers following a thumping of Minnesota at home. Juan Agudelo, Lee Nguyen and Kei Kamara may lead the team in goals, but it was Diego Fagundez who produced the best performance a week ago with incisive passing against the dreadful Loons. Heading to Portland could seem like a daunting task, but the Timbers defense has let in six goals, which is the second highest total in the league.

The Timbers hit a road block for the first time in 2017 by suffering a defeat to the Crew at Mapfre Stadium. No matter how many goals are conceded by the back line, the Timbers front six can strike in any capacity over 90 minutes. The matchup that will be key to win will come on the wings, as Sebastian Blanco and Darlington Nagbe take on Chris Tierney and Andrew Farrell.