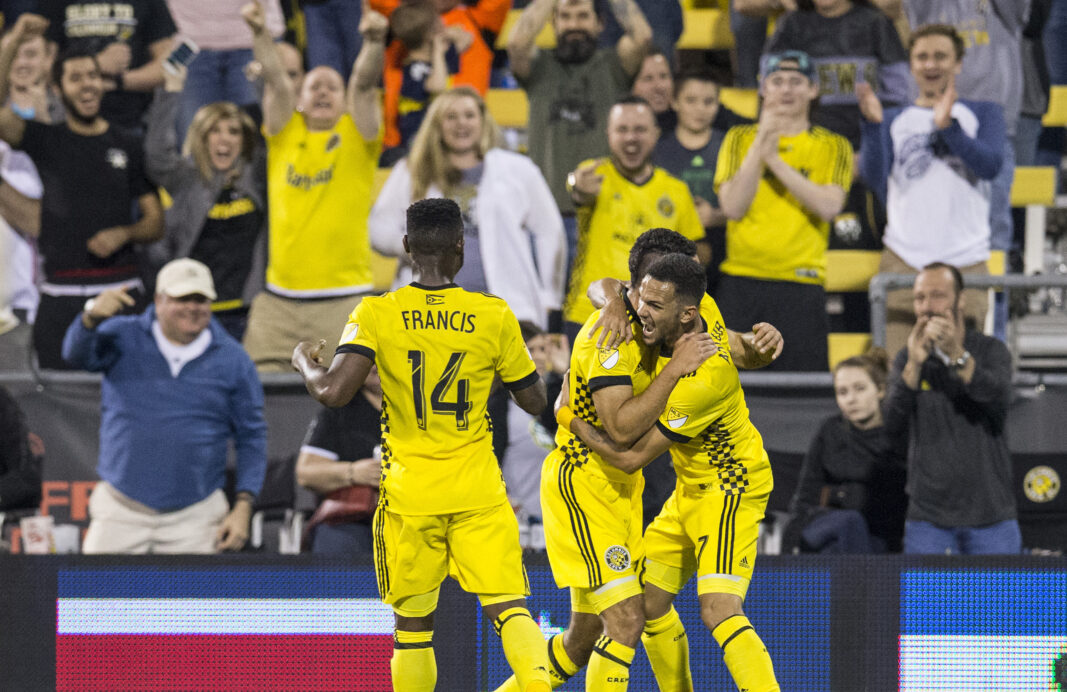 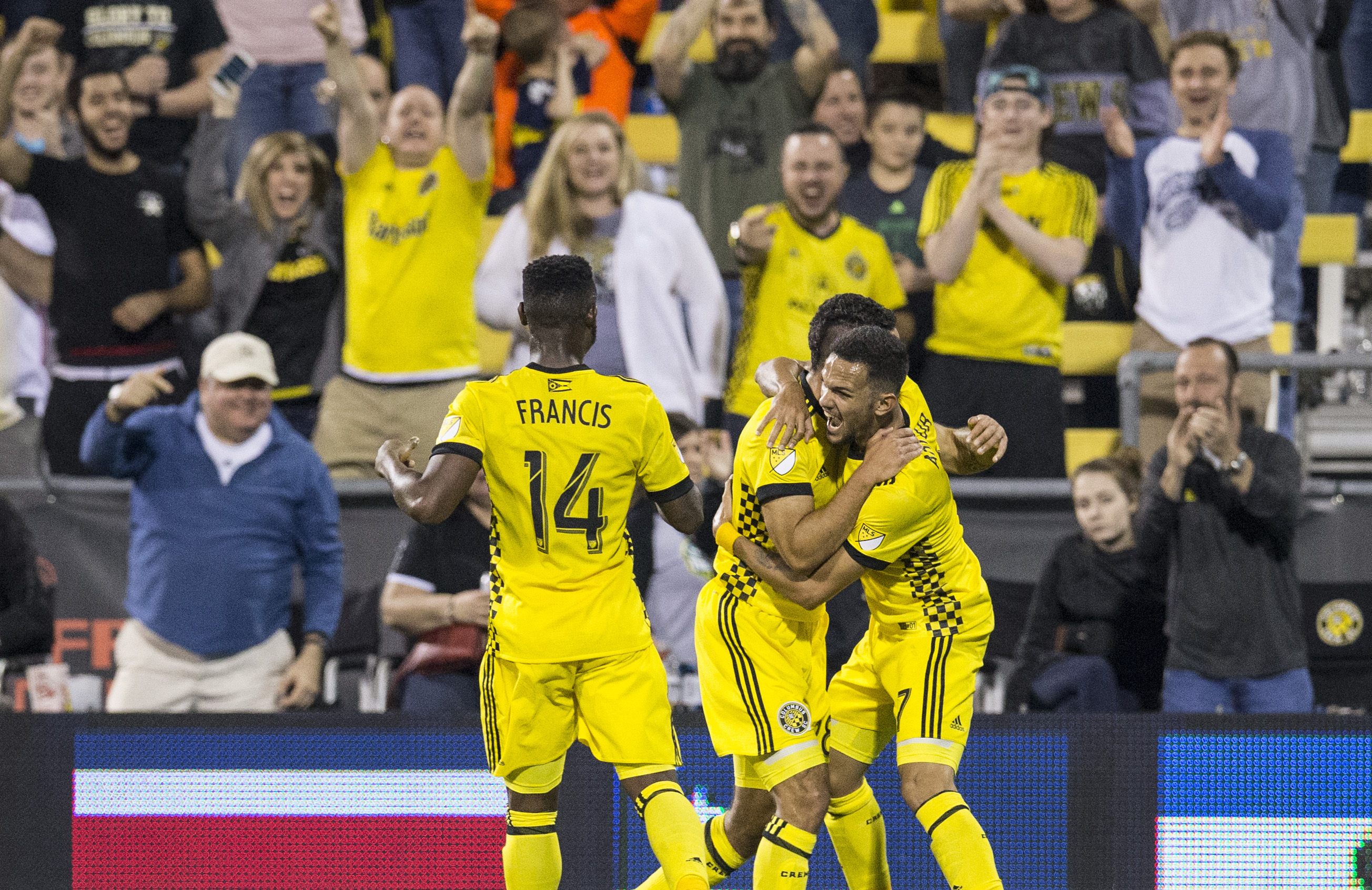 With most teams having been off for the international break, there isn’t much movement in this week’s power rankings, but a few teams in action earned some solid points for themselves.

The New England Revolution are the big winners of the weekend, as their 5-2 dismantling of Minnesota United will bump them up the standings while leaving the Loons stranded at the bottom.

Finally, the Columbus Crew pulled off a shocker as they dispatched the previously perfect Portland Timbers at home in a victory that will see their stock quickly rising.

OUTLOOK: No match this past week for FC Dallas and no match this weekend either as they prep for leg two of the CONCACAF Champions League semifinals at Pachuca on Tuesday.

THIS WEEK: vs. Atlanta United on Friday.

OUTLOOK: After a nice week off, the Sounders return to face one of the hottest teams in the league in Atlanta United. They may be in luck, however, as the southern team will be without star striker Josef Martinez after his injury during the break.

LAST WEEK: Lost to the Columbus Crew, 3-2, on Saturday.

THIS WEEK: vs. the New England Revolution on Sunday.

OUTLOOK: One of the league’s last two perfect teams fell over the break, as the Timbers found themselves on the losing end of a late goal to the Crew. Four first half goals set a quick pace, as Fanendo Adi’s score just before the half tied the match at two, but it wasn’t until Niko Hansen’s 84th minute effort that the deadlock was broken and the Timbers dropped all three points. They’ll face a team coming off a big victory this weekend when they welcome the Revs.

THIS WEEK: vs. Sporting Kansas City on Friday.

OUTLOOK: After a week of recuperation, Toronto FC returns on Friday for a weekend opening showdown with Sporting Kansas City.

THIS WEEK: at the Houston Dynamo on Saturday.

OUTLOOK: After losing their first match since midway through last season, the Red Bulls failed to bounce back against coach-less Real Salt Lake, who battled admirably en route to a big road point. The Red Bulls face another stiff test this weekend as they visit the surprising Houston Dynamo, seeking to get back on winning track.

THIS WEEK: at the Seattle Sounders on Friday.

OUTLOOK: If you could lose the international break, Atlanta United did. They’ll be without star striker Josef Martinez for 4-6 weeks after an injury with Venezuela. Will Kenwyne Jones be able to step up as Atlanta visits the Seattle Sounders this weekend?

OUTLOOK: Though a few key players fell hard with Honduras against the U.S. Men’s National Team, they now return to the Dynamo where they’ve had a successful start to the season. A difficult opponent lies in wait however, as the Red Bulls will be seeking a return to form after a loss and draw in their last two matches.

OUTLOOK: After their week off, NYCFC will hope to return to winning form as well. After missing several key opportunities against the Montreal Impact, the team will want to polish their finishing as they take on the San Jose Earthquakes on Saturday afternoon.

OUTLOOK: Sporting Kansas City found their first win of the year just before the international break, largely thanks to a David Bingham own goal from the Quakes. This week they’ll hope to win on their own merit, but will have a hard time doing so as they visit Toronto FC in the Reds home opener.

THIS WEEK: at New York City FC on Saturday.

OUTLOOK: The Quakes finally lost for the first time just before the break, after a David Bingham own-goal sealed the team’s fate. Now they’ll travel to the east coast and Yankee Stadium as they face a dangerous attacking NYCFC team.

OUTLOOK: Raise your hand if you predicted Orlando City to be the last perfect team of the season. Anyone? The Lions will hope to keep it that way when they face the Columbus Crew, coming off a strong victory of their own over the break as they defeated the previously perfect Timbers.

OUTLOOK: The Crew were the surprise winners of the weekend, as Niko Hansen’s late goal gave the hosts a 3-2 victory over the league leading Timbers. Now they’ll take on the league’s last remaining perfect team as they welcome Orlando City, hoping to knock out this unbeaten opponent as well.

THIS WEEK: at the Vancouver Whitecaps on Saturday.

OUTLOOK: The Galaxy earned their first points of the season before the break, and now seek their second win on the road in the great white north when they visit the Vancouver Whitecaps.

OUTLOOK: The Colorado Rapids get an extended break, as they don’t have a match this weekend in addition to having last weekend off.

OUTLOOK: The Montreal Impact earned a hard-fought point at NYCFC last week before the international break. Now they’ll visit the Chicago Fire, who are coming off a brutal defeat down in Atlanta, but shouldn’t be overlooked with the new addition of Bastian Schweinsteiger.

THIS WEEK: vs. the Montreal Impact on Saturday.

OUTLOOK: The Chicago Fire will be looking to bounce back in their return from the international break, after a brutal 4-0 loss to Atlanta United in their previous match. They’ll take on the frustratingly difficult Montreal Impact on Saturday, who escaped Yankee Stadium with a point in their last match.

OUTLOOK: A slow start for the Union will hopefully pick up this weekend as they travel to the nation’s capital. They’ll take on D.C. United, who are the only team in the league yet to score a goal. The Union have been competitive in all three matches this year, but they’ll want to put it all together this weekend for their first win.

THIS WEEK: vs. the LA Galaxy on Saturday.

OUTLOOK: The Whitecaps have a few decisions to make this weekend, as they welcome the LA Galaxy north of the border before taking on Tigres in leg two of their CCL semifinal match. Whether they choose to rest players for the midweek showdown or not, they’ll hope to hold their ground against the Galaxy at home as they seek their first win of the year.

OUTLOOK: D.C. United remains in a bad place right now, as they are the only team in the league without a single goal on the year through three matches. Correspondingly, they’ve earned just a point and sit dead last in the Eastern Conference. They’ll hope to take advantage when the Union come to town, however, with the potential full return of Luciano Acosta after an appearance last week bolstering the team.

THIS WEEK: at the Portland Timbers on Sunday.

OUTLOOK: The Revolution are on the board after earning their first win of the season and are the big winners of the break, trampling the lowly Minnesota United with a 5-2 scoreline. The Revs will hope to take that momentum west as they face a far tougher test in the Portland Timbers, looking to bounce back from their first loss of the year.

OUTLOOK: After the dismissal of head coach Jeff Cassar, interim coach Daryl Shore earned a valuable point on the road for RSL against the Red Bulls. Shore will stay in charge this weekend at Minnesota United, but will then give way to new coach Mike Petke going forward. Shore will hope to hand Petke the team after earning the team’s first victory of the year.

LAST WEEK: Lost to the New England Revolution, 5-2, on Saturday.

OUTLOOK: It still hasn’t gotten better for Minnesota United, as they took on the winless Revs during the break and found themselves on the losing end of a 5-2 rout. They’ll return home this week to take on Real Salt Lake and interim coach Daryl Shore, but can Adrian Heath pull his team together and plug the goal leak in his defense?