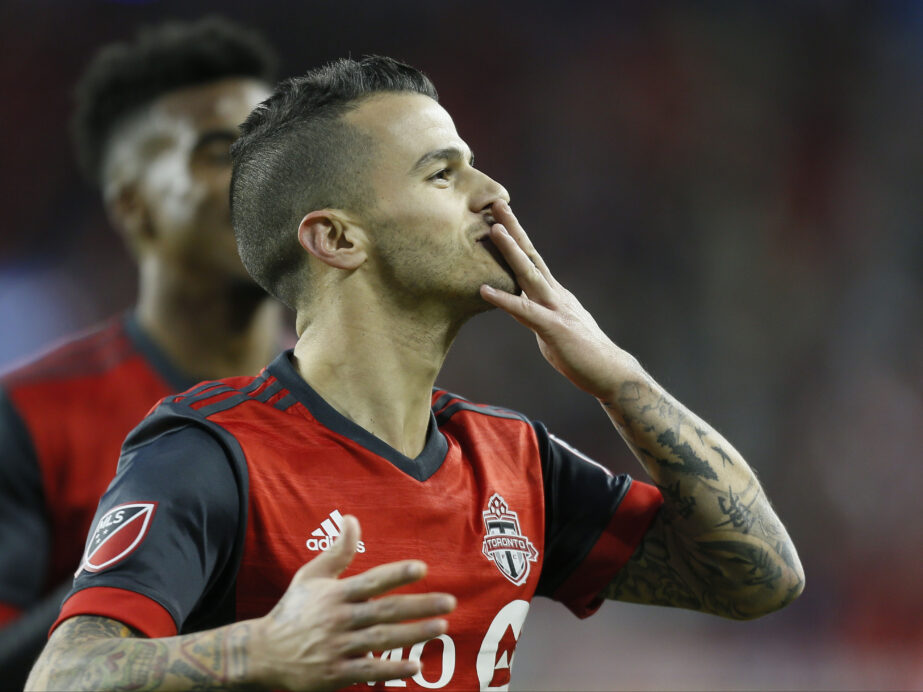 Week eight of the MLS season produced a spectacular goal in Portland, but the Timbers’ Cascadian rival put on the performance of the week down south in California.

The Seattle Sounders put together a comprehensive performance to take down the LA Galaxy at the StubHub Center. The standout individual highlight of the weekend came from Darlington Nagbe, who sent a rocket strike from the top of the box past David Ousted against the Vancouver Whitecaps on Saturday. The spotlight was firmly on Toronto FC star forward Sebastian Giovinco as well as he put on a spectacular show in his team’s win.

Here’s who our editors chose for Week 8 honors:

Sebastian Giovinco had a field day in Toronto FC’s 3-1 victory over the Chicago Fire, recording his first multi-goal performance since August 6 to secure the Reds’ first home victory of the year. While TFC have started slow this season, Giovinco appears ready to pull his team up by the bootstraps and into contention once again.

Oh, and he also sealed the victory with this ridiculous free kick for his second goal of the night.

While Giovinco and TFC were impressive in their victory, the Seattle Sounders put on the most comprehensive performance of the week in their 3-0 beatdown of the LA Galaxy. Clint Dempsey and Jordan Morris each recorded a goal for the Sounders, with the third coming from an Ashley Cole own goal as the Galaxy were buried at home.

Nick Lima continues to play a vital part in the San Jose Earthquakes young season. The University of California product played all 180 minutes of the Quakes’ two matches this week, and while this weekend’s 2-0 loss to the Houston Dynamo didn’t go his team’s way, his defense was a big part of the Quakes scoreless midweek draw against the New England Revolution.

Darlington Nagbe did the Vancouver Whitecaps defense dirty on this brilliant run and finish from long-range, and then mean-mugged to cap it off. After picking up the ball in the center of the field, Nagbe danced around three or four Whitecaps defenders before uncorking a cross-body blast that deflected off the underside of the crossbar and stunned the home crowd early.