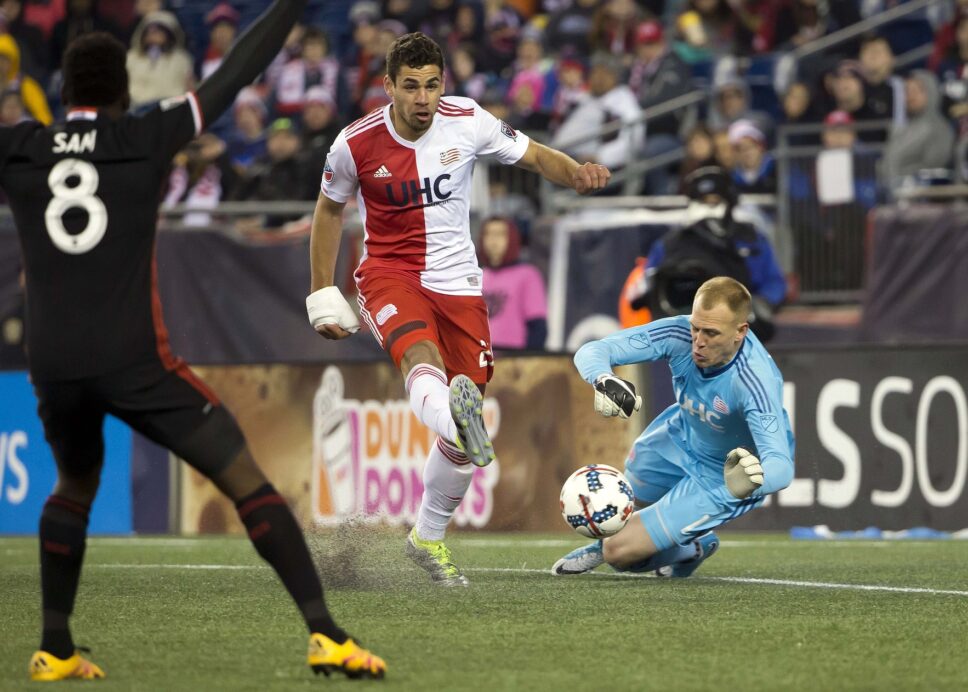 In a four-goal thriller at Gillette Stadium on Saturday evening, the New England Revolution fought back for a point in a 2-2 draw against D.C. United.

The Revolution were coming off a midweek home draw against the San Jose Earthquakes, while D.C. United fell 2-0 against the New York Red Bulls last Saturday.

Lee Nguyen put the hosts ahead after five minutes, heading home Kei Kamara’s cross to the center of the goal. It was Nguyen’s fourth goal of the season, and his second in the month of April. D.C. United’s Ian Harkes saw his long-range effort in the 14th-minute strike the left post, which kept the score at 1-0 to the hosts.

After Kamara and Diego Fagundez saw their first-half efforts saved by Bill Hamid, D.C. quickly fought their way back into the match. Jared Jeffrey’s 26th-minute finish following a set-piece situation tied the score at 1-1.

Two minutes later, the visitors took their first and only lead in the match as Sebastian Le Toux finished off Lloyd Sam’s through-ball assist for a 2-1 D.C. United advantage. It was the French international’s first goal for the club since joining from the Colorado Rapids in the offseason.

Revolution keeper Cody Cropper made a pair of saves on Sean Franklin and Kofi Opare to keep the deficit at 2-1. Harkes was unlucky for a second time, seeing his 40th-minute header go off the bar following a set-piece.

However, early in the second-half, the Revolution got a lucky break to draw them level as an own-goal off of Franklin tied the game at 2-2.

Hamid again kept out efforts from Fagundez and Kamara to keep the score level, while Kamara also saw an 81st-minute effort strike the left post. The Revolution saw late efforts from Teal Bunbury and Daigo Kobayashi miss, which stamped the final score at 2-2. Hamid made four saves for D.C. United, while Cropper made three for the Revolution.

Following their midweek draw, the Revolution (2-3-3) will take the point at home. Jay Heaps side will look to add to their nine points so far this season, traveling to the Seattle Sounders next Saturday. D.C. United (2-2-3) concludes a three-game road trip at Atlanta United a day later on April 30th.

Revolution striker Kei Kamara was a handful for the D.C. United back-line and was definitely deserving of a goal Saturday evening. Despite not scoring, Kamara added an assist on his side’s opening goal, while also seeing a late effort go off the post.

After going down, 2-1, before halftime, the Revolution knew adjustments needed to be made for a chance at a point. Quick pressure into the second-half forced an own-goal off of Sean Franklin which ultimately earned Heaps’ side a second consecutive point at home.

Sean Franklin will want to forget this matc,  and fast. The defender saw an own-goal go off of him early in the second-half which allowed the Revolution a share of the points. Combined with that, Franklin lost possession 20 times, which was more than any other D.C. United player.