Errors, not lack of breaks, add to Union’s misery 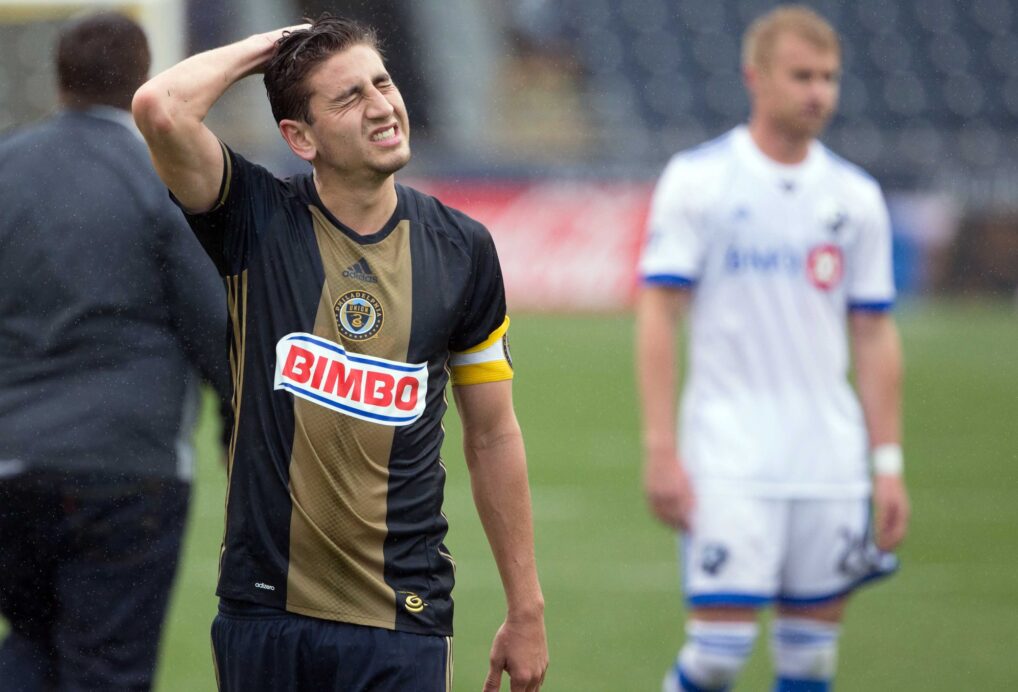 CHESTER, PA– Jim Curtin continues to preach that the Philadelphia Union are a break or two away from ending their now 15-game winless streak.

Well, on Saturday the Union received exactly that on two of their first three goals in the 3-3 draw with the Montreal Impact in which the club blew a three-goal lead and ended its three-game homestand with one point.

“We have talent, there’s no question about that,” Curtin said. “We have great players. We need to get a bounce here and there that can change a game. I thought we had some breaks in the first half, played well and scored some goals. We could have scored more. That killer instinct to finish off the game is something we talk about, something we work on. We came up short.”

The Union’s first strike came off a mistake by Marco Donadel that gifted C.J. Sapong the ball on the right side of the field. Sapong then found Roland Alberg in the box for the Dutchman’s first goal of the game. In the buildup to the third goal, a penalty by Alberg, center back Jack Elliott was knocked down by the much smaller Dominic Oduro.

Instead of the bounces not going their way, the Union simply did not defend well on the three strikes that came from the visiting side. On Ignacio Piatti’s 41st-minute strike, the Argentine blew past four players before sending his shot into the bottom-right side of the net. And even the Union players admitted more could’ve been done to halt his progress.

Going into halftime, the Union still had control of the contest on the scoreboard, but it appeared at the start of the second half that mentally the thought of blowing another lead at home was creeping into heads of the players.

“In the locker room the first couple of minutes we said we should not have conceded that (Piatti goal),” Bedoya said. “But at the end of the day, we came out of the locker room still confident. We said the next goal is very important, we wish we could have scored that and killed the game off. But we didn’t.”

Two goals from Anthony Jackson-Hamel, both of which the Union failed to defend properly, did the Union in and kept the longest winless run in the league alive. Poor marking from center backs Richie Marquez and Jack Elliott let the Impact substitute glide right into the box in the 69th minute. Elliott also gave up on tracking Jackson-Hamel when Andre Blake spilled the rebound that led to the equalizer in the 87th minute.

“Defensively, it’s a whole team effort,” Bedoya said. “Picking up second balls, midfielders. The goals they scored today, those are goals we can do better by putting bodies on, being more physical. I try to set the tone by winning duels against Piatti. But just be more aggressive. We can’t let guys take a touch in the box free. Be more physical, more aggressive.”

But for as terrible as the second half was, there was still some positivity left after the match, which is something the players and coach must cling to at this point in the season.

“I think it depends on how you look at it,” Sapong said. “For me, it’s easier with the mental lapses than having a team play better than you and run you off the field. So I think it’s just all about perspective. I’m glad that these are things that we can still control.”

“There’s not a group of guys that deserves a win right now with the amount that they work and amount that they put in each and every day,” Curtin said. “Very gutted for them not to get the first win of the year.”