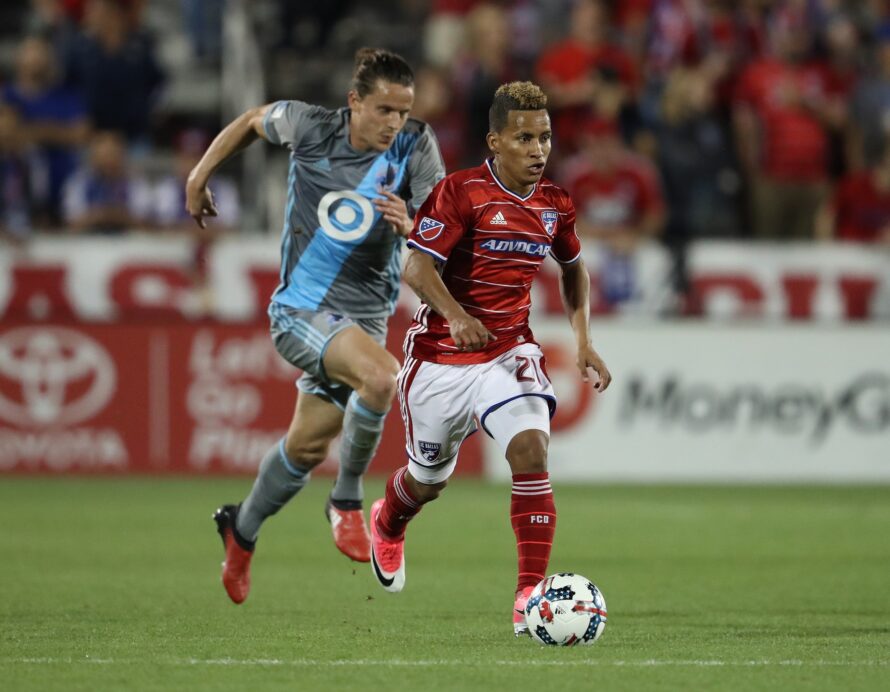 Oscar Pareja’s side fell in Pachuca midweek, but showed a short memory against a Minnesota United side coming off their first win of the season a week ago in a 2-0 win at Toyota Stadium on Saturday.

Kevin Molino came closest to leveling the score quickly into the second-half as his long-range effort was saved by Jesse Gonzalez.

Just a minute later, the hosts doubled their lead as Michael Barrios netted his first goal of the season. The 25-year-old found some nice space inside the box and finished off Kellyn Acosta’s assist to the top-right corner.

Recently acquired midfielder Sam Cronin forced Gonzalez into a tough save in the 51st-minute, while Johan Venegas faced the same result on his 58th-minute strike. Substitute Abu Danladi tested his luck from an 86th-minute header, but Gonzalez again was up to the task.

At the final whistle, FC Dallas remained unbeaten to start the 2017 MLS season with a 2-0 home victory. Gonzalez was huge making six saves in the clean sheet, while Shuttlesworth made three saves in the defeat.

FC Dallas (3-1-0), now with 10 points on the season, will face the San Jose Earthquakes at Avaya Stadium next Friday as they look to remain unbeaten. The Loons (1-1-4) face another strict test next Saturday, facing off with the Houston Dynamo at BBVA Compass Stadium.

Jesse Gonzalez earned honors with a six-save clean sheet to help preserve his side’s win. Now in his third season with FC Dallas, Gonzalez with called into some big saves especially even after having a 2-0 lead. The 21-year-old, who was only making his second appearance of the season so far, kept out the likes of Johan Venegas and Sam Cronin to preserve the clean sheet.

Barrios’ goal in the 49th-minute really forced the Loons into a full-blown offensive attack for any chance of earning a point. After conceding very early into the second-half, Minnesota resorted to numerous long-range efforts for any chance of a lifeline. However, thanks to the insurance goal from Barrios, FC Dallas defended strongly and remained unbeaten.

Loons striker Christian Ramirez was disappointing to say the least, especially as his team tried to fight back. The 27-year-old may have four goals so far this season, but he was held to three shots in total, with none of them reaching Gonzalez in the FC Dallas goal.