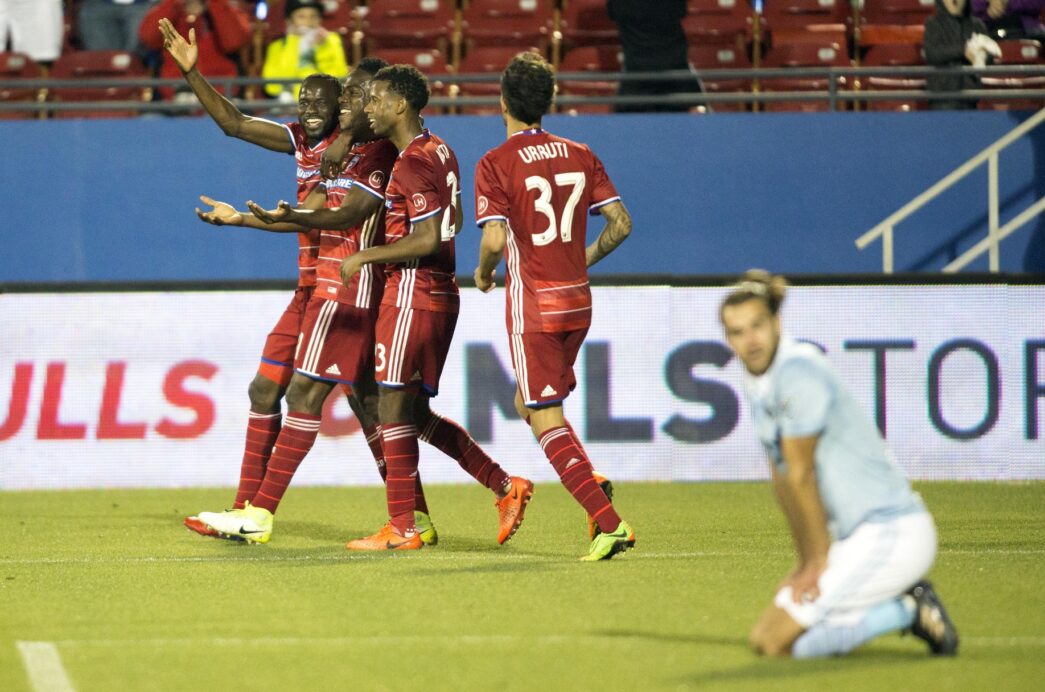 It took plenty of time to break through a solid Sporting KC defense, but, in the end, FC Dallas found the goal and remained the only undefeated team in MLS.

FC Dallas finished off an onslaught late to defeat previously-unbeaten Sporting KC at Toyota Stadium in Frisco, Texas. Maynor Figueroa’s 77th-minute header earned the 1-0 win for Dallas, and dispatched an excellent performance from Sporting KC goalkeeper Tim Melia. The win for FCD raises them to second in the Western Conference. Sporting KC dropped to fourth in the conference with the loss.

The FC Dallas goal came in the 77th minute, and it made the score 1-0 in a game that saw FC Dallas create plenty of chances. An emphatic header from Maynor Figueroa punished the inattentiveness of defender Seth Sinovic, giving FCD what turned out to be the game-winner.

FC Dallas ruled the first half, forcing poor turnovers from Sporting in the midfield. Sporting KC goalkeeper Tim Melia turned in another outstanding performance with five saves. The second half proved a little less threatening for Sporting, but Dom Dwyer and the Sporting attack hardly managed a chance to score.

A scoreless draw looked likely for long stretches, but Maynor Figueroa’s 77th-minute goal changed everything. The win is FCD’s fourth of the season.

Sporting KC winger Gerso Fernandes turned in one of his most forgettable performances of the season. His contribution to Sporting’s right wing produced few chances to score.