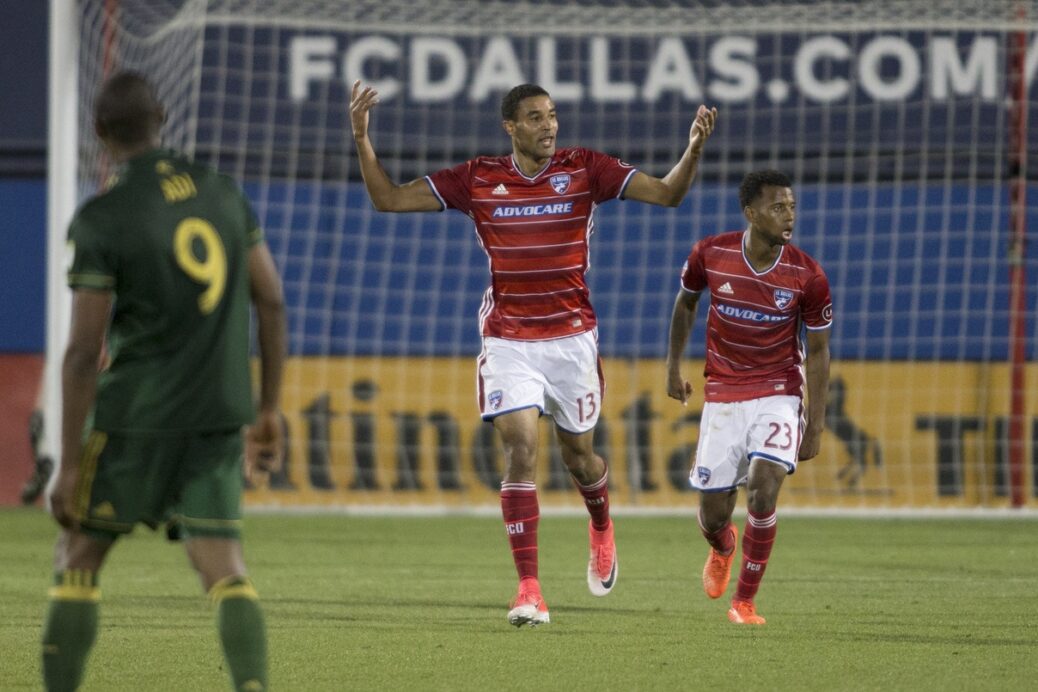 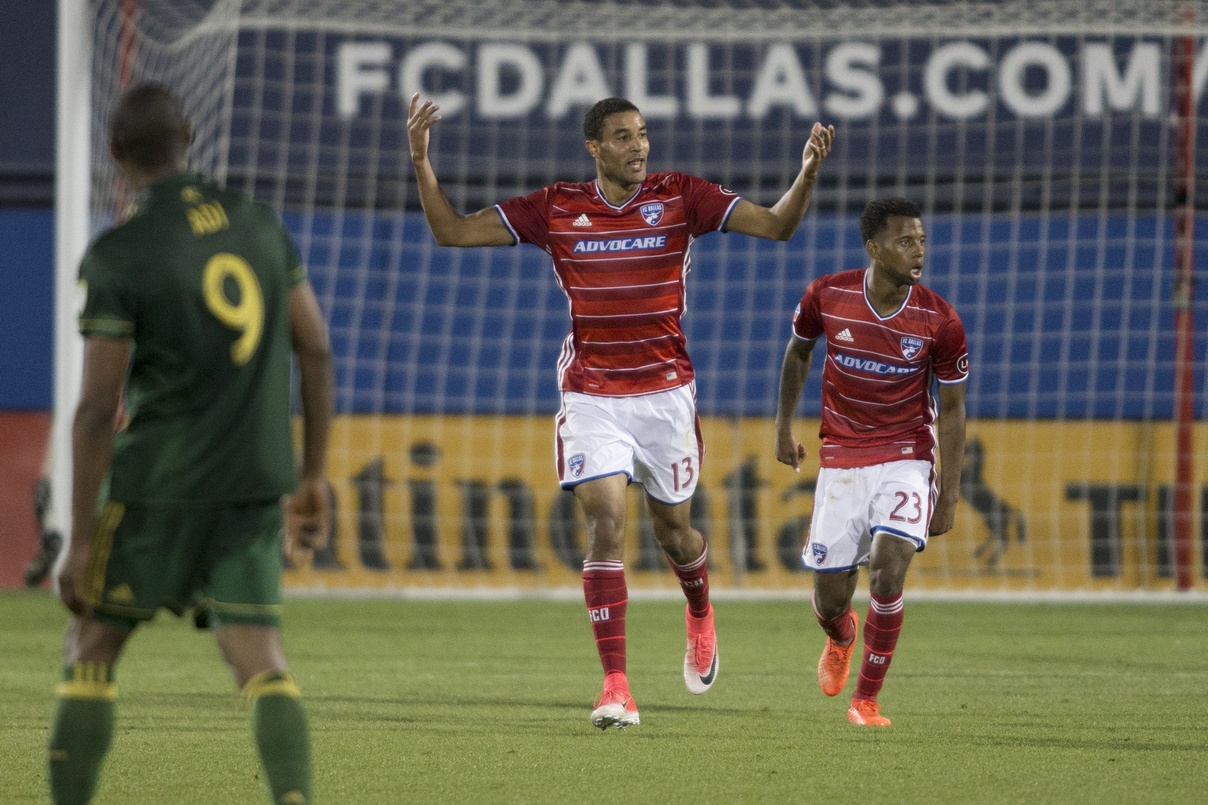 No separation was created between the Portland Timbers and FC Dallas in the Western Conference standings on Saturday night after the two sides played to a 2-2 draw at Toyota Stadium.

The back and forth affair ended with a Tesho Akindele’s 80th-minute equalizer that pegged the Timbers back for the second time in the match.

Fernando Adi’s 30th-minute header put Caleb Porter’s side ahead 1-0. The Nigerian international leaped above the pack in the box on a free kick and headed home David Guzman’s cross for his sixth goal of the season. The visitors took that 1-0 lead into the halftime break, but FC Dallas fought their way back just after the hour mark.

Maximiliano Urruti’s stunning left-footed effort from inside the box drew the hosts level. The forward took advantage of Kellyn Acosta’s hard work that dispossessed Darlington Nagbe in the final third. Urruti then eluded a few defenders before sending a rocket into the top-left corner of the goal.

Sebastian Blanco put the Timbers back in front 2-1 after 71 minutes with his first goal in green and gold. Blanco used a nifty turn in the box to set up a shot that slid into the bottom-right corner of the net.

Following misses from Urruti and Acosta, FC Dallas finally equalized on Akindele’s close-range effort that was created by Hernan Grana’s cross from the right wing.

FC Dallas had a chance to win the game, but Acosta’s 85th-minute effort from long-range forced a good save from the Timbers keeper Jeff Attinella.

The Timbers (5-2-2), who sit on 17 points so far, face another Western Conference road test at San Jose on May 6th. FC Dallas (4-3-0) remain unbeaten on the season, and travel to Real Salt Lake also on May 6th.

For FC Dallas, Tesho Akindele receives man of the match honors for netting his side’s second equalizer in the draw. The Canadian international recorded his first goal of the season for Oscar Pareja’s side on Saturday.

After FC Dallas drew level for the second time, it looked as if the hosts would pull out a late winner. Kellyn Acosta’s long-range effort forced a good save from Attinella, and if that shot went in we could be talking about a whole different result.

After two goals already in April, it would have been a good bet that Darlington Nagbe would add to that total on Saturday. The U.S. international played 83 minutes before leaving with an injury. Nagbe failed to record a shot on goal which was a surprise, while also losing possession 10 times.