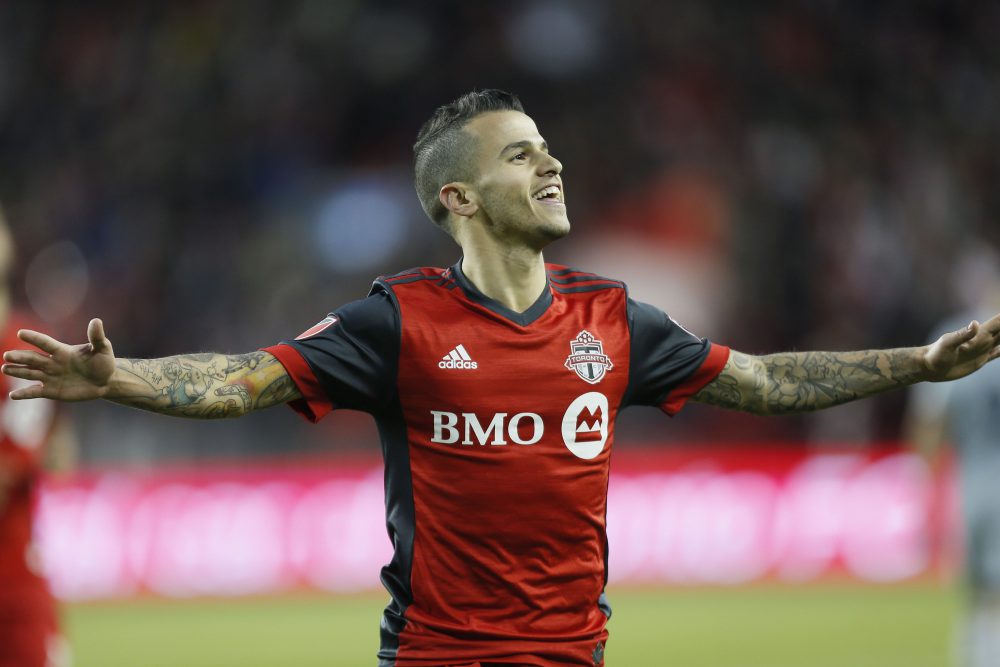 TORONTO — Sebastian Giovinco’s 2017 has not been kind to him thus far, but it took a turn for the better on Friday night as Toronto FC toppled the Chicago Fire 3-1 at BMO Field to earn its first home victory of the season. It’s also the Fire’s first defeat since Bastian Schweinsteiger’s arrival.

Giovinco opened the scoring after a brilliant first touch and turn, sending Michael Harrington to the ground before firing past a helpless Jorge Bava. The Italian completed his brace with a well-executed free kick in the 82nd minute, while Eriq Zavaleta was also on the scoresheet for TFC. David Accam netted a late consolation for Chicago.

The match opened with some excitement after Giovinco and Nemanja Nikolic were called offside after they appeared to give their respective sides an early lead. The Fire continued to possess the ball and tried to unlock TFC’s defense down the flanks, though it was seldom successful.

Toronto tried to take advantage by moving the ball quickly. However, Dax McCarty and Juninho were often in the right position to intercept the play. That was the case until Giovinco turned past Harrington and snapped a shot into the near post.

TFC did not let up after the opener, though. Raheem Edwards, making back-to-back starts at left wingback for the first time in his MLS career, continued to run at Harrington following the goal. The homegrown star connected with Jozy Altidore on a cross-field pass before the U.S. international found Giovinco again for another brilliant opportunity.

Eventually, the Reds doubled their lead through Zavaleta, who connected with Justin Morrow’s cross from the left flank. It’s the defender’s first goal in MLS since September 2015 and just his second overall.

Chicago responded well early in the second half. Michael de Leeuw nearly capitalized off a turnover by the TFC defense, while Schweinsteiger took hold of the creative reigns. However, the German’s through balls were not weighted properly for Nikolic.

TFC regained control and had a monumental chance to make it 3-0, but Altidore fluffed his shot wide at the back post after a magnificent cross by Giovinco.

The Italian designated player completed his brace in the 82nd minute via an incredible free kick, hitting the underside of the crossbar before crossing the line. It’s Giovinco’s first multi-goal match since his hat trick on August 6 versus the New England Revolution.

Accam salvaged one goal after a slaloming run down the middle of the field before calmly slotting the ball past Alex Bono.

With the victory, TFC temporarily moves up to sixth place in the Eastern Conference with 10 points, while the Fire remains one point up on Toronto in third.

It’s always difficult to go against a multi-goal game, which is why Sebastian Giovinco deserves the honor.

TFC appeared to have the win wrapped up at 2-0, but Sebastian Giovinco‘s free kick was one of the most well-struck set pieces of the season so far.

As solid as McCarty and Juninho were on Friday, Michael Harrington had an awful night. He was coughing up possession and constantly losing his marker.