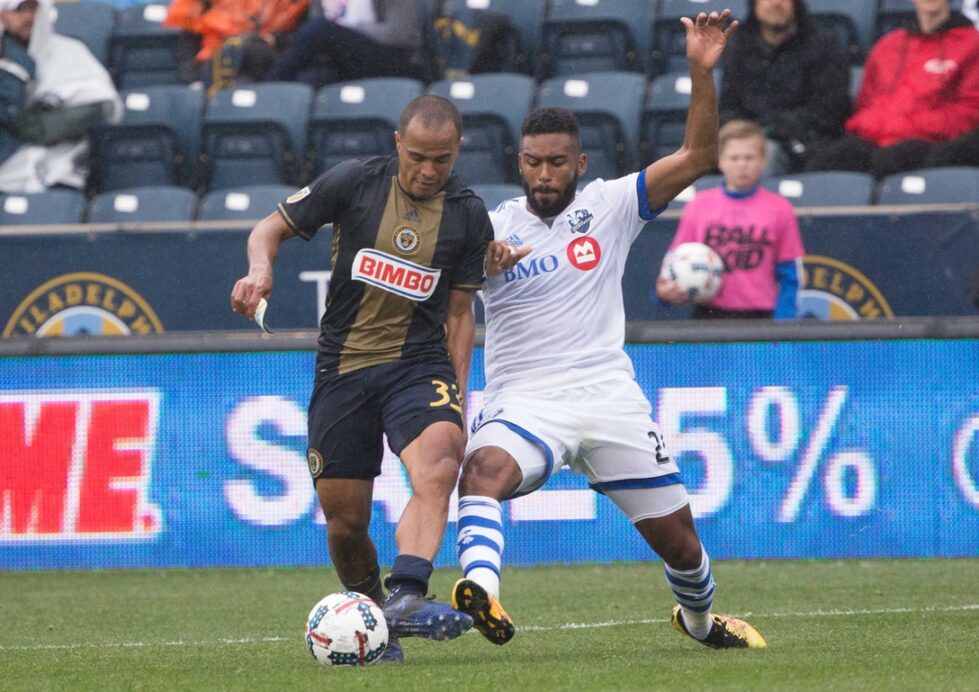 CHESTER, PA– As the ball rolled away from the body of Andre Blake in the 87th minute, the positive feelings created by the Philadelphia Union throughout Saturday’s match were instantly taken away and replaced with the normal grief that that the club has been used to feeling.

Anthony Jackson-Hamel’s second-half brace led the Montreal Impact back from three goals down in a 3-3 draw, one which keeps the winless Union away from their first victory since August 27, 2016.

The Union used a two-goal performance from Roland Alberg and a strike from C.J. Sapong to take a three-goal lead, but like many times before, the Union failed to close out the contest.

Early on, the Union picked a needed opener in the fifth minute when C.J. Sapong rushed to capitalize on a turnover 25 yards from goal. Sapong found Roland Alberg, who eluded Laurent Ciman and rolled in his first goal of the season and 10th in a Union shirt.

Sapong switched from provider to scorer in the 23rd minute as knocked in a header from close range on the remnants of a set piece. Haris Medunjanin played a ball from right to left that found Chris Pontius, who hit the ball over to an open Sapong after Evan Bush committed to the left side of the penalty area.

The floodgates opened further in the 39th minute, when center back Jack Elliott was knocked down in the box by Dominic Oduro. Alberg stepped to the spot, and saw his shot bounce off Bush before rolling over the right side of the line. The strike marked his second multi-goal game for the Union. He had a hat-trick on June 22 against the Chicago Fire.

However, the celebrations from the third goal were limited after Ignacio Piatti sliced apart the Union back line, starting from the left wing. The Argentine moved from left to right and placed his third goal of the season into the bottom-right part of the goal.The Impact came close to putting home a second right before the half, but Oduro wasted a golden opportunity near the right post in the 44th minute.

The visitors struck first blood in the second half in the 69th minute, when Jackson-Hamel’s head connected with a nice cross from Ambroise Oyongo. The goal was the second in two games for Jackson-Hamel, who deflected in the game-winner a week ago against Atlanta United.

Substitute Fafa Picault almost handed the Union a needed cushion in the 81st minute as he used his speed to latch on to a Sapong pass and break in on goal. Bush came off his line and made a terrific denial on the former St. Pauli man.

Jackson-Hamel brought the stadium to silence in the 87th minute, as he took advantage of a spilled save by Blake and washed away all the good work done by the Union in the first half.

The Union will head out to the StubHub Center next weekend for a clash with the sputtering LA Galaxy on Saturday night, while the Impact return home to take on fellow Canadian side Vancouver.

Jackson-Hamel’s second-half brace gave the Impact an unlikely point in Chester. Although Alberg put two away himself, the strikes from the Montreal substitute meant more to the final result.

Jackson-Hamel’s equalizer capped an impressive comeback by the Impact after struggling to gain any foothold in the opening stanza.

The normally reliable Blake will want his save on Mancosu in the 87th minute back. The Jamaican let the ball get away from him and it allowed Jackson-Hamel to plow through the box for the equalizer.