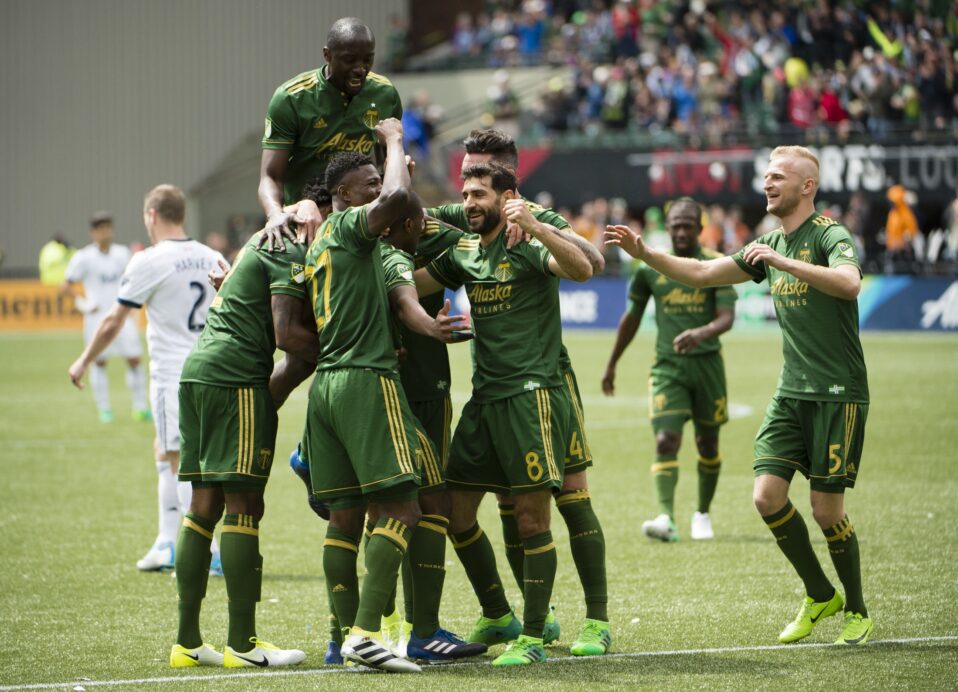 Following a 1-0 home loss a week ago against Sporting Kansas City, the Portland Timbers bounced back in a huge way on Saturday afternoon.

Caleb Porter’s side used a pair of first-half goals to defeat the visiting Vancouver Whitecaps, 2-1, on Saturday afternoon at Providence Park.

A wonder strike from midfielder Darlington Nagbe opened the scoring for the Timbers after 18 minutes. It was the midfielder’s second goal of the season.

It was Mattocks’ first goal of the season, and only his second in the last two seasons. Mattocks was filling in for the suspended Fernando Adi.

The Whitecaps were able to cut the deficit to 2-1 in the 59th-minute as striker Fredy Montero scored from a penalty-kick rebound. The Colombian forward saw his spot-kick saved by Attinella, but was able to slot home the rebound for his fourth goal of the season.

At the final whistle, the Timbers held on for their MLS-leading fifth victory of the season. Attinella made three saves in the victory, while Whitecaps keeper David Ousted made one save in the loss.

The Timbers (5-1-2), who currenly lead the Western Conference with 16 points, travel to FC Dallas next week. As for the Whitecaps (2-1-4), they face a road match against Canadian rivals, the Montreal Impact also on April 29th.

Darren Mattocks earned honors after netting what proved to be the winning goal on Saturday. The Jamaican international was placed in the starting lineup for the suspended Adi, and did not let Caleb Porter or his teammates down.

Once the Timbers took a 2-0 lead before halftime, it felt as if the hosts would not let that lead slip. It forced the Whitecaps to be more attacking during the second-half, and despite getting a goal on a PK rebound, that was truly their only real chance on goal. Attinella only was forced into one save after the score was 2-1, while the Whitecaps were forced back several times by the dynamic Timbers offense.

Whitecaps midfielder Cristian Techera was pretty quiet during Saturday’s defeat, not really having a huge impact on the match. The 24-year-old Uruguayan international had one effort on target, but only completed 13 passes which was the second fewest for a Whitecaps player.