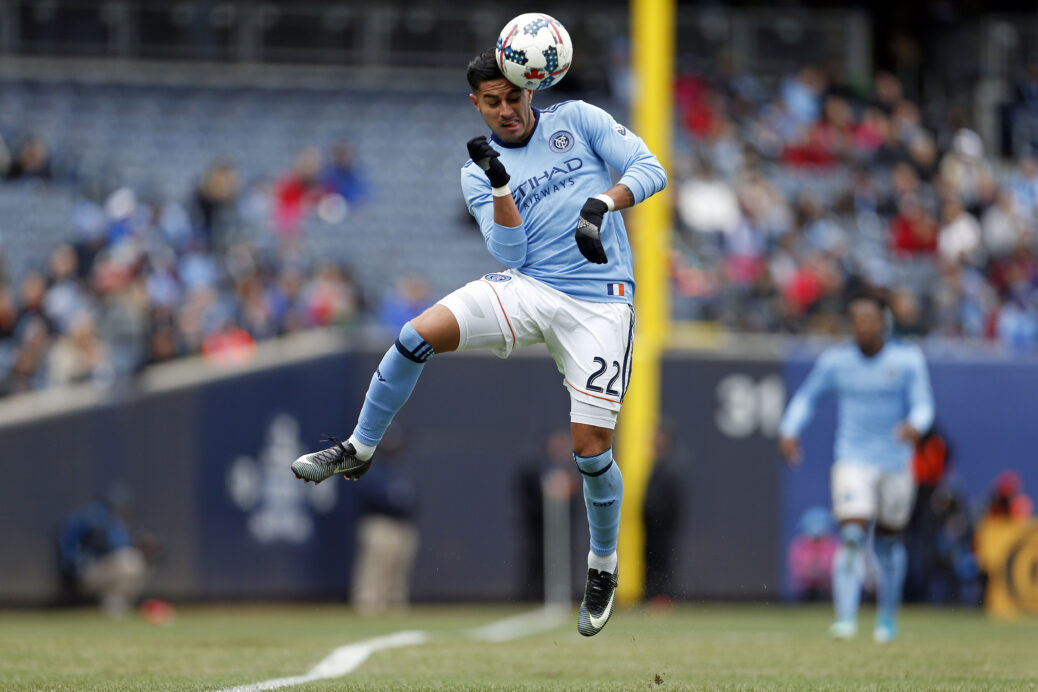 Bad news for New York City FC, as it appears they’ll be missing a key defender for several weeks

Costa Rican international Ronald Matarrita, who has established himself as one of the best fullbacks in MLS in his time with NYCFC, was carted off the training ground with an apparent ankle injury after a challenge on winger Jack Harrison. NYCFC confirmed later on Thursday that he will miss 4-6 weeks with the ankle injury.

It’s bad timing for NYCFC, as they face a tough challenge when Orlando City visits Yankee Stadium this weekend, and could’ve used Matarrita’s presence on both ends of the field.

The Cascadia Cup showdown on Saturday will be without a star forward due to a suspension from a Week 7 incident.

Portland Timbers forward Fanendo Adi was handed a one-game ban and an undisclosed fine by the MLS Disciplinary Committee on Wednesday for violent conduct in the 26th minute of the loss to Sporting Kansas City.

In the incident, Adi appears to elbow Ike Opara more than once while fighting for position in the box. The 26-year-old Nigerian has found the back of the net on five occasions in 2017, while also contributing an assist. One of Dairon Asprilla or Darren Mattocks seems to be the natural replacement, albeit a step down in skill in the box, for Adi on Saturday against the Vancouver Whitecaps.

One of the most reliable goalkeepers in MLS only has eight months remaining on his contract, but a new deal for Bill Hamid with D.C. United might be coming sooner rather than later.

A Washington Post report claims Hamid and the club are deep in negotiations for a multiyear extension. Hamid made $325,000 in 2016 according to the MLS Players Union database.

Another key incident from Week 7 was ruled to have been the wrong decision by an independent review panel.

Atlanta United successfully appealed the red card handed to Leandro Gonzalez Pirez in Saturday’s trip to Stade Saputo. The defender was sent off in first half stoppage time of the 2-2 draw with the Montreal Impact.

Gonzalez Pirez will be available for selection for Saturday’s visit to Rio Tinto Stadium to face Real Salt Lake.