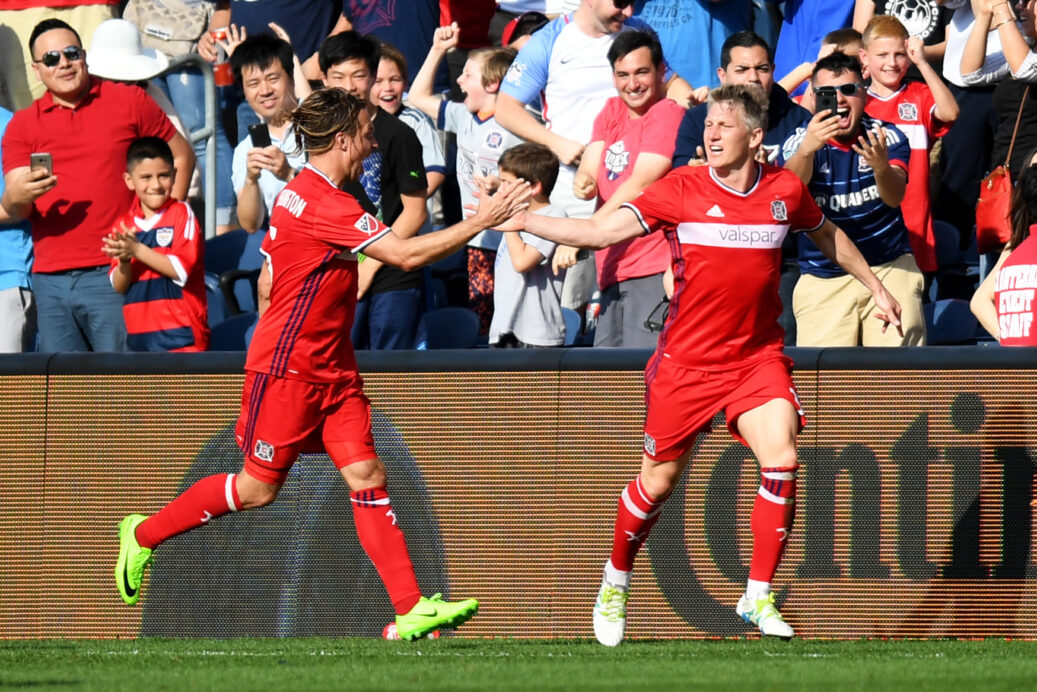 With week seven of the MLS season in the books, some surprising results headlined the action around the league.

The Vancouver Whitecaps took down Cascadia rivals, the Seattle Sounders, in a 2-1 victory thanks to a brace from former Sounder Fredy Montero. (READ)

The San Jose Earthquakes earned a point at home against FC Dallas, 1-1, on a last-second goal from Jahmir Hyka. (READ)

The Montreal Impact managed to seize all three points against 10-man Atlanta United, 2-1, thanks to a stoppage time goal from Anthony Jackson-Hamel. (READ)

The Chicago Fire, led by goals from Nemanja Nikolic and Bastian Schweinsteiger, earned a comprehensive 3-0 victory over the New England Revolution. (READ)

The Columbus Crew continued their strong start, coming from behind to beat Toronto FC,2-1, with goals Ola Kamara and Justin Meram providing the goals. (READ)

Minnesota United battled from behind to earn a point on the road from the Houston Dynamo, 2-2, with Christian Ramirez and Johan Venegas finding the back of the net. (READ)

Real Salt Lake continued their perfect start to the Mike Petke era, earning a 2-1 win over the Colorado Rapids thanks to Brooks Lennon’s late winner. (READ)

David Villa’s teammates were in awe over the New York City FC striker’s 50-yard chip over Andre Blake in the team’s 2-0 win. (READ)

Philadelphia Union coach Jim Curtin is trying to focus on the positives after the Union’s tough 2-0 loss to NYCFC. (READ)

Despite their penchant for late goals, the San Jose Earthquakes aren’t embracing the ‘Goonies’ comparison just yet. (READ)