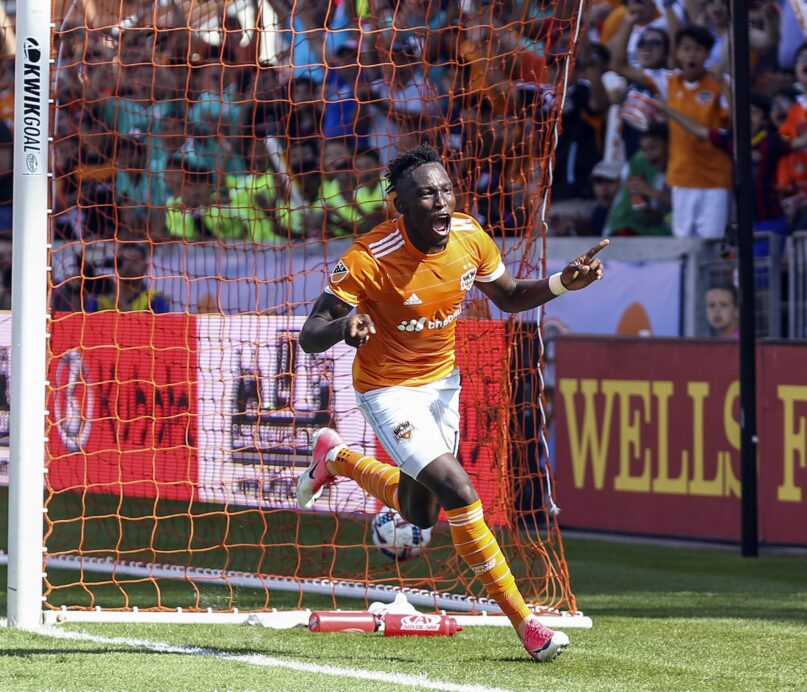 With week eight of the MLS season wrapped up, we learned that even the leakiest defense in the league can pull it together and that royal purple rules the East a fifth of the way through the year.

The New England Revolution couldn’t put away a number of chances against the San Jose Earthquakes in a scoreless draw in midweek action. (READ)

Toronto FC, led by star DP Sebastian Giovinco’s brace, earned their first home win of the year in a 3-1 victory over the Chicago Fire. (READ)

The Montreal Impact battled back from three goals down to seal a high-scoring 3-3 draw against the winless Philadelphia Union. (READ)

The Houston Dynamo continued their home dominance in a 2-0 victory over the San Jose Earthquakes. (READ)

The Portland Timbers, led by goals from Darren Mattocks and Darlington Nagbe, defeated the Vancouver Whitecaps, 2-1, in a Cascadian showdown. (READ)

D.C. United and the New England Revolution split a four-goal outburst in a 2-2 draw. (READ)

The New York Red Bulls put together a comprehensive performance in a 2-0 win over the Columbus Crew. (READ)

Atlanta United impressed on the road again in their 3-1 victory over Real Salt Lake. (READ)

The Seattle Sounders put on a dominating performance on the road as they won a strong 3-0 victory over the LA Galaxy. (READ)

Minnesota United recorded their first ever clean sheet as Miguel Ibarra scored his first goal to lead the Loons to a 1-0 victory over the Colorado Rapids. (READ)

Sebastian Giovinco and Toronto FC are beginning to thrive with a faster attacking tempo. (READ)

It’s errors, not a lack of breaks, that have continued the Philadelphia Union’s misery. (READ)

The New York Red Bulls are back in form after a switch back to a 4-2-3-1 formation. (READ)