Red Bulls get back on track with win over D.C. United 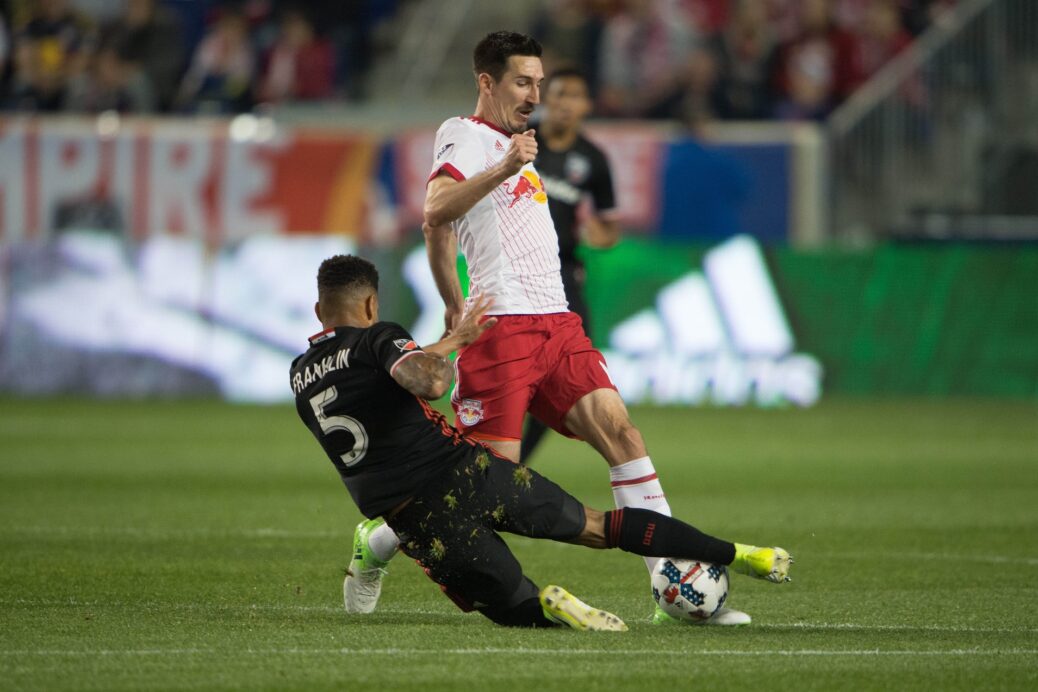 It took the presence of the club’s fiercest rival to get the New York Red Bulls back on track.

Previously on a four game winless run, the Red Bulls bounced back in a big way on Saturday via a 2-0 win over rivals D.C. United. The win is just the Red Bulls’ third of the season, while the loss sees D.C. slump to defeat for the first time since March 19.

After exchanging a series of chances in the first half, the Red Bulls finally took the lead just moments into the second period. On the end of a Sacha Kljestan corner kick, Alex Muyl headed a shot just past the outstretched Bill Hamid, giving the Red Bulls a lead in the 46th minute.

D.C. United, meanwhile, was held largely quiet, but the visitors did have their chances. Red Bulls goalkeeper Luis Robles was forced into four saves while D.C. fired an additional eight shots off target throughout the match.

The Red Bulls grabbed their third win of the season as the Columbus Crew come to town next weekend while D.C. United looks ahead to a visit to the New England Revolution.

As always, Alex Muyl was one of the Red Bulls’ more active players, and the midfielder was rewarded with what turned out to be the game-winning goal.

Muyl’s goal set the tone for the second half, helping the Red Bulls seize momentum after an up-and-down first 45.

The D.C. United attack was particularly off on Saturday. Defender Steve Birnbaum had four shots, twice as many as any of his teammates and four times more than any forward. As the playmaker, it’s on Luciano Acosta to get others involved, and D.C. simply didn’t do much of that on Saturday