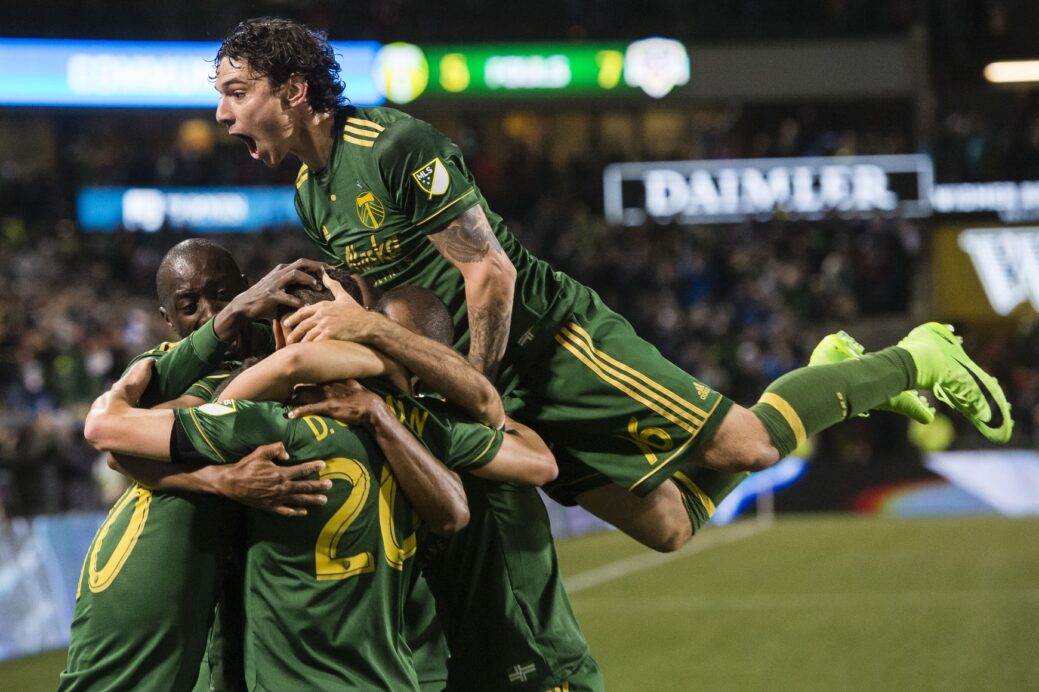 The Portland Timbers were projected to good in 2017. Their front four, on paper, was vicious, one of the best in the league, but it was up to their defense to hold up their end of the bargain if the team was to become a contender.

Thus far, they have, and that attack has flourished as the Timbers cruised through the month of March in impressive fashion.

In just four games, the Timbers fired a whopping 12 goals while earning nine points in the process. Those efforts pushed the Timbers to the top of the Western Conference while earning honors as March’s SBI MLS Team of the Month.

The Timbers began the season on a high, absolutely dismantling a Minnesota United team that didn’t know what him them. They followed up their season-opening 5-1 demolition with a 1-0 win over the LA Galaxy before rediscovering their goalscoring form in their third match. The Timbers pounded a resurgent Dynamo side, 4-2, with a trio of late goals from Diego Valeri, Fanendo Adi and David Guzman locking up the points. A 3-2 loss to the Columbus Crew served as a month-closing setback, but it wasn’t enough to derail what was a standout March for Caleb Porter’s team.

With their March run, the Timbers claimed SBI MLS Team of the Month honors over the Crew and FC Dallas.

What do you think of the Timbers start? Which team impressed you the most in March?