SBI Spotlight: Meram enjoying personal form as Crew get off to fast start 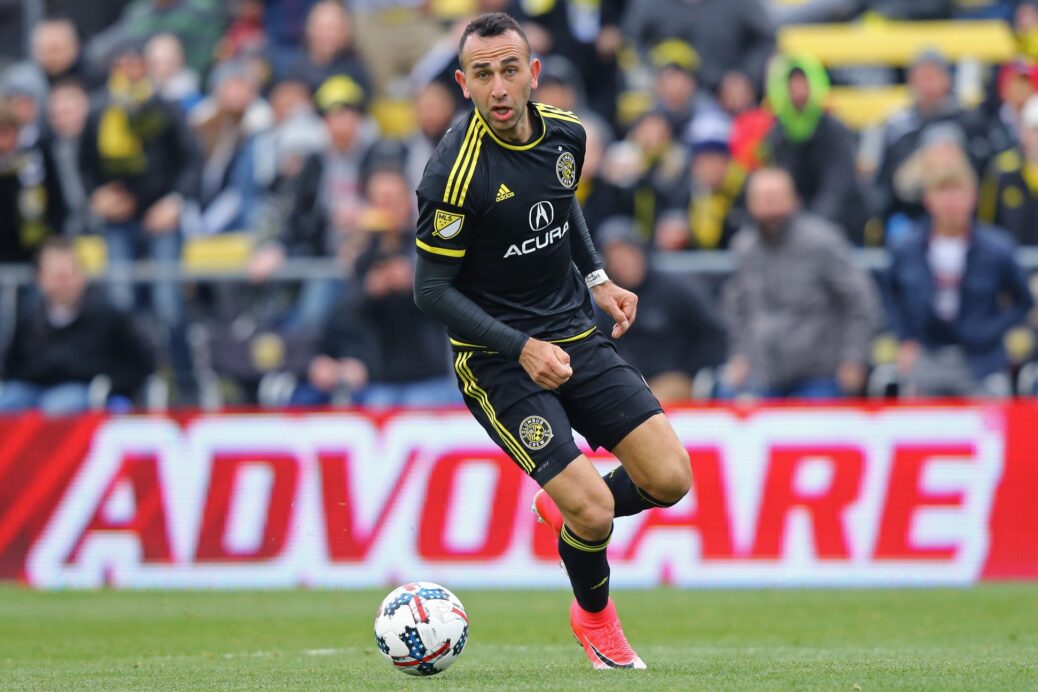 With six weeks gone in the 2017 Major League Soccer season, there’s an unexpected name on top of the Eastern Conference. The Columbus Crew are one of three teams in the league with more than 10 points, and the only team in the East to have reached that milestone.

A fast start is something that hasn’t happened in Columbus since 2014, when the Crew won their first three games. The reversal in early-season form is massive for a side that struggled to find consistent form in 2016.

“It’s definitely always good to get off to  a fresh start, something we haven’t had in the past, since 2014,” winger Justin Meram told SBI. “I think this year we realized how important it is to take the early games with a lot of weight and realize if you want to be in the postseason, we need to be winning games on the road and home early in the season.”

The 28-year-old Michigan native, who represents Iraq at the international level, has been at the forefront of the Crew’s hot start, with three goals and two assists, including a two-goal performance in Week 5 against Orlando City at Mapfre Stadium.

“I don’t know if I can pinpoint one thing (to the good form),” Meram said. “I’m just trying to be the best teammate. For myself, it’s just doing the right things like taking care of my body, staying active in training and learning about the game more. And whenever you play more games, you get more mature.”

Meram was one of the few bright spots toward the back end of 2016 in Columbus, as he scored once and provided four assists in October, a string of performances that helped him secure a contract extension in March. With the pressure of negotiations off his shoulders, Meram is now flying forward with little distractions.

“Signing the new extension took all the distractions of negotiations out and I wanted to focus on my game and that always helps as a player,” Meram said. “So getting that out of the way really helped mentally and it’s allowed me to play the game.”

In the past few years, Meram has become a solid contributor on the international level as well, but he was not involved in Iraq’s most recent AFC World Cup qualifiers against Australia and Saudi Arabia. Meram removed his name from consideration for the matches due to the recent restrictions on travel implement by the United States government.

Meram made clear his absence from the international game is temporary, but for the time being he remains away from the Iraqi setup.

“It’s a feeling and a situation I don’t want to go through again,” Meram said. “It’s never easy to not be part of your national team. With the situation I was dealt with, I had to make a decision based on myself and my family and what we feel is right and make the difficult decision. I wish them the best and watching from afar, unfortunately the results didn’t go our way.

“This is temporary,” Meram added. “I wasn’t retiring from international soccer. This is something that is temporary and hopefully in the near future I’ll be back.”

Back stateside, Meram is dealing with more competition in midfield with the addition of Kekuta Manneh in a trade from the Vancouver Whitecaps that sent Tony Tchani back to British Columbia. Manneh may be a threat to Meram on the depth chart, but the move should only help the Crew reinforce their depth in the final third.

“He’s proven in the past that he’s a danger on the counterattack, scoring with his speed and his athleticism,” Meram said. “I think it’ll be really going forward for us and I think it was best for both players to get a change of scenery and you wish Tony the best of luck. We’re excited to have Manneh here and we know he’s going to bring another facet to this club offensively.”

There also some new faces in Columbus in defense that are putting the attacking players in better situations to focus solely on striking the back of the opponent’s net. The club reinforced the back line with the signing of Jonathan Mensah in the offseason and Artur has stepped into Tchani’s old role next to Trapp. Zack Steffen has also brought more consistency in between the pipes.

“A lot of these guys are coming in and being exactly what we needed,” Meram said. “Mensah, even Alex Crognale as a rookie, and Zack Steffen, you see how better we are defensively this year and that’s just really helping us on the offensive side because with a guy like Artur who is great in transition moments and then playing a ball to start our attack.”

The production from the faces new and old have put the Crew on top of the East for now, and it doesn’t look like they’ll be falling down from the peak anytime soon if everything keeps rolling in the right direction.