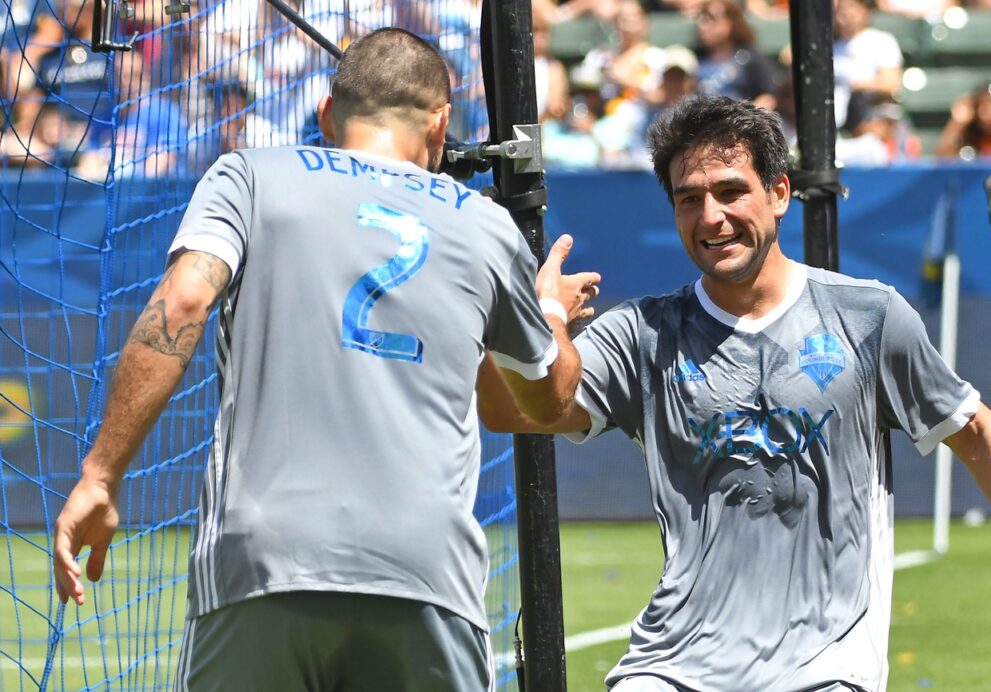 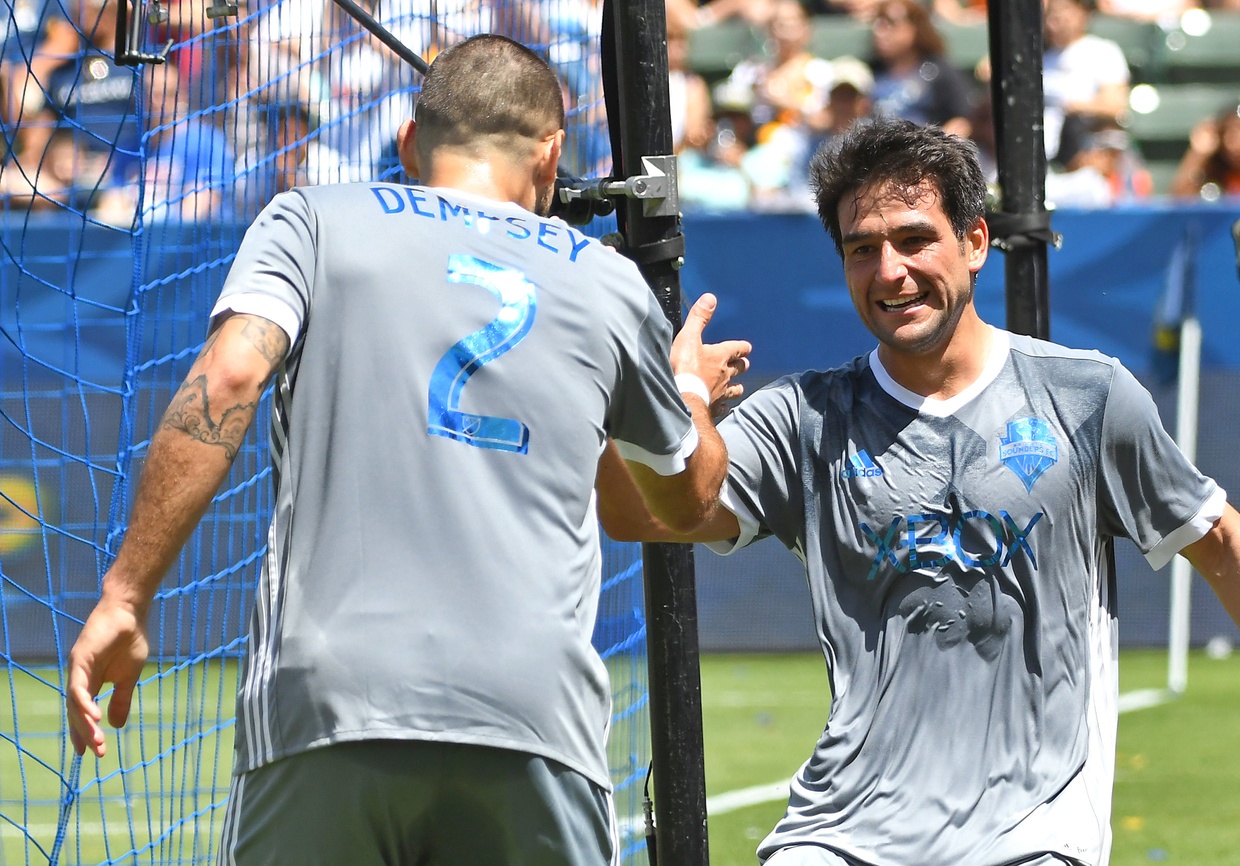 Call it a drubbing, a demolition, an annihilation or whatever word you choose.

The Seattle Sounders thrashed the LA Galaxy on Sunday afternoon 3-0 at StubHub Center to jump back into the top six of the Western Conference. The attacking trio of Jordan Morris, Nicolas Lodeiro and Clint Dempsey had their way for the majority of the match against the porous Galaxy, who dropped their third home game of 2017.

Seattle began to benefit from the attacking onslaught in the 29th minute, when a wide-open Nicolas Lodeiro crossed over to Clint Dempsey, who was also in space. Dempsey easily nodded in the opener from the right post.

The Sounders were celebrating their second strike six minutes later, as Joevin Jones’ cross deflected off the boot of Ashley Cole and into the back of the net.

The home side played so poorly in the opening 35 minutes that Curt Onalfo was forced into a change in the 38th minute to provide stability in midfield by bringing in Baggio Husidic for Emmanuel Boateng, a move that shifted Jermaine Jones further forward.

Jordan Morris banged in the third Sounders tally of the opening stanza on a beautiful counter that ran from right to left. The United States international sent in his shot from the left side of the box to hand the Sounders a comfortable halftime cushion.

The first concrete chance for the Galaxy came in the 52nd minute off the boot of Giovani dos Santos. Stefan Frei failed to clear a cross from the right wing and the ball dropped right to the Mexican. However, dos Santos bounced his shot wide of the right post, an attempt that perfectly summed up the Galaxy’s performance.

Dempsey had a pair of opportunities to add a fourth in the 58th minute after Morris burned through the Galaxy back line and dropped the ball off for his American teammate. Dempsey clattered his shot off the post and scuffed the attempt produced by the rebound.

The Galaxy tried to challenge Frei for the remainder of the second half to create something positive, but that wasn’t the case for Onalfo and company.

LA will try to rebound against another struggling side, Philadelphia, on Saturday night. Seattle returns home to play New England on Saturday.

All three stars in the Seattle attack shined bright on Sunday, with Dempsey providing a goal and an assist. The presence of Will Bruin sucking in defenders from the forward position allowed all three to thrive from the start.

For 27 minutes, the Galaxy held things together against Seattle’s pressing attack, but the first goal from Dempsey broke their backs. From that point on, the Sounders continued to have their way at StubHub Center.

Everyone involved with the Galaxy will hope to recycle their memories from Sunday as soon as possible, especially the central midfielders. Offseason acquisition Joao Pedro had a rough outing as the Sounders easily worked through the middle of the park for 90 minutes.