USWNT cruises past Russia in second game of friendly set 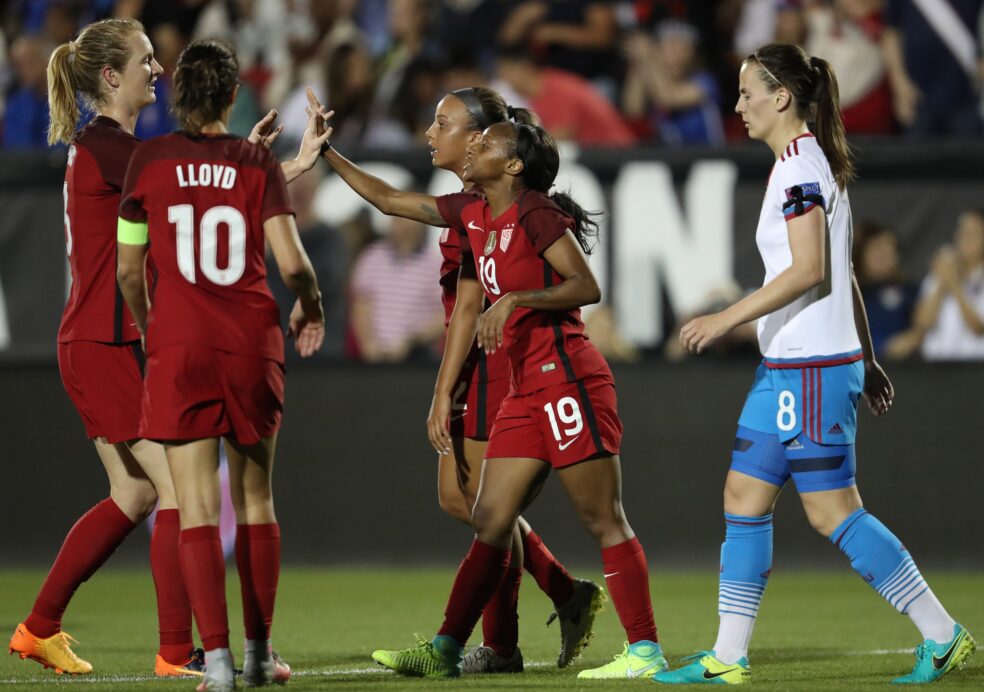 The U.S. Women’s National Team cruised past Russia in the first game of their scheduled friendly doubleheader. Sunday’s match proved more of the same.

After winning, 4-0, in the opener, the USWNT once again beat Russia in the second of the two friendlies, winning 5-1 on Sunday at BBVA Compass Stadium.

The scoring opened in the 20th minute after Ksenia Kovalenko took Crystal Dunn down in the box, resulting in a penalty for the USWNT. Carli Lloyd stepped up to take it, and though goalkeeper Iuliia Grichenko dove in the right direction, Lloyd still managed to slot it in the bottom right corner for her first goal of the year.

The next goal came in the 37th minute from Rose Lavelle, who has been enjoying a stellar first few caps with the USWNT. Mallory Pugh found a darting Lavelle near the penalty area, who finished soon after.

Dunn wasted no time scoring the third goal, making the score 3-0 just a minute after Lavelle’s goal. Meghan Klingenberg had the ball on the left flank, and crossed it to Dunn, who scored right in front of goal.

Russia managed their only goal of the two-match series against the U.S., as the away side won a penalty after a call on Casey Short  Daria Makarenko fired the ball past goalkeeper Ashlyn Harris in the 42nd minute for the Russian’s lone finish.

It seemed like Russia was gaining some momentum before the visitors scored an own goal in stoppage time of the first half. Kovalenko was in front of goal, attempting to clear a Lavelle corner, but instead tapped it on the wrong side of the goal for 4-1 right before halftime.

There was one final goal in the second half, as Dunn scored her second of the match three minutes after the break. Pugh got another assist, as she made it into the penalty area only to see Dunn on the other side of the box. Pugh played the pass to Dunn, who easily scored the team’s fifth goal of the match.

The only change between the lineups of the two matches came in goal, with Alyssa Naeher being replaced by Ashlyn Harris, who had very little to do. Harris was eventually switched out in the 74th minute for Jane Campbell, who received her first cap.